Watch: What is the Irish history of the ballad “Danny Boy”

Irish singer Cathy Maguire discovers the history behind the famous ballad and even treats the audience to a powerful rendition of the song. 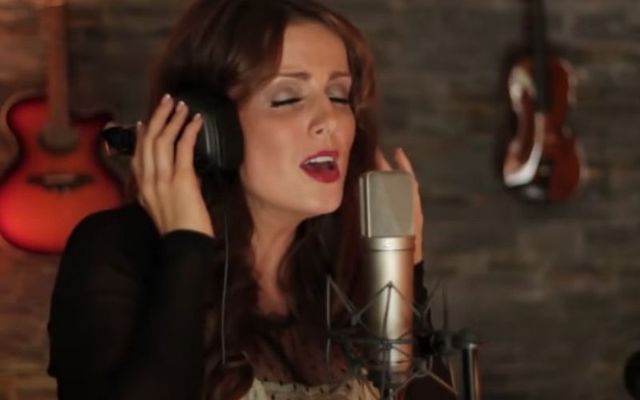 Did you know that 'Danny Boy' wasn't written by an Irish person? Singer Cathy Maguire explains the history behind the famous ballad.

You probably can hum the tune to 'Danny Boy' without giving it much thought, you might even have belted it out during a night out. But do you know the history behind the famous ballad?

In this video, Irish singer Cathy Maguire travels to Limavady, Co Derry in Ireland to uncover the real story behind the worldwide phenomenon that is the song 'Danny Boy'.

She explains that the ballad is set to a traditional Irish song-like vocal or instrumental composition, called 'Derry Air'. Jane Ross of Limavady is credited to having collected it in the mid-19th century from an unnamed musician she encountered.

Later on, Margaret Enright Weatherly hears the tune being played by Irish emigrants and sends it to her brother, Frederic Weatherly, an English lawyer and lyricist.

At the time he had written the lyrics of 'Danny Boy' to another melody but found it wasn't successful, yet he found when he put the song with the tune of 'Derry Air' it was a perfect match.

Watch Irish singer Cathy Maguire discover the history behind the famous ballad. She even treats the audience to a powerful rendition of the song!:

Weatherly gave the song to the English opera singer Elsie Griffin, who introduced the song to a wider audience. The first recording was made in 1915 by the German vocalist Ernestine Schumann-Heink.

There are many theories behind the lyrics of 'Danny Boy'. Some popular theories include a parent wishing their son to return to them before they die or a parent sending a message to a son at war.