WATCH: Archive footage of a conversation with an Irish gravedigger from 1971

In this archive footage from the show "Newsbeat", reporter Cathal O’Shannon speaks with gravedigger Paudge who has worked for 56 years in the job. 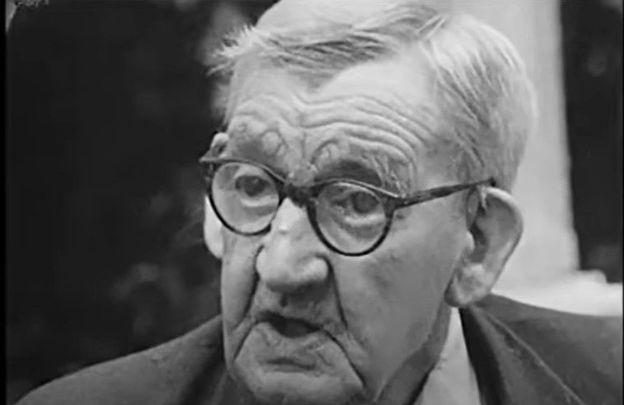 This archive footage shows an Irish gravedigger explaining what it's like to be in his line of work.

Gravedigger Paudge dug his first grave in 1912. Speaking to reporter Cathal O’Shannon from the show "Newsbeat" broadcasted on RTÉ in 1971, Paudge says when he first started on the job, people were buried in sections of the cemetery based on how much they could afford to pay for a grave.

When the system changed people were allocated the next available plot in the graveyard, regardless of their wealth.

"Let King George go there, let you go next, let me go next, let the traveling man on the road go next, no exceptions made now sir, everyone folly suit sir, money don’t count now sir."

During his 56 years as a gravedigger, Paudge has buried 1,300 individuals and when asked by O'Shannon what his feeling is on death he says,

"I'll tell you the truth sir, when the day comes... no matter what you have or what you don't have, off you go. That right sir? The man with nothing in his pocket will go, and the man with the thousands will have to go too."

Paudge had his own grave picked out, "you'll not dig that yourself mind you?" he's asked.

"Oh sir, I couldn't because I'd be dead sir," he says in return.