In 2019, the RMS Titanic wreckage was visited by humans for the first time in almost a decade, documenting the White Star liners deterioration. 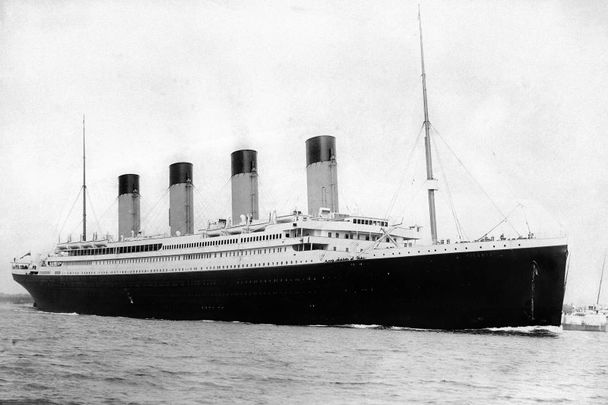 In 2019, the RMS Titanic wreckage was visited by humans for the first time in almost a decade. What they witnessed was the ship "returning to nature."

Footage of the Titanic wreck shows the “shocking” deterioration of the Belfast-built ship that famously sank during its maiden voyage in 1912, claiming more than 1,500 lives.

In August 2019, EYOS Expeditions led an expedition to the Titanic wreckage site where divers got up close to the ship's remains, the first mission of its kind since 2005.

EYOS noted that before commencing the dives, the crew held a memorial service at the site and laid a wreath in honor of those who died during the Titanic's sinking.

“Using the submersible camera systems, the team performed dedicated photogrammetry passes on the wreck, allowing highly accurate and photoreal 3D models of RMS Titanic to be produced," Triton said in a statement.

"These assets will help assess the wreck’s current condition and project it’s future, as well as making it possible to visualize the wreck using augmented reality (AR) and virtual reality (VR) technology.”

The divers were filmed for a forthcoming documentary from the London-based Atlantic Productions throughout their mission:

Atlantic Productions are pleased to announce they have recorded the first ever 4K images of RMS Titanic for a new Documentary. The images reveal the state of the wreck on the first manned dive for 14 years. #titanic pic.twitter.com/oxuEugs2N6

While the submarine mission gathered unique footage of the ship, scientists were also able to observe not only the decay of the ship, but the life that is thriving at the site that is more than 12,000 feet below sea level, bitterly cold, and pitch black.

Patrick Lahey, president and co-founder of Triton Submarines who piloted three of the recent dives, said: “The most fascinating aspect was seeing how the Titanic is being consumed by the ocean and returning to its elemental form while providing refuge for a remarkably diverse number of animals.”

Speaking with BBC, Titanic historian Parks Stephenson said some of the decay is “shocking.”

"The captain's bathtub is a favorite image among Titanic enthusiasts - and that's now gone. That whole deckhouse on that side is collapsing, taking with it the staterooms. And that deterioration is going to continue advancing."

"Titanic is returning to nature," he added.

Scientist Lori Johnson said in a statement: “The future of the wreck is going to continue to deteriorate over time, it’s a natural process.

"These are natural types of bacteria, so the reason that the deterioration process ends up being quite a bit faster, is a group of bacteria, a community working symbiotically to eat, if you will, the Iron and the sulfur.”