The Titanic Memorial Lighthouse was erected in 1913 in honor of the 1,496 dead passengers and crew. 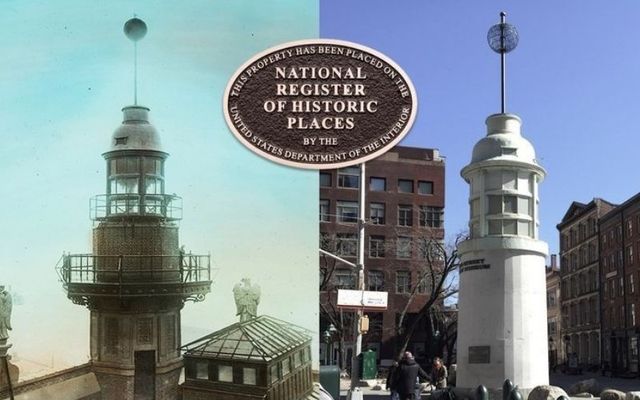 A New York organization has launched a petition to list the Titanic Memorial Lighthouse in Manhattan as a US National Landmark.

Friends of the Titanic Lighthouse Restoration also want to restore the lighthouse to its former glory by April 15, 2022, the 110th anniversary of the sinking of the Titanic.

Located in the Seaport District of Manhattan, the Titanic Memorial Lighthouse was erected in 1913 in honor of the 1,496 passengers and crew who perished when the Titanic tragically crashed in the Atlantic Ocean.

The lighthouse was designed by architects Warren & Wetmore, who designed Grand Central Station, and simultaneously served as a powerful tribute to the deceased passengers and as a means for saving lives at sea.

The lighthouse's time ball dropped every day at noon, allowing captains and sailors to determine their longitude and latitude at sea by using chronometers, a device used to determine longitude using by using exact measurements of time.

Furthermore, the lighthouse's famous green light, visible up to ten miles out to sea, helped to guide ships safely into New York Harbor.

The Titanic Memorial Lighthouse has since fallen into disrepair, however, and has remained unused since 1976.

It is now in desperate need of refurbishment and descendants of some of the Titanic's most famous passengers are supporting the cause.

Descendants of J. Bruce Ismay, the notorious managing director of the White Star Line, and descendants of the "Unsinkable Margaret Brown, who assisted in the evacuation of the ship, have called for the restoration of the lighthouse.

Brown organized the fundraiser for the original lighthouse in 1913.

Now, Friends of the Titanic Lighthouse Restoration plan to faithfully restore the delipidated lighthouse in just over 18 months.

The restoration project would also record the names of the passengers and crew who perished when the Titanic sank in 1912.

The group also hopes to list the lighthouse in the National Register of Historic Places - the first step toward making the lighthouse a national landmark.

Almost 500 people have signed a petition campaigning for landmark status to be bestowed upon the lighthouse at the time of writing.