The forgotten Irishman who named the “United States of America”

Research says a Cork man's letter is earliest documented use of the phrase. 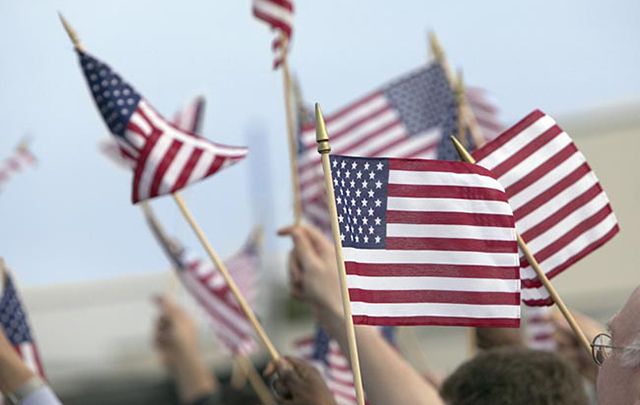 Ever wonder where the phrase "United States of America" came from? Recent research says a Cork man's letter is earliest documented use of the phrase. Getty Images

Have you ever wondered where the name “United States of America” came from?

For years I never really thought about it, but it turns out that it was an Irish Catholic from County Cork who deserves the credit for the name.

Odd when I think about it, but I had never once considered where the name “United States of America” came from. Oh sure, it's kind of obvious now – all these independent states, but somehow united too – but still, someone had to first coin the phrase before it could take root and eventually become the name of the new nation.

So when I saw this tweet the NY Historical Society I was immediately hooked. “This,” I said to myself, “is a story I should know, but I don't.”

Who Coined the Phrase ‘United States of America’? You May Never Guess: http://t.co/uMWy79G3nX

My only assumption, when I started to read the article, was that it wasn't going to be Jefferson because his name so quickly popped into my head. So not Jefferson, but who?

According to the NY Historical Society, Stephen Moylan was the man responsible for the earliest documented use of the phrase “United States of America.” But who was Stephen Moylan?

Moylan was an Irishman and a Catholic. He was from Cork, born in 1737 and the son of a merchant. His mother's family were also merchants and both families were “among the most prosperous Catholic families in Cork.“

The Moylans were well-to-do, but because they were Catholic, in order for Stephen to be educated he had to be smuggled out of Ireland to France because education was forbidden to Catholics under the penal laws imposed on Ireland at the time.

That was an experience that probably didn't engender a deep love for the British in him. So Stephen was educated in France and later went to work for the family business in Lisbon before moving on to Philadelphia in 1768.

Shortly after the Revolutionary War began in the spring of 1775 Moylan offered his services to George Washington, who took him on and made Moylan his Muster-Master General. Moylan's role was to bring order to the chaos of the assembled, but not so united, units of the “United Armies of the Colonies” around Boston.

Moylan's success in that role earned him more roles under Washington and during the war, he was Secretary and Aide-de-camp, Quartermaster-General, and then Colonel of the 4th Pennsylvania Light Dragoons. “Stephen Moylan had about as wide an experience in Revolutionary War actions as can be imagined.” From Boston to Yorktown he was as involved as one man could have been.

So Moylan was an impressive member of the founders' generation, but he is relatively unknown. Maybe that will change now.

For years the presumption was that the phrase “United States of America” first arose around the time that the members of the Continental Congress were meeting in Philadelphia in the run-up to the issuing of the Declaration of Independence on July 4, 1776.

Most of the research into the origins of the nation's name focused on that period. That's when the leaders of the colonies were beginning to think in grander terms than 'No taxation without representation.' They imagined a new nation, independent of Britain and, therefore, they probably tossed around phrases that would have described what they were imagining.

The phrase “United States of America” was, of course, used in the Declaration of Independence so Jefferson must have been using it in drafts before that. However, other delegates to the Continental Congress are known to have used the phrase at that time.

Yet, none of them – as far as current research shows – had used the phrase before April 1776, when it was used in an anonymous essay published in the Virginia Gazette. That usage was discovered by Byron DeLear a couple of years ago, but then last year he announced he had found an even earlier reference to the “United States of America” in a letter from Stephen Moylan to Joseph Reed.

Reed was a colonel in the Continental Army and George Washington's secretary. In January 1776 Reed was on leave in Philadelphia when Moylan, who was filling in for Reed, wrote to him and said that he wanted to go to Spain on a mission to seek help for the fight against Britain “with full and ample powers from the United States of America.”

There it is, the earliest documented use of the phrase “United States of America,” in a letter written by Stephen Moylan.

Moylan and Reed lived with Washington in Cambridge so any of those three may have first uttered the phrase among themselves. We can never be sure.

Yet, Moylan was an “outspoken advocate of independence,” a “hothead for independence,” according to the New York Historical Society's article. The very act of putting such a sentiment on paper was a bold step.

Even those among the leaders who may have thought such thoughts or even spoken them aloud were not yet ready to put such treasonous ideas on paper. Moylan did because he was that keen on ending the relationship with Britain, which was may have been due to his experiences in Ireland as much as those in America.

He was, in the modern parlance, an 'early adopter' of the view that there would be no resolution with Britain short of full independence and by writing that letter he put his head on the chopping block if it had all gone wrong. For that reason alone, barring any future finds of earlier references, Moylan deserves the credit for the name “United States of America.”

Moylan was an Irish Catholic, an American patriot, and the man, for now anyway, who can be credited with coining the phrase “the United States of America.” Yet I'd never heard of him.* Now I have and I can say this: the Irish didn't just build America, they named it too.

* I hadn't really heard of Moylan before, but in 2011 I took a picture of his grave when I saw it in Old St. Mary Cemetery in Philadelphia where fellow Irishman, father of the American Navy, John Barry is buried.