In a story much different from legend, a Cambridge University professor claims that St. Patrick might not have been a slave, but a slave trader. 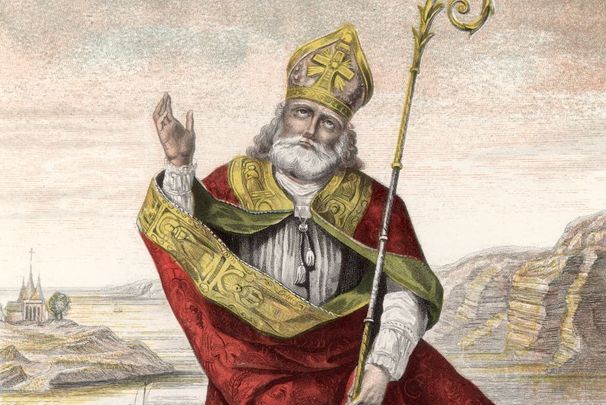 St. Patrick was much more likely to have been a slave trader than a slave, says a Cambridge University professor. Getty Images

St. Patrick was more likely to have been a slave trader than a slave - a tax collector, fleeing for his life as the Roman Empire collapsed in Britain.

Flechner says Patrick’s family were tax collectors for the Romans, a very dangerous job during that era. Patrick's father, Calpornius, was a Decurion, a Roman official responsible for tax collection in Wales. Calpornius wanted out and used a Roman legal clause that allowed him to join the clergy and pass the job on to his son.

However, Patrick did not want the job and, fearing for his life, fled to Ireland.

"In the troubled era in which Patrick lived, which saw the demise and eventual collapse of Roman government in Britain in 410, discharging the obligations of a Decurion, especially tax-collecting, would not only have been difficult but also very risky," Dr. Flechner told the Irish Independent.

"It may seem strange that a Christian cleric of Patrick's stature would own slaves, but in late antiquity and the early middle ages the church was a major slave owner – early medieval Irish legal texts regulate the church's ownership of slaves.

"The traditional story that Patrick was kidnapped from Britain, forced to work as a slave, but managed to escape and reclaim his status, is likely to be fiction.

"The traditional legend was instigated by Patrick himself in the letters he wrote because this is how he wanted to be remembered.

"Escaped slaves had no legal status and could be killed or recaptured by anyone. The probability Patrick managed to cross from his alleged place of captivity in western Ireland back to Britain undetected, is small." 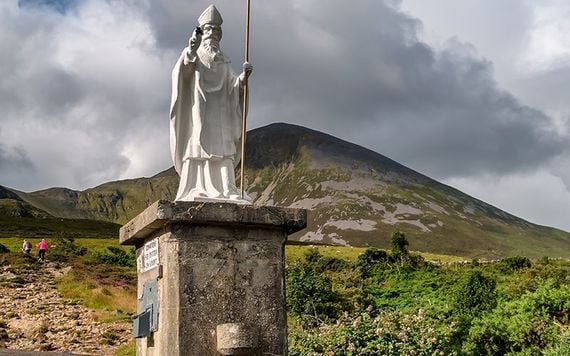 A statue of St Patrick at Croagh Patrick. (Getty Images)

In his own writings, Patrick claimed to have been abducted and brought to Ireland. But Flechner says  St Patrick likely became a slave trader to set himself up in Ireland as there was no monetary economy there and slave trading was the main basis for the economy.

Flechner believes Patrick very likely bought slaves in England and then used them to trade when he moved to Ireland. The new version of Saint Patrick’s life is certainly controversial, but Flechner says it is far more likely to be true than the legend.

What do you make of Flechner's comments? Let us know in the comments section, below.