Dublin-born Richard Robert Madden's experience in Jamaica in 1834 led him to become a prominent anti-slavery campaigner. 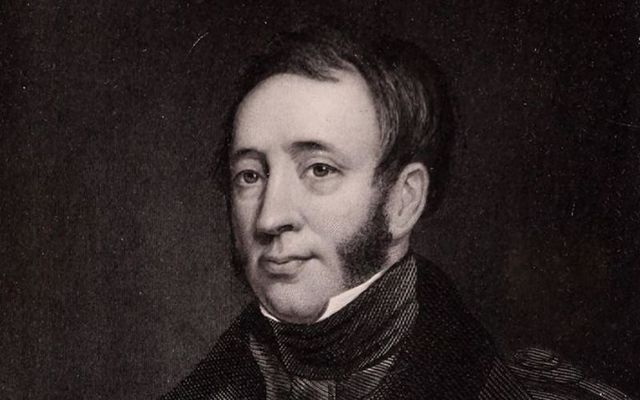 A 19th-century Irish doctor who struggled with the legacy of his family's involvement in slavery would go on to become a prominent campaigner in the worldwide anti-slavery movement.

Born in 1798, Richard Robert Madden spent much of his early career traveling as a trained physician and married Harriet Elmslie, the daughter of a plantation owner, in 1828.

He joined the Anti-Slavery Society in London a year later and was appointed a special magistrate in Jamaica in 1833 following the Emancipation Act, which led to the emancipation of slavery in the British colonies.

Madden's role was to oversee the "apprenticeship" period between 1833 and 1834 before freedom was granted.

In 1834, Madden traveled to Marley, a plantation in the Jamaican mountains, to inquire about making a claim on a property that had once belonged to his great-uncle Theodosius Lyons.

When he arrived at the ruined estate, he found the door ajar and found three women inside the crumbling house; a woman that had once been enslaved by his great-uncle and her two daughters.

Madden noticed a "striking" resemblance between one of the daughters and his own family members, stating that he had "no difficulty in recognizing her origin".

Dr. Maurice J Casey, a historian with EPIC The Irish Emigration Museum, wrote in the Irish Times that Madden's visit to Marley marked an important moment in his rise to prominence as an anti-slavery campaigner.

"Who, in the face of such circumstances as these, will tell me that slavery in these colonies was productive of no oppression, in recent times, or was the occasion of no injustice?" Madden wrote following the encounter.

The historian Karst de Jong noted that Madden "abandoned" any claim that he had to the estate in Marley following the encounter.

Madden resigned from his post as special magistrate due to his "frustrations" with the Jamaican planter class and returned to London to denounce the apprenticeship system.

He was later appointed Superintendent of Liberated Africans in Cuba in 1836 and fought to assist the suppression of the slave trade on the island.

He attended the World Anti-Slavery Convention in London in 1840, which was attended by several members of the Hibernian Anti-Slavery Society, including Daniel O'Connell.

His anti-slavery efforts faced opposition from the Irish in America, prompting him to pen an essay in 1840 seeking to separate the Irish from the "sin of slavery".

Madden condemned Irish American opposition to abolition and said he regretted that his countrymen "look upon all those who differ from them in complexion as inferior to them in every moral attribute".

He believed slavery could not endure in the US if the Irish American community came out against the system.

His memoir noted that he made numerous enemies due to his "opposition to tyranny" and claimed that he only just avoided an assassination attempt.

Raised a Catholic, Madden was also one of the first Catholics to join the British civil service after an act passed in 1829 that allowed Catholics to enter British public service.