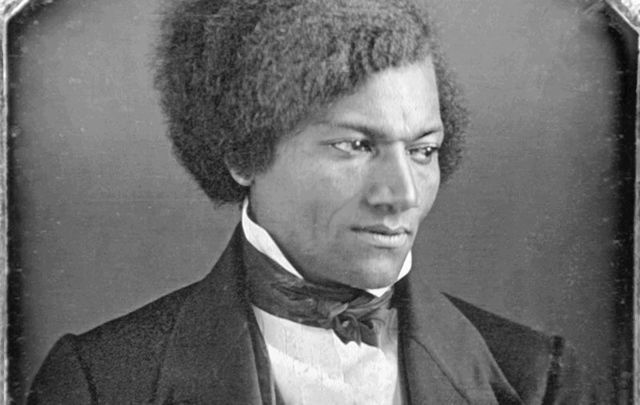 Abolitionist Frederick Douglass fled to Europe in 1845 amid fears over his life. Public Domain

Iconic abolitionist Frederick Douglass continues to inspire young Black Irish musicians more than 175 years after he made his historic visit to Ireland.

Douglass traveled to Europe in 1845 amid fears for his life in the United States and spent four Ireland between 1845 and 1846, where he traveled to towns and cities giving lectures and became inspired by Irish politician Daniel O'Connell.

Douglass's visit to Ireland, particularly his three weeks in Cork, left a strong impression on the abolitionist and the historic visit is still celebrated to this day.

Several young Black Irish artists celebrated Douglass's historic visit to Ireland and the impact it made on the Black community in Ireland as part of Douglass Week in February this year.

Musicians from the Cork Migrant Centre joined Hamilton star Paul Oakley Stovall on February 11 for a virtual musical celebration over Zoom as part of the week's festivities.

The event, which was moderated by Shamim Malekmian of Hot Press, highlighted the abundant creativity on display at the Cork Migrant Centre (CMC).

CMC mentors and tutors Raphael Olympio, Cliff Masheti, and Outsider YP, who all featured in the virtual celebration, are using music as a tool to fight injustices facing minority communities in Ireland and around the world.

Cliff Masheti, for example, samples Douglass's "What To The Slave Is The Fourth Of July?" speech from 1852 on his track "Running".

"The pain never ends, the chains never end," Masheti sings on the track, sampling one of Douglass's most famous speeches.

Artists at the CMC are also trying to bring Douglass's works to a new generation of minorities in Ireland facing discrimination and racism.

The artists said that they use Douglass as an inspiration to tackle past and current racism in societies around the world, including their works about the death of George Floyd and the Black Lives Matter movement.

The musical celebration of Douglass's visit to Ireland also featured a spoken word piece, entitled ‘Me and Frederick Douglass’, by Friday Junior Osemwekhae, while it also included a discussion with Hamilton star Paul Oakley Stovall.

Stovall plans to write a miniseries documenting Douglass's time in Ireland and heaped praise on the young musicians from the CMC who took part in the event on February 11.

"They’re just as talented as anybody that’s in the show, if not more so. I know grace, and I know genius when I hear it. I also know that a lot of genius doesn’t get heard because it lacks the opportunity to get out there," Stovall said.

Stovall also plans to produce a concept album about Douglass and hopes to involve some of the artists from the CMC.

"I’ve already written four or five songs ... And now that I’m hearing this – I’m now realising that this is bigger than what I even thought it was.

"So we have to think bigger. That’s what Frederick would do."