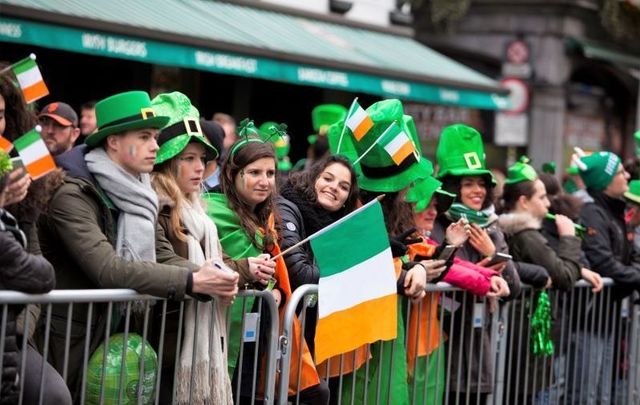 St. Patrick’s Day is associated with many things, all of which have different meanings for different people: wearing green, breaking Lent, making an attempt to try out your cúpla focal, going to a parade and, of course, drowning the shamrock. Yet what is the real meaning of Saint Patrick’s Day and what is its true importance for Ireland today?

What is the true Irish meaning of Saint Patrick’s Day?

March 17 marks the fifth-century death of our beloved patron saint, Saint Patrick and for over a thousand years, has been celebrated as a religious feast day.

According to history, St. Patrick was a missionary to Ireland and he became an adored figure for Irish Catholics as the person to bring Christianity to the Emerald Isle.

In times gone by, canonizations were carried out on a regional level, meaning that Patrick has never officially been canonized by a Pope although he is included on the list of Saints. The feast day was only officially placed on the Catholic Church’s liturgical calendar in the early 1600s with thanks to Waterford-born Franciscan scholar Luke Wadding.

From then on it has been a holy day of obligation for Catholics (they are obliged to participate in the Mass). Until the 1700s, St. Patrick’s Day was celebrated predominantly in Ireland where it was a somber religious occasion spent mainly in prayer.

The typical Irish family celebration before the 70s and before the uplift of the ban on drinking was very different from the party atmosphere associated with the day now. As St. Patrick’s Day generally falls within the Christian season of Lent, Mass was attended in the morning with the afternoon set aside for celebrations. The Lenten prohibition against meat was lifted for the day and families sang and danced and celebrated during a time that is normally more somber on the Christian calendar.

In fact, before the drinking ban was repealed, there was only one place in Ireland where one could buy a tipple on March 17: The Royal Dublin Dog Show.

When did the meaning of Saint Patrick’s Day change?

The evolution of St. Patrick’s Day into the ruckus it’s now associated with may, in fact, have been solely an Irish-American construct. Despite the fact that the feast day has been observed in Ireland since the 9th or 10th century, it was in New York City that the first parade took place when in 1762 Irish soldiers serving with the English military marched through Manhattan to a local tavern.

Patriotism amongst Irish immigrants in America continued to grow with the New York Irish Aid societies holding the first official parade in 1848 - the world’s oldest civilian parade and the largest in the United States. The first parade in the Irish Free State did not take place until 1931.

The promotion of Paddy’s Day in Ireland truly began in 1995 when the Irish Government realized the potential tourism benefits of celebrating the day and the opportunities for the country to sell its culture and sights to the rest of the world.

This resulted in the creation of the St. Patrick’s Day Festival and has amassed to the multi-day celebration that we now have in Dublin in which approximately one million people take part annually.

Is the meaning of Saint Patrick’s Day to promote Irish culture?

Some people love/hate Saint Patrick’s Day as the biggest day of the year on which we get to sell our little island to the world’s big hitters and convince them to continue doing business with us and visiting our shores.

While this is a recent phenomenon - the now traditional shamrock ceremony in the White House only being started in 1952 by Ireland’s ambassador to the United States, John Hearne - there were other times in history in which St Patrick's Day was used as a day on which Irish culture could be placed to the forefront.

From the 18th century onward, as a result of the Penal Laws in Ireland, some Irish people began to use St. Patrick’s Day as a means of promoting Irish culture and tradition. So as to show their Irish Christian pride, the tradition of wearing of shamrocks began but the day still revolved around the Catholic religion.

How close to the origins and history of Saint Patrick’s Day are we now?

There are still certain religious links evident in our adoration of St. Patrick. Each year, 5.5 million people visit St. Patrick’s Cathedral in New York and there are over 450 churches around the States named after Ireland’s patron saint. Almost 650,000 babies in the States have also been named Patrick in the past 100 years.

Within the Church itself, there are certain traditions that are still retained although they may go unnoticed by the larger corporate events. As St. Patrick’s Day sometimes falls during Holy Week, and the church avoids holding feast days during certain solemnities such as Lent, there have been times when the feast day has moved to a different day. This happened as early back as 2008 when St. Patrick’s Day was celebrated by the Church on March 14 although the separate secular events continued on the national holiday. This will not happen again until 2160.

What do you think is the true meaning of Saint Patrick’s Day? Let us know your thoughts in the comments section below.