Did he really once have to stand trial and did he target rich women and slaves? 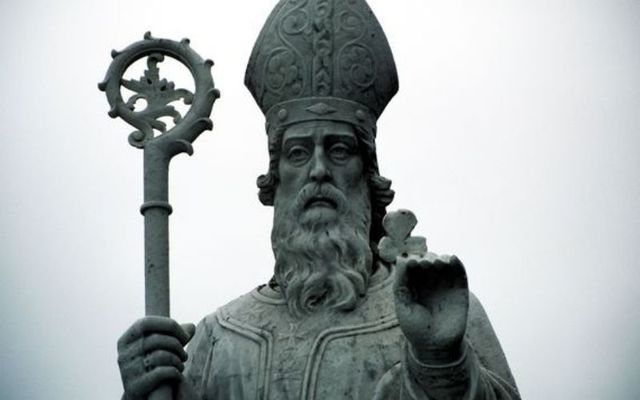 Who was Ireland’s beloved patron saint and what was he really like? Getty

Was Saint Patrick as saintly as he is made out to be? This collection of facts from his relatively hard-to-pin-down biography may mean he was not all as good and holy as we once thought.

Saint Patrick is most famous for being Ireland's patron saint and is celebrated around the world, even by non-Irish people, on St. Patrick’s Day. This is not only the date of his death, but a celebration of his life, and a celebration also of all that is Irish.

Although accepted as being active during the latter half of the 5th century, St. Patrick’s birth and death cannot be dated. Some records claim he came to Ireland in 432AD, and that he died on March 17 462AD, others that he died in 492AD. The Annals weren't compiled until the mid-6th century, and combine stories seen as both historical and mythological, and unfortunately, as such, they cannot be relied upon for accuracy.

Patrick himself wrote two letters which survived into present times, in which he recounts parts of his life. These documents are known as the Confessio and the Epistola, and give us great insight not only into his life and motivations but also into life in Ireland at that time.

Patrick was born into a Roman British family in the UK, possibly at Ravenglass in Cumbria. His father was a deacon named Calipurnias.

When he was just sixteen, Patrick was captured by Irish raiders and brought to either Slemish (in Irish Sliabh Mis), a striking mountain near Ballymena in Co. Antrim, or Fochill near Killala Bay (in Irish Cuan Chill Ala), the estuary of the River Moy, where he was sold as a slave, and subsequently worked as a shepherd for six years.

During this time, he seemed to go through some kind of spiritual epiphany, when he came to know God, praying up to a hundred times a day. (I would too if I thought it might help me escape slavery and find my way back home!) In his Confessio, he claims he heard a voice in a dream instructing him to leave Ireland in a ship that was waiting for him in a port two hundred miles away.

Some say this port was in Wicklow. When he got there, there was indeed a ship about to sail for England, but the crew refused to take him at first. Patrick turned to prayer, which God duly answered, for before he had even finished his devotions, the Captain had a sudden change of heart, and agreed to take him on board.

After three days at sea, they landed, not in another port as expected, but in a strange wilderness where they wandered for twenty-eight days without coming across any signs of civilization. At this point, they had run out of food, and the crew asked Patrick to pray to his God to provide for them. Clearly, their own pagan Gods had forsaken them. Patrick readily obliged, and immediately they came across a herd of wild boar. They killed many and feasted for two days, before continuing their journey. 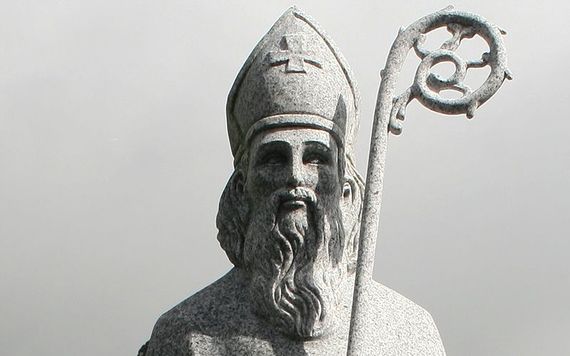 A statue of Saint Patrick.

Patrick returned home and devoted himself to Christianity. After a few years, he had a vision in which a man named Victoricus (probably Saint Vitricius, bishop of Rouen) gave him a letter which came from the people of Ireland, begging him to return and teach them the new religion. It was a calling Patrick could not deny.

Returning to Wicklow, Patrick was met with hostility from the locals, and sought refuge off the coast of Skerries, before continuing with his mission.

It is said that he founded his first church at Saul (in Irish Sabhall Phádraig, meaning 'Patrick's Barn') in Co Down. Apparently, strong currents had swept his boat through Stranford Lough and into the mouth of the Slaney River. The local chieftain, Dichu subsequently converted and gave him the barn.

It was here that he was brought when he died, and was buried nearby at Downpatrick. St Patrick's Memorial Church is reputed to be built on the site of his grave. 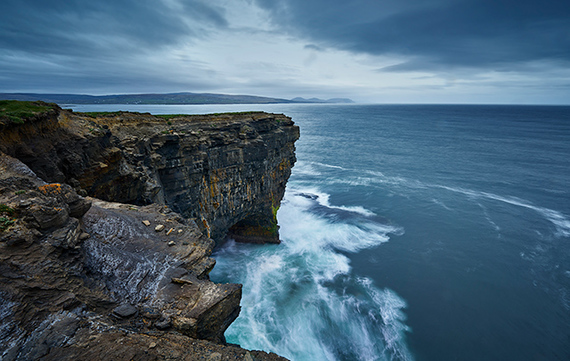 The Confessio and the Epistola are fascinating because they seem to relate to some transgression for which Patrick was put on trial. It's not clear exactly what happened, but it is thought that the writing of the Epistola resulted in Patrick writing his Confessio, perhaps whilst awaiting the outcome of his trial.

Apparently, King Ceretic Guletic had taken some Christian Irish converts and sold them into slavery. Enraged, Patrick had tackled the King only to be confronted with ridicule. He, therefore, wrote the Epistola to Ceretic's Warband, effectively excommunicating them all.

This leads to fellow Christians, once thought of as friends, making accusations against him which are not explicit in the letter, although he writes that he gave back all the gifts given him by wealthy women, that he did not take payment for all the baptisms he made although he made many thousands, or for ordaining priests, and that he himself paid for all the gifts given to the kings and judges.

These gifts may have been bribes intended to buy him the freedom to bring his religion to the masses. In any case, this protestation of innocence and denial of receiving gifts and money smacks of a financial misdemeanor. Perhaps St. Patrick wasn't quite as saintly as once thought.

As well as his own letters, his life was recorded by two late 7th-century writers, Tírechán, and Muirchiu moccu Macthenni. Both drew upon the earlier lost Book of Ultán, written most probably by Ultan of Ardbraccan, who was Tírechán's foster-father.

Interestingly, they portray quite a different figure from the good saintly character we have been led to believe. They claim he was something of a tempestuous warrior, attacking druids and their idols, and cursing kings and their kingdoms. This ties in with some of the myths about him, which do not describe a peaceful benevolent man of God, but rather a zealous tyrant.

They also intimate that he targeted the conversion of females, preferably those of royal status and wealthy noblewomen, accepting gifts from them, and persuading them to become nuns and found religious orders, much to the chagrin of their families. He also targeted slaves and the poor, who were only too eager to find a way out of the drudgery and hardship of their lives.

Most famously, Patrick is said to be responsible for driving all serpents from Ireland. This is an interesting story, because, according to naturalist Nigel Monaghan, keeper of natural history at the National Museum of Ireland in Dublin, "at no time has there ever been any suggestion of snakes in Ireland, so [there was] nothing for St. Patrick to banish." He should know, having searched extensively through Irish fossil collections and records.

Closer to home, for me, is the story of Patrick saving the Irish from the worship of Crom Cruach on the plain of Magh Slecht in Co. Cavan. This is a grisly story involving the annual sacrifice of the nation's every first-born child by smashing their heads on the idol stone known as the Killycluggin Stone and sprinkling the blood around the stone circle in return for a good crop. Fortunately, Patrick showed up, smashed the stone, and banished the devil which flew out of it to hell.

As this was happening, ' three-quarters of the men of Ireland' (the High King's Warband), and the High King Tigernmas himself was mysteriously slaughtered as they knelt in their devotions, allegedly by their own god, according to Christian observers. Sounds like the work of an army sweeping down upon them, to me.

We already know how sacred the number three was to the ancient pagans; it is a pattern seen repeated over and over again in all things considered important and powerful to them, such as the maiden-mother-crone aspect of certain female Irish deities, birth-life-death, mind-body-spirit, and so on. The pagans had long considered the shamrock as a sacred symbol, its three heart-shaped green leaves representing rebirth and the cycle of life.

It comes as no surprise, then, that Patrick should choose to use it to illustrate the Christian Holy Trinity. Clearly, it was a symbol the pagans resisted giving up, and the church was very clever at adopting the pagan customs they couldn't destroy and using them to illustrate their own beliefs.

Today, there are many places in Ireland that still bear Patrick's name or legacy. Croagh Patrick is a mountain in Co Mayo where he was said to have fasted for the forty days and nights of Lent before vanquishing the serpents of Ireland. At 764m, it is the third highest mountain in the county.

Curiously, Patrick has never formally been canonized by the Pope and therefore is not actually recognized as a saint by some. In the early years of Christianity, saints were made on a local level by a local church very soon after their death ... which perhaps explains why there are so many in Ireland.

St. Patrick's life is one of semi-historic, semi-mythological proportions. As with much of Ireland's early past, it is impossible to pull apart fact and myth. There is no doubt, however, that he made a huge and lasting impact on the people of this land.

*Ali Isaac lives in beautiful rural Co. Cavan in Ireland, and is the author of two books based on Irish mythology, “Conor Kelly and The Four Treasures of Eirean,” and “Conor Kelly and The Fenian King.” Ali regularly posts on topics of Irish interest on her blog, www.aliisaacstoryteller.com.