When Queen Elizabeth II made a historic trip to Ireland

The first official visit to Ireland by a British monarch in 100 years, Queen Elizabeth was widely applauded for her gestures of reconciliation while on her four-day trip to Ireland in 2011. 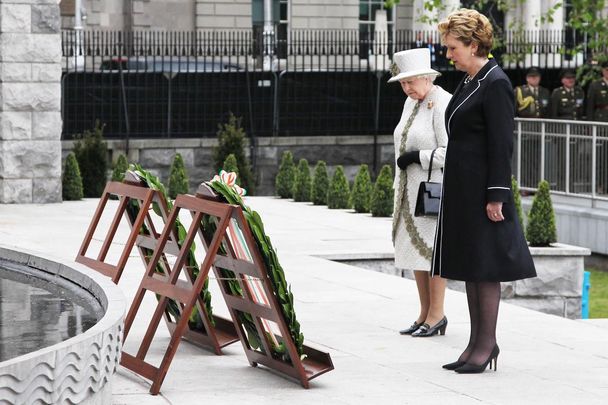 Queen Elizabeth II with then-President Mary McAleese paying their respects at Dublin's Garden of Remembrance, a place dedicated to the memory of "all those who gave their lives in the cause of Irish Freedom". RollingNews.ie

Queen Elizabeth II traveled to Ireland on May 17, 2011, becoming the first British monarch in 100 years to do so.

In light of the Brexit confusion and the lack of current government in Northern Ireland, it’s sometimes hard, even in this 24th anniversary year of the signing of the Good Friday/Belfast Agreement, to remember the enormous strides toward peace that the island of Ireland has made.

Queen Elizabeth II’s four-day trip to Ireland in 2011 is one of those moments that should be celebrated for showing just how far peace has come.

As the first British monarch to make an official state visit to Ireland in 100 years, Queen Elizabeth II arrived on May 17, 2011, at the invitation of then-Irish President Mary McAleese. The trip was then returned to the UK by President Michael Higgins in 2014, marking yet another milestone for the improved relationship between our two countries.

The very last British monarch to set foot in Ireland was Queen Elizabeth’s grandfather King George V, who toured the country in 1911 when the whole island was still a part of the United Kingdom. In the following 100 years, the 1916 Easter Rising, Irish War of Independence, Irish Civil War, First World War, and Second World War had all dramatically changed not just Ireland and England themselves but the relationship between us - all in the space of two generations of the British monarchy. 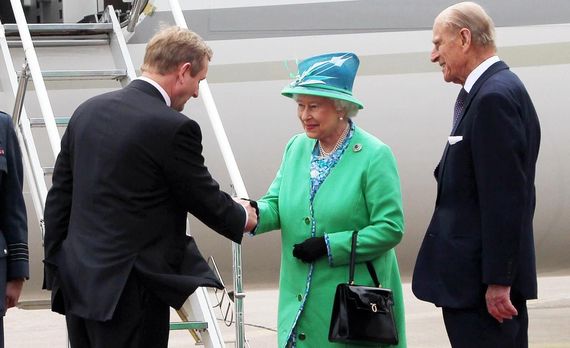 While there were those who protested against the visit of a British Queen to Ireland, her four days in the country were heralded as an all-around success as everyone from Dublin to Cork welcomed her.

The importance of the trip in presenting the success of Irish peace cannot be forgotten. Not only did Queen Elizabeth use a few words in Irish in her main speech but she also laid a wreath in honor of those who had died for the cause of Irish freedom in Dublin’s Garden of Remembrance, essentially a mark of tribute to people who may have fought against her own country’s soldiers. 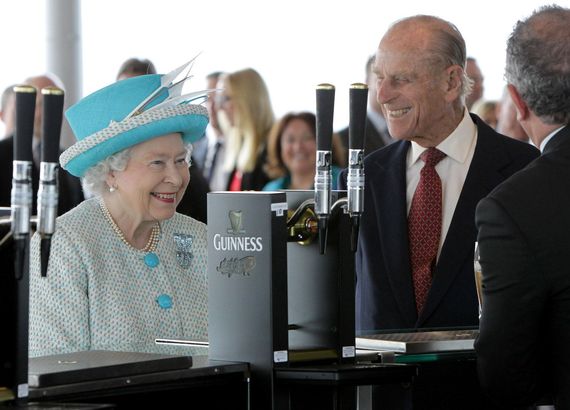 Queen Elizabeth and Prince Phillip having fun at Guinness Storehouse.

While she did not apologize for England's colonial past in Ireland, she did express her “sincere thoughts and deep sympathy” for the victims of the troubles and violence between the two states, and for some, that was enough.

"I believe that her expression of sincere sympathy for those who have suffered as a consequence of our troubled past is genuine," said Sinn Féin’s Gerry Adams at the time, with few of his colleagues in Sinn Féin disagreeing with him.

"I think this visit will set the seal on what is already a very strong relationship between our two countries, but a relationship I believe that can get even stronger still,” said then-British Prime Minister David Cameron, a now unfortunate statement when we think of the drastic effects that the Brexit vote will have on that relationship, a vote that happened under his watch. 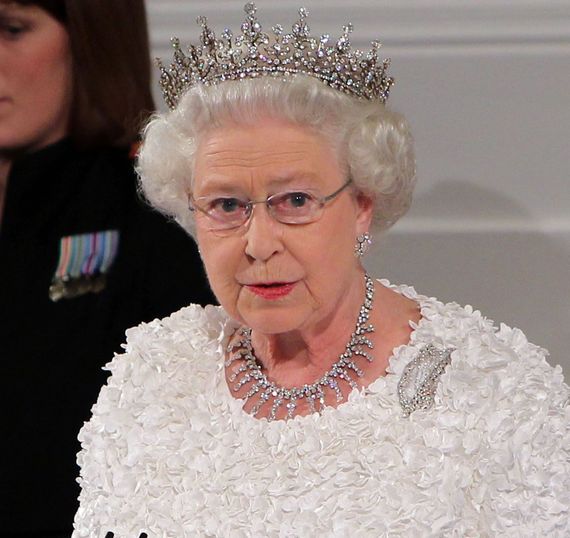 The Queen even tried her hand at a few words in Irish at a gala dinner in Dublin Castle.

While some may have said they’d expect the gushing statements of the Irish Times, the paper which used to be known as the voice of unionism in Ireland, the national newspaper was not alone among the Irish press in announcing that the English Queen had won herself a fan or two in the Irish public.

The Irish Independent wrote of her speech in Dublin Castle on May 18, 2011: "It was a moving speech delivered in her clear cut crystal voice and after the toast, the room stood and applauded. Not just polite applause but a sustained heartfelt appreciation of the bridge that the Queen herself had built … she had the look of a woman for whom the weight of history had just got a lot lighter."

Such was the positive reception Queen Elizabeth had, she even received a standing ovation as she met with the Irish celebrities:

As well as visiting a memorial to the 49,400 Irish soldiers who died fighting in the British Army during the First World War, the monarch, accompanied by her husband Prince Philip, visited Croke Park, the main Gaelic Games stadium in Ireland, which was also the scene of a notorious attack by British troops on Irish citizens known as Bloody Sunday. On that day in 1920, during the War of Independence, 14 Irish civilians were killed including a young Co. Tipperary footballer named Michael Hogan, after whom one of the stands is named.

The trip also included a visit to the Rock of Cashel, Coolmore Stud, the English Market in Cork City, the Irish National Stud in Co. Kildare, and a performance from The Chieftains and Riverdance.