WATCH: Queen Victoria during her final visit to Ireland in 1900

Queen Victoria, sometimes known as 'The Famine Queen,' began her final visit to Ireland on April 4, 1900. 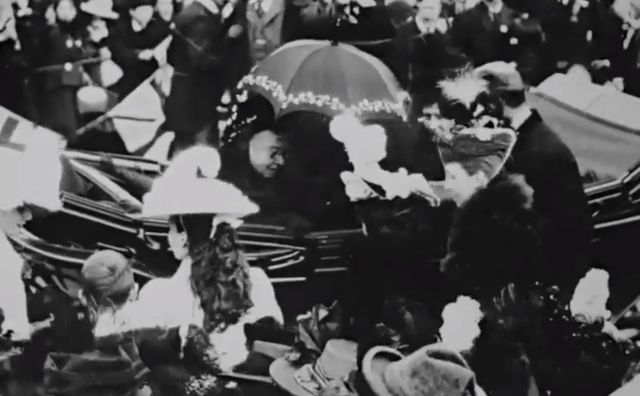 Footage shows Queen Victoria during her final visit to Ireland in 1900 The Museum of Modern Art, YouTube

Footage of the ‘Famine Queen’ in Ireland in 1900, shared by the Museum of Modern Art (MoMA) is clearer than any other thought to be in existence.

The footage features Queen Victoria - sometimes known as the ‘Famine Queen’ as she reigned throughout Ireland's Great Hunger- during her 1900 visit to Ireland. She died in January 1901 at the age of 81, only a few months after her Irish visit.

Skip ahead to 1:58 for the footage of Queen Victoria in Ireland:

Queen Victoria arrived in Ireland on April 4, 1990, and the crystal-clear footage, taken on April 7, 1900, was shot at the Phoenix Park, in Dublin, where 52,000 Irish schoolchildren turned out to greet Queen Victoria. In the film you can see the Queen, who more often than not carried a parasol, smiling and wearing sunglasses.

The Museum of Modern Art (MoMA) said that in 1939, it received “a treasure trove of 36 reels of 68mm nitrate prints and negatives made during cinema’s first years.

“Everything that survives of the Biograph film company lives on those reels, including a rare bit of moving-image footage of Queen Victoria.” 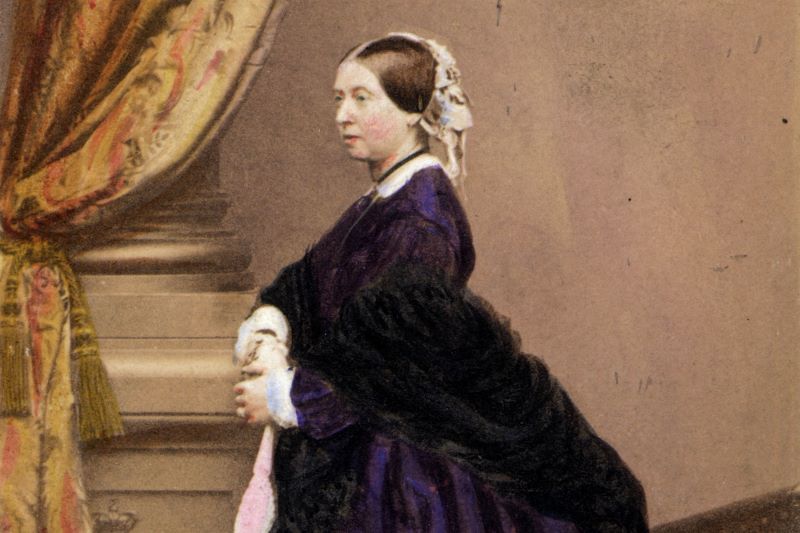 Of the footage, Bryony Dixon, the silent film curator of the British Film Institute, told BBC: "I nearly fell off my chair because I'd never seen Victoria in close-up before.

"It is completely unique because you can see the Queen's face for the first time properly since 1900 since this was shown... you can see her expressions, you can see her in movement, rather than just as a stiff portrait or a still photograph.

"It's very rare to see her smiling. She doesn't in any of her portraits, so it humanizes her, I think, for the first time."

Dixon added: "Queen Victoria was always very up to date with technology and she was interested in art.

"She was interested in photography in particular so here, instead of a posed photo or painting, we see her in movement."