Director Oliver Stone claims JFK's death was an inside job

Former member of the president’s security team allegedly told Stone the true killer on his deathbed. 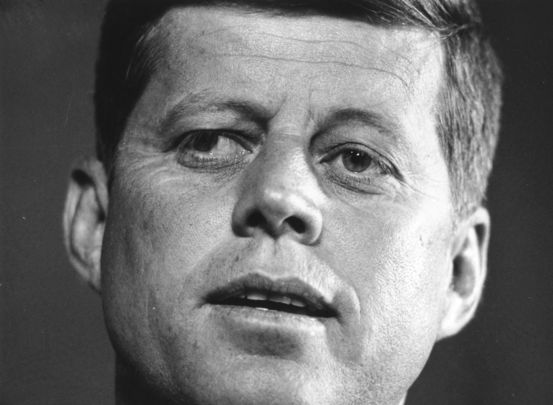 Oliver Stone, the director of 'JFK', has revealed in a new book that he knows who really assassinated President John F. Kennedy. Getty

Filmmaker Oliver Stone says he was privy to inside information regarding JFK's assassination.

Filmmaker Oliver Stone has claimed that a former member of John F. Kennedy’s presidential security detail revealed on his deathbed that the 1963 assassination was an inside job.

According to Stone’s conversation with the man, which is being made public for the first time, John F Kennedy’s assassination was carried out by the secret service.

In the confession, the man, known only as ‘Ron’, told the Hollywood director that “somebody from his own team…had fired on the President.”

The man, who was dying of cancer, said he had only ever told his son what he knew but wanted someone else to know what happened before he passed away.

The Mirror reports that Stone was initially given the messages in a series of secret notes before the two men met in a hotel in Rochester, New York.

Stone’s 1991 film JFK looked at the events leading up to the assassination and the investigation New Orleans district attorney Jim Garrison, played by Kevin Costner.

The director and screenwriter said he was extremely skeptical about the dying man’s claims, but after meeting with him believed he was telling the truth.

Stone, a former marine in Vietnam, said he was convinced by the “military jargon” and details within the account, which he has described as “plausible” and “very authentic.”

Stone revealed his conversation with Ron to Matt Zoller Seitz, who has written a book on the Oscar-winner.

When asked why Stone kept the confession a secret for so long Seitz said: “I think it was because he trusted me, and also because both the father and the son have been dead for a while.

“Nobody has ever heard this story. I’m the first person.”

In the book, Seitz tells how the filmmaker first received Ron’s messages.

Stone told him: “He came to me through a series of weird letters through post office boxes.

“Everything would go to a PO Box, and he’d locate it from offshore, from Bermuda.”

Then detailing the moment he first met with Ron, Stone said: “He said he didn’t want money or recognition. He said something like, ‘I want you to know this is from my conscience’.

“The scenario he laid out was very practical. It’s the way I would do it, if [I] were going to do something like that.

“You kill the President, and your cover is security, and if the sniper or snipers who kill the President are hidden in with the guys who are supposed to protect him, guys who have no knowledge of this plot… It makes a lot of sense.

“And his memory of it was so technical, filled with military jargon, details about radio communications right after the shots.”