One of the most infamous murders in Irish history is the opening scene in The Crown the period-drama Netflix smash hit. 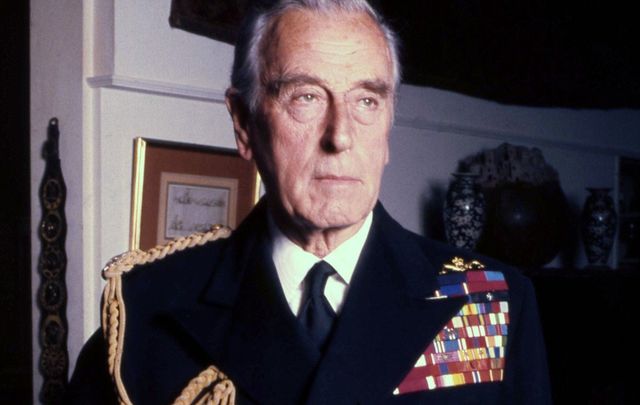 The murder of Lord Mountbatten by the IRA on August 27  in 1979 while on board his yacht off the Irish coast is the opening scene in the incredibly popular series The Crown, which has been watched by 73 million people worldwide since it began on Netflix.

The Crown traces the modern history of The Royal Family and has proved one of the most popular shows in cable television history.

The fact that the Irish Republican Army (IRA) killing is featured so prominently will surely spark renewed interest in The Troubles and one of the most infamous killings in the 25-year conflict.

Louis Francis Albert Victor Nicholas Mountbatten and three members of his holiday party died while lobster fishing off Mullaghmore, in County Sligo, when the IRA blew up his boat on Aug 27, 1979. A 50-pound bomb had been planted on the vessel the night before.

Mountbatten and his family were regular annual visitors to the quiet holiday and fishing resort of Mullaghmore, where they stayed at Classiebawn Castle.

Since the attack, which claimed his life and that of three others in his party, questions have been repeatedly raised over the wisdom of a high-profile English royal holidaying anywhere in Ireland, let alone so close to the border, at such a politically turbulent time.

Although detectives assigned as his personal bodyguards in previous years would accompany him on Shadow V, the fishing boat when it went to sea, they remained ashore at his request in 1979.

In previous years the boat had also been under full-time protection when berthed and not in use, but in 1979 surveillance was left to Garda (Irish police) patrols from nearby towns.

Detective Kevin Henry, his main Garda security minder, on that fateful day, said, “That protection was removed in August 1979, possibly at the wishes of Lord Mountbatten. He wanted minimum security.

“Routine Garda patrols by local patrol cars from Kinlough, Bundoran, Ballyshannon, and Sligo patrolled the harbor and surrounding areas and the main Sligo-Donegal road on a regular basis.”

An IRA bomb team evaded the patrols on the night of August 26 to slip aboard Shadow V and plant 50 pounds of explosives which were detonated the next day when Mountbatten and his party were pulling up lobster pots.

Mountbatten, his teenage grandson Nicholas Knatchbull and 15-year-old deckhand Paul Maxwell from Enniskillen were killed. Lady Brabourne, Mountbatten's eldest daughter's mother-in-law, died the following day from the injuries that she suffered in the attack. The incident caused public outrage and made news all around the world.

The attack, allied to another explosion two hours later which killed 18 soldiers in Northern Ireland, gave the IRA the widest global exposure it had received throughout the Troubles.

But Michael O’Kennedy, who was foreign affairs minister at the time under Taoiseach (Prime Minister) Jack Lynch, said there was such abhorrence in the community that the outrage ultimately probably precipitated subsequent closer relations between the Irish and British governments.

Here's the full documentary, Mountbatten: Death of a Royal: