As Nancy Pelosi steps down as leader of the Democratic Caucus, we look back on when she attended John F. Kennedy's inauguration as a 20-year-old student in 1961. 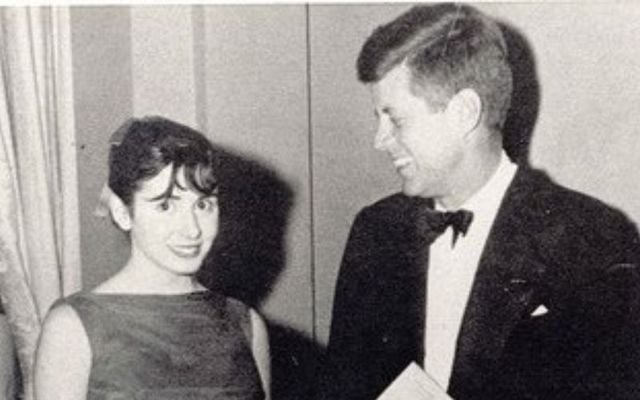 Pelosi, who this week announced that she is stepping down as the leader of the Democratic Caucus, recalled her memories of JFK's inauguration in a Facebook post in 2011 marking the 50th anniversary since Kennedy took office.

She recalled being a "young Trinity College [Washington] student standing outside in the sunlit cold" as Kennedy delivered his now-iconic speech.

50 years ago today, I was a young Trinity College student standing outside in the sunlit cold, listening to a young...

At a ceremony in Washington DC to mark the anniversary, Pelosi described Kennedy's inauguration as a "moment that defined our time".

"Many of us were privileged to be there to see our new, inspiring President. But in places far away, people across the nation and the world watched. For them as well, it was a moment that defined our time – an hour that would be heard in times to come," Pelosi said in 2011.

"There was a sense not only that the torch had been passed, but that each of us could carry it forward in our own way."

In 2008, Pelosi also described the occasion as "spectacular" and said she had great seats because of her father Thomas D’Alesandro Jr., who served as a member of Congress and Mayor of Baltimore.

The 82-year-old said she was struck by Kennedy's speech, although not by the famous "ask not what your country can do for you" line.

Instead, the young college student was struck by another less famous line in Kennedy's speech.

"My fellow citizens of the world: ask not what America will do for you, but what together we can do for the freedom of man."

Pelosi also said she was reminded of Kennedy when Barack Obama was campaigning for President in the summer of 2008.

Speaking at the JFK Library, Pelosi noted how Obama had spoken of how people could work together for freedom and respect.

"It reminded me… of what President Kennedy said at that time… It’s about who we are as a nation and how we lift the country up and that debate should be worthy of the office of President of the United States."

More recently, Pelosi referenced the inauguration speech while speaking at the Friends of Ireland Luncheon in March 2022.

"So again, I think of another Irish president when I think of President Biden – and I've told him this.  When I was young, I was in school and I was – attended the Kennedy inauguration," Pelosi said, again referencing the less famous line from Kennedy's speech.

She said President Biden was seeking to emulate Kennedy by encouraging the world to work together.

"That is exactly what our President is doing.  Working together, with respect for everyone, other countries – not in any condescending way or anything, but in a respectful collaboration.  That sentence was made for you, Mr. President, at this time."

Irish who lost their lives on the Titanic remembered