Nevada state senator Murray D. Foley was shot by English woman Alice Hartley but will we ever know the truth. 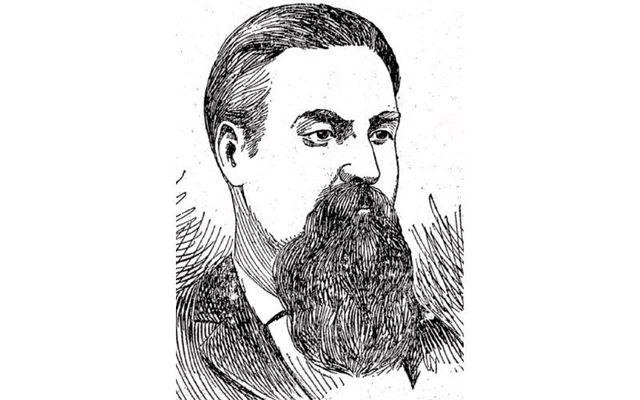 In July 1894, Nevada police were called to a shooting in Reno. They discovered the body of Senator Murray Foley, laying on the stairs with two gunshot wounds and a pregnant English woman in deep shock.

Alice Maud, had moved to America and married Henry Hartley, a gold prospector and miner twice her age, in 1886. The quite isolating, log cabin life at Meadows Lake didn't suit her. She left for Reno not long into the marriage.

In October 1892, Henry Harley was in the process of selling his mining claim and was found dead, believed to be poisoned. The poisoning allegations were never ascertained.

In Reno, Alice rented a third-story apartment above a bank where she opened a painting studio. She offered lessons and exhibited portraits and watercolors.

While in Reno, Hartley became acquainted with the bank president and state senator Murray Foley. Hartley was in a spot of financial problems and Foley apparently offered his assistance.

Senator Foley was a big horse of a man in his 30s. Over six-feet tall, educated and married, with a reputation as a womanizer.

In August 1894, Alice Hartley was charged with the second-degree murder of Senator Murray Foley and brought to trial the following month.

Hartley claimed that in January 1894, Foley, who was also bank president, visited her in her studio. Shortly after engaging in conversation with Hartley, Foley suggested she drink with him and offered her a glass of brandy that he insisted she consume it.

Moments later she fell unconscious and awoke at 5am with Foley still present in the room.

She also testified that on Feb 25, 1884, she found Foley in her room and that he violently kissed her and became physical with her to the extent that she lost consciousness once again. In the proceeding weeks, Hartley discovered she was pregnant and confronted Foley demanding he take responsibility and acknowledge the paternity of the child by signing documents drawn up by her attorney.

Subsequently, on Jul 26, Senator Foley confronted Mrs. Hartley at her apartment, a heated argument ensued resulting in Foley allegedly lifting a chair and throwing it at Hartley.

Hartley responded by reaching for a pistol concealed on a nearby shelf and proceeded to shoot Senator Foley. Foley attempted to flee and collapsed while scurrying down the stairs.

The all-male jury found Alice Hartley guilty with a recommendation of mercy and sentenced her to eleven years incarnation.

Following the trial, petitions were filed for and against the sentence. She gave birth to a boy in November, weeks after the trial. Hartley and her child were brought to state prison in June 1895, following the rejection of her appeal.

In January 1897, Alice Hartley received a full pardon on the grounds that she was justified in the shooting and that she had a child to raise. Following her release, she filed an unsuccessful suit for half of Murray Foley's estate valued between $2 and $8 million.

To be fair to Murray Foley, there are always two sides to a story. Foley never had the opportunity to provide his account of the incident for obvious reasons.

In 1895, during the murder trial of "The Demon of Belfry", Theodore Durrant, who was subsequently found guilty of murdering two innocent people at a Baptist church. Alice Hartley interrupted a church service to inform all in attendance, that God had personally contacted her with the message of Durrant's innocence. She had to be escorted out of the church.

On top of that, Senator Foley was extremely rich and Hartley was in dire financial straits. Who knows for certain what happened? Alice Hartley remarried in 1899. She died impoverished in Colorado, on Dec 28, 1907. Her maiden name and life before America is virtually unknown.

Murray Foley is the only sitting state senator ever to be killed in office.