The disturbing origins of the Irish Famine term “take the soup”

How poor Irish Catholics were forced to choose between converting to Protestantism or starvation during Ireland's Great Hunger. 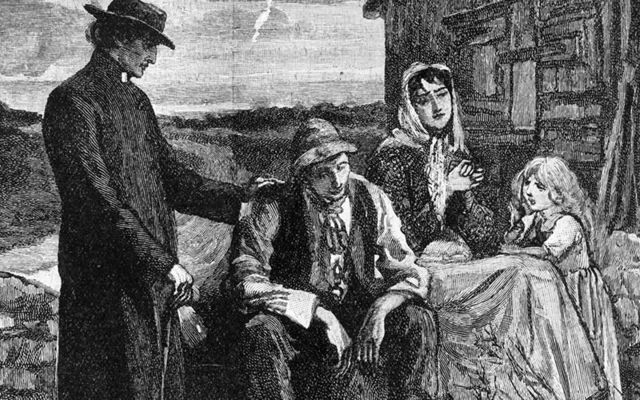 Take the soup? The Irish Famine term and where it came from. Getty

How poor Irish Catholics were forced to choose between converting to Protestantism or starvation during Ireland's Great Hunger and how "take the soup" became etched in Ireland's psyche.

As we embark on another important year of commemorations surrounding Ireland's Civil War, it is important to remember that 2022 also marks the 177th anniversary of the start of the Irish Potato Famine (1845 to 1852).

For many, the term "taking the soup" is synonymous with the Famine story.

Protestant Bible societies set up schools in which starving children were fed, on the condition of receiving Protestant religious instruction at the same time.

As the food crisis deepened, some poor Catholic families had to choose between Protestantism and starvation. Those who converted for food were known as "soupers" or "jumpers".

In reality, souperism was a rare phenomenon, but it had a lasting effect on the popular memory of the Famine. It also blemished the memory of relief work by many Protestants who gave aid without proselytizing (attempt to convert).

One of these Protestant Evangelicals who was accused of engaging in the controversial practice was the Reverand Edward Nangle.

A native of County Meath, in 1834, he established a Protestant mission on Achill Island, County Mayo, and worked there for 18 years with the aim of bringing Christianity to those living there.

When Edward Nangle arrived in Achill with his young family, it was one of the most destitute spots in Ireland, jutting off the coast of Mayo into the Atlantic.

Nangle's project was bold and daring. He wanted to transform the island and to lift the people out of their destitution which he blamed on Popery and the Catholic Church. He would bring the Bible to the islanders, using their native language.
He would set up schools, reclaim land, bring medical services, and encourage good living.

He would civilize the island and scriptural education was his main tool.

At this time, Achill was populated by around 6,000 mainly poor Irish Catholics.

Nangle himself was seen as a difficult and intolerant man with a deep hatred of Catholicism. The force of his personality and the nature of his mission brought him into regular conflict with local Catholic priests and the equally forceful Archbishop John McHale. 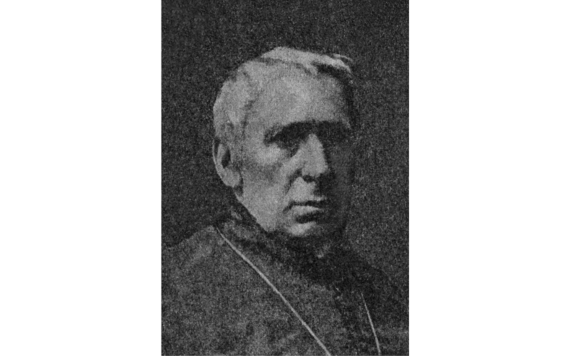 By the early 1840s, the Achill Mission Colony included two-story slated houses, a printing press, an orphanage, a hospital, a post office, a dispensary, a corn mill, and farm buildings, surrounded by fields reclaimed from the wet mountain slopes. 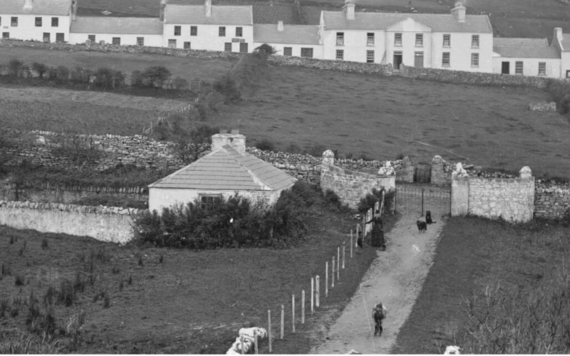 As the mission grew, it attracted more public scrutiny. Samuel and Anna Hall visited the Achill mission as part of an Irish tour which the couple had embarked on with the aim of producing a guidebook of Ireland for tourists.

Arriving at the colony, they conducted a brief overview of the mission, taking into account the finances expended and the practical results. However, they were not "enamored" by Nangle's strict approach to the entrants of the school, the mission, and the orphanage.

The Halls branded the mission "a complete failure" and targeted Nangle, labeling him as a man without any genuine sense of gentle, peace-loving, Christian zeal.

A similar visit undertaken by Asenath Nicholson, an American author, drew unwelcome attention to the expenditure and income of the Achill Mission Colony and raised questions about the benefits of the organization.

Nangle's physical and mental health had been precarious since his youth. He endured symptoms of what would now be termed bipolar.

With the onset of the Great Famine, his health crumbled. Despite this, he was able to marshal huge resources through his fundraising, mainly in England, for the Achill Mission.

In the spring of 1847, at the height of the Famine, Nangle and the colony employed 2,192 laborers and fed 600 children a day. By July 1847, it was suggested that 5,000 out of Achill's total population of around 6,000, were receiving practical support from the mission, which had planted twenty-one tons of blight-free foreign potatoes.

What appeared to be a humane gesture was soon embroiled in controversy. The nasty charge of souperism - securing converts with material benefits like food - was leveled at him. "Nangle the soul-buyer" was the accusation. 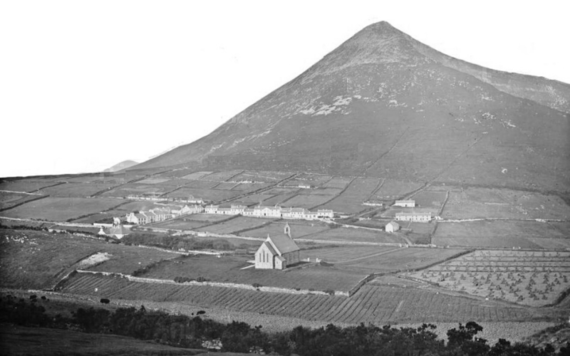 Edward Nangle, in turn, declared that no children were admitted to the colony schools unless they were willing to receive religious instruction, but his schools had saved many from starvation.

The Achill Mission almost certainly saved many from famine death - a place of refuge in difficult times. As conditions improved, many who had left the Catholic faith soon returned to the fold.

In 1852, Nangle left Achill after 18 years working on the island and moved to County Sligo, where he became Rector of Skreen.

*This article was supplied by Gerard McCarthy who runs an exhibition on the story of The Irish Potato Famine each summer in Dublin. See www.theirishpotatofamine.com for more details.