Forget Hades and Loki, who was the Celtic god of death?

The gods and goddesses of Celtic mythology are often overlooked in today's popular culture. 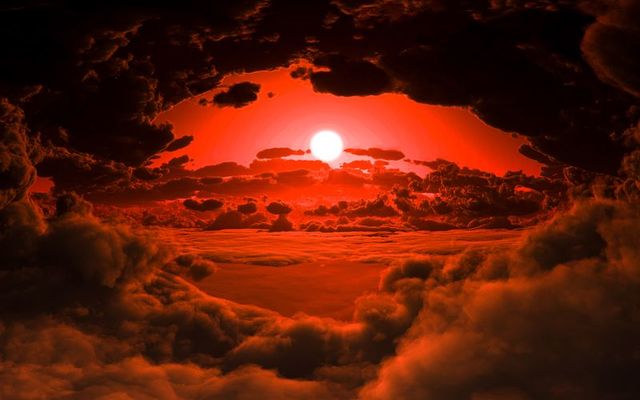 Donn, or 'The Dark One,' was the Lord of the Dead in Celtic mythology. Getty

The names of the ancient Celtic gods are much less known than those of their Greek and Norse counterparts.

Thanks to modern retellings of ancient myths in books and movies, names such as Hades, the Greek god of the Underworld, and Loki, the Norse trickster god, are well known.  But the gods and goddesses of Celtic mythology are often overlooked in today's popular culture.

According to Ancient-Origins.net, the concept of an "afterlife" did not exist in Celtic mythology. However, there did exist an 'Otherworld’ that not only served as the realm of the dead, but also as the dwelling place for a pantheon of ancient deities that interacted with humans in life and death.

Unlike Hell, which is seen by Christians as existing in another place separate from heaven and earth, the 'Otherworld' of Celtic mythology was seen as a parallel universe.

"Celtic gods and goddesses were not believed to reside elsewhere, waiting for the departed souls to arrive after death, but they were perceived as often crossing back and forth to the human dimension, and Celtic heroes used magic to venture from here, into their realm."

The Celtic 'Otherworld' was said to be the domain of Manannán, God of the Sea, but it was actually a moral who became associated as the Lord of the Dead.

Donn, or ‘the Dark One’, is often associated in popular folklore with shipwrecks and sea storms. The souls of the dead are said to assemble on his stormy island before setting out on their journey to the Otherworld.

Donn was the son of Milesius, also known as Mil Éspaine, and Seang.

Following an invasion of the Milesians, Donn and his brothers set sail in a fleet of sixty-five ships for Ireland intent on revenge for their kinsman, Ith.

Ith was killed by the three De Danann High Kings who shared the sovereignty of Ireland.

After landing, and on their way to Tara, the brothers were met by the Sidhe Queens,  Banba, Fodhla and Ériu. After insulting Ériu, who initially foretold great fortune for the brothers, Donn was told neither he nor his children would ever have rule of Ireland.

The Milesians then met with the De Danann kings at Tara, but were told their forces weren't yet ready to do battle. Donn's brother Amergin agreed to pull their ships back nine waves' breadth from the shore and said that if their landing could be prevented, they'd go home and never return.

When they withdrew, the druids of the De Danann raised up mighty storms and scattered their fleets, wrecking the ships and drowning the warriors.

It is said that Donn met his death at Bull Rock, which lies just off the western coast of Dursey Island, Cork.

As the first of the Milesians to die in this invasion of Ireland, and being of high status, Donn's position soon became elevated to Lord of the Dead. As time passed, his story was absorbed into folklore, and he became known of as a King of the Sidhe.

It was said that Donn made his home at the place of his death, and called it Teach Duinn. People believed that on stormy nights, he rode across the sky on a white horse, and they would say, "Donn is galloping in the clouds tonight."

It was also believed that the dead continued to walk in the land of the living as 'shades' until they heard the sound of Donn's horn at Samhain, calling them to Teach Duinn, from where they then traveled west over the sea to the 'Otherworld.'