George Kelly: Executed and exonerated for the Cameo Murders

George Kelly and Charles Connolly were both convicted of the 1949 Cameo murders in Liverpool but the judgments against them were later quashed. 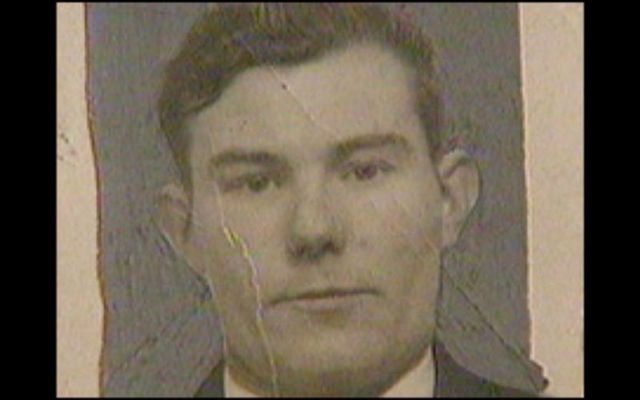 On the night of the 19th of March 1949,  Leonard Thomas, the manager of the Cameo Cinema in Liverpool, was counting his day's takings alongside his assistant Bernard Catterall when suddenly a masked armed assailant appeared demanding money. An argument ensued resulting in six shots being fired, fatally wounding both Thomas and Catterall.

Following the shooting, the assailant bolted for a nearby fire escape and proceeded to flee on foot evading capture without being identified.

Police arrived shortly after, fingerprints were taken, and door-to-door inquiries were made, but no significant information was obtained. Police discovered the telephone cables had been severed at the cinema.

In September 1949, James Northam and Jacqueline Dickson were being questioned by police regarding a separate matter when they dropped a bombshell and offered to provide two names for the cinema shooting on the premise that they would receive complete immunity from prosecution.

Shortly after Northam and Dickson's bombshell statement, Connolly was arrested in the early hours of the morning. Kelly was requested to appear at the local police station where he was immediately arrested and charged with the murder on arrival and informed that his accomplice was also in custody.

Both Kelly and Connolly proclaimed their innocence to police investigators. They both claimed not only were they not involved in the cinema murders but that they had never even met or seen each other prior to their arrests. Both individuals' fingerprints were taken and failed to match with the fingerprints obtained at the scene of the shooting. Both Kelly and Connolly provided supported alibis for the night in question.

On the word of Northam and Dickson, both individuals were charged with the murder. Prior to giving the statement to the police, Northam had recently been released from prison and was a known pimp. Dickson was a known prostitute with a history of dishonesty with the police.

Both Kelly and Connolly were brought before St George hall on the 12th of January 1950. Outside of Northam and Dickson's testimony, not one witness was able to identify either Kelly or Connolly. No witnesses could recall seeing either party at the scene of the crime or at the Beehive Hotel.

The trial lasted a week resulting in the judge discharging the jury having failed to reach a verdict with both men to be retried. A decision was subsequently made by the prosecution to try both men separately, Kelly first, followed by Connolly.

During the second trial, the same evidence from the first trial was put forward with the added testimony from a Robert Graham. It was claimed that Connolly and Kelly were unable to communicate with each other in prison and that Graham had acted as a messenger for both parties. While allegedly carrying messages, he claimed to have personally heard Kelly's admission of guilt to the shooting as well as Connolly's admission for his role in the crime.

Kelly was found guilty and sentenced to death. He was hanged at Walton Prison in Liverpool in March 1950 based solely on the testimony of a pimp, a prostitute, and a serving convict.

It was later proved that Connolly and Kelly had no issues communicating with each other in prison. Throughout the first and second trials, both Kelly and Connolly vehemently maintained their innocence.

Following Kelly's guilty verdict, Connolly was due to stand trial within days. To add to his troubles, Connolly's council decided he could no longer continue to represent him due to parliamentary duties. A new council was assigned to Connolly's defence.

Shortly after, the newly assigned council informed Connolly of a plea deal being offered by the prosecution and urged him to accept. Connolly refused on the grounds of his innocence and his supported alibi. The council went on to explain to Connolly that if he doesn't accept the plea, that he will undoubtedly end up in front of the hangman like Kelly.

On the day of trial, and with mounting pressure, Connolly pleaded guilty and received a ten-year sentence.

Following his release, Connolly brought the case before the court of appeals. The case was accepted on the grounds that the defence wasn't made aware of Robert Graham's testimony and Graham's prior history of making similar allegations that were subsequently proven to be false.

It was June 2003 before Kelly's and Connolly's convictions were judged to be unsafe and were duly quashed. Unfortunately, Connolly died before being officially exonerated.