Raymond Donoghue: An act of bravery that saved dozens of tram passengers

IrishCentral Contributor CJ Clancy takes a look at Raymond Donoghue, who was one of only 23 Australians to be awarded the George Cross medal. 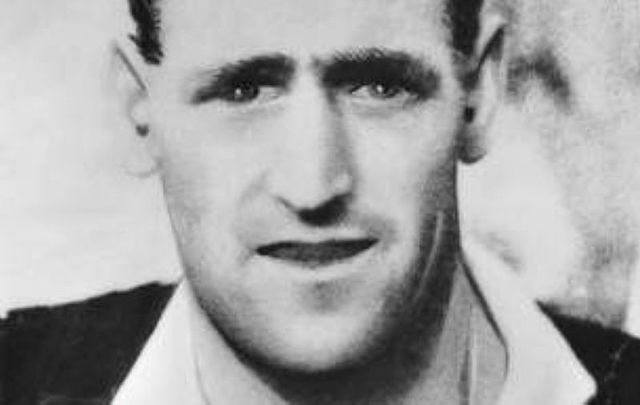 Raymond Donoghue is remembered as the hero that sacrificed himself to save others. He was posthumously awarded the George Cross medal in 1960.

Born on the 10th of December 1919. Raymond Donoghue was one of twelve children to Percy, a fisherman, and Elsie O'Donoghue in Hobart, Tasmania.

Donoghue attended Macquarie Street School in South Hobart. In March 1940, he enlisted in the Australian Army. He served in the Middle East before ending up in Greece where he was caught by the German military in April 1941, eventually being liberated in May 1945 as a POW.

In July 1947, Donoghue married the love of his life Eileen Patricia Morris. He worked various odd-jobs before joining the Metropolitan Transport Trust as a cleaner before becoming a tram driver within several months.

On the 29th of April 1960, Donoghue was the conductor of tram 131. At roughly 4:45 pm, his tram collided with a lorry leaving the driver dazed and the cab damaged. The tram, with air brake pipes fractured and emergency electric brakes ineffective, began rolling downhill, gaining speed towards the city.

Assisted by passengers, Donoghue tried to apply the handbrake without effect. He then moved the passengers as far back into the carriage as possible, doing his best to calm them as the train rushed backward at 80 km per hour along Hobart's Main Street at peak hour traffic.

Donoghue occupied the cab, sounding the warning gong while struggling to apply the handbrake. Neglecting ample opportunity to save himself by retreating into the passenger compartment or jumping clear, he instead continued to warn traffic until his tram struck tram 137 at the foot of Elizabeth Street hill. Partly telescoped, both were projected almost the length of a city block before stopping near Bathurst Street.

Donoghue died instantly but all of his passengers survived because of his brave actions.

Donoghue was buried in Cornelian Bay Cemetery in Hobart, leaving behind six children - four sons and two daughters - and another daughter who would be born three weeks after his funeral. He received full military and civic honours.

On the 11th of October 1960, Donoghue was posthumously awarded the George Cross medal. The medal is on display in the Hall of Valour at the Australian War Memorial in Canberra.