IrishCentral Contributor CJ Clancy takes a look at the life and military career of Henry Kelly. 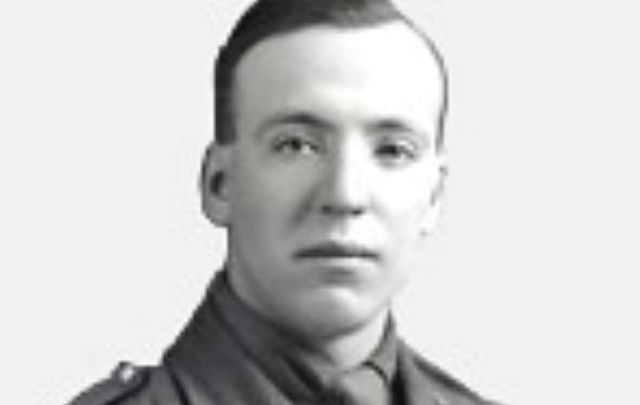 Henry Kelly was a highly-decorated British soldier who returned to his ancestral homeland of Ireland to help train the Irish Army during the Irish Civil War 1922-23.

Henry Kelly was born the first of ten children to Charles and Jane Kelly (nee McGarry) in Collyhurst, Manchester. His father Charles, a native of Dublin, died in 1904 leaving Jane with ten children to raise on her own.

Kelly was educated at St. Patrick's School and Xaverian College in Manchester. After he finished school, he moved to Morton and worked as a postal worker before enlisting on the 5th of September 1915 at 27 years of age, the same day as the Battle of Marne began forty miles north east of Paris.

Kelly went on to be awarded the Victoria Cross, the highest and most prestigious award for gallantry that can be awarded to British and Commonwealth forces, for an act of bravery at Le Sars during the Battle of the Somme on the 4th of October 1916.

The citation for his Victoria Cross reads: "For most conspicuous bravery in an attack. He twice rallied his company under the heaviest fire, and finally led the only three available men into the enemy trench, and there remained bombing until two of them had become casualties and enemy reinforcements had arrived. He then carried his company sergeant major, who had been wounded, back to our trenches, a distance of 70 yards and subsequently three other soldiers. He set a fine example of gallantry and endurance."

Kelly was later awarded a Military Cross for his actions in Italy in June 1918 where he commanded a raiding party of his company and two platoons of another, killing up to eighty enemy, taking thirty one prisoners, a flamethrower, and two machine guns for the loss of one killed, eighteen wounded and three missing. He was promoted to Captain in September 1918.

Kelly was awarded a Bar to his Military Cross for his actions at Casa Polesi on the north bank of the River Piave on the 27th of October 1918. There, he took the Austrian positions out, capturing many machine guns and 700 prisoners.

In 1922, Kelly went to his ancestral homeland to help train Ireland's new Free State Army, serving as Major for Chief of Staff Eoin O'Duffy. During Kelly's time in Ireland, he studied at National University, Dublin and qualified as a chartered surveyor.

Kelly returned to England in 1925 and went back to the postal service and opened a few groceries shops with one of his brothers. He joined the Catholic Association, the Knights of St. Columba, and became Grand Knight of Council 105 between 1925-27.

In September 1926, Kelly married Eileen Guerin, a native of Co Kerry, in Manchester. Together they had two children - Eileen born in 1928 and Henry born in 1931.

In 1936, Kelly volunteered to join the International Brigades, taking on General Franco's fascists in the Spanish Civil War as Commandante General. He was awarded the Grand Laurelled Cross of San Fernando in 1937.

At the outbreak of the Second World War, Kelly re-enlisted in the British Army at fifty-two years of age, serving as a lieutenant in the Cheshire regiment. In 1944, he was court-martialled and forced to resign for making a false travel expense claim of £2.10, astonishing considering his military record.

Kelly moved to Wales with family after his court-martial, employed as an auctioneer valuer and estate agent eventually retiring to Manchester where he worked for the post office.

On the 18th of January 1960, Henry Kelly passed away after a long illness at Prestwich hospital. He was buried in  Southern Cemetery, Manchester with his wife and sister.