IrishCentral Contributor CJ Clancy looks at the life of Irish American Hugh Francis Redmond, who died a hero in China. 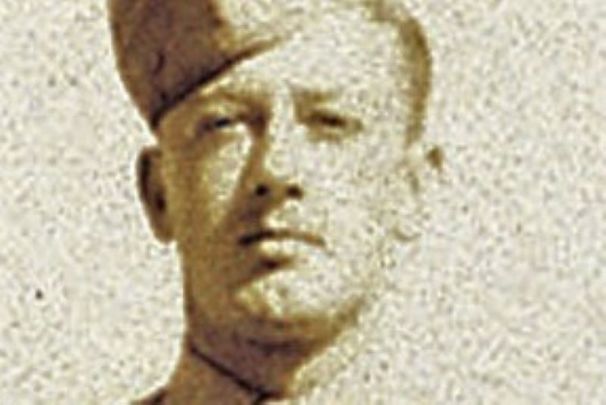 Hugh Francis Redmond died in China after being imprisoned for nearly 20 years on suspicion of espionage. He never revealed that he was a CIA operative.

Hugh Sr worked as a building superintendent in Yonkers. The family struggled terribly during the depression financially. Redmond was a good athlete with a burning desire for knowledge.

After high school, Redmond joined the Civilian Conservation Corps (CCC), a voluntary public work relief program that operated between 1933 and 1942 for unmarried men aged 18-25 that did work improving public land and was founded by President Theodore Roosevelt.

In 1942, Redmond enlisted in the Army and went on to serve in the 101st Airborne Division as a paratrooper. He fought in Normandy with the 506th parachute infantry regiment and saw heavy combat in France and Holland, getting wounded twice. Redmond was awarded both the Silver and Bronze stars for his wartime heroics during the Second World War and returned home at the end of 1945.

On his return, Redmond became aware of a government agency called the Office of Strategic Services (OSS), the precursor to the Central Intelligence Agency (CIA) today. He applied and was duly accepted.

The OSS was founded by "Wild Bill" William J Donovan (1883-1959), who was a veteran of both World Wars and the only person to have received all four of the United States' highest awards including the Medal of Honour and three Purple Hearts. Donovan had strong family connections in Skibbereen and Ulster through his grandparents. There's a statue of Donovan in the lobby of CIA headquarters that was erected in 1988.

On completion of his OSS training, Redmond joined the storied Special Activities Division and was sent to Shanghai in 1946 to gather intelligence on Communist activity in China under the alias of an ice-cream machine salesman.

On the 1st of October 1949, Chairman Mao Zedong proclaimed the founding of the People's Republic of China at Tiananmen Square, and the Red Guard soon had control of the country.

In 1951, Redmond was given orders to evacuate China and boarded a ship bound for California. As Redmond was getting onboard with his girlfriend, Chinese police spotted him and arrested him. He was soon convicted and sentenced to a Chinese prison for espionage. It was speculated that his Russian girlfriend betrayed him.

Redmond suffered daily excruciating torture and interrogations but never confessed to being a CIA agent. He was held prisoner in a tiny cell with no toilet, surviving on meagre portions of rice and vegetables. Redmond endured severe weight loss and his teeth fell out but he always maintained he was only an ice cream machine salesman.

On the 13th of April 1970, the Chinese government claimed Redmond, who had been imprisoned for nearly 20 years, took his own life with an American-made razor. He was fifty years of age.

His cremated remains were returned to America where he was buried in Yonkers' Oakland cemetery on the 3rd of August 1970. Redmond's death remains a mystery to this day.

An inscription on his gravestone reads: "His country above all else."