Irish American WWII spymaster William J. Donovan who was awarded the US Medal of Honor

His story is being told in "Medal of Honor: Wild Bill Donovan," the latest issue of the Association of the United States Army's graphic novel series. 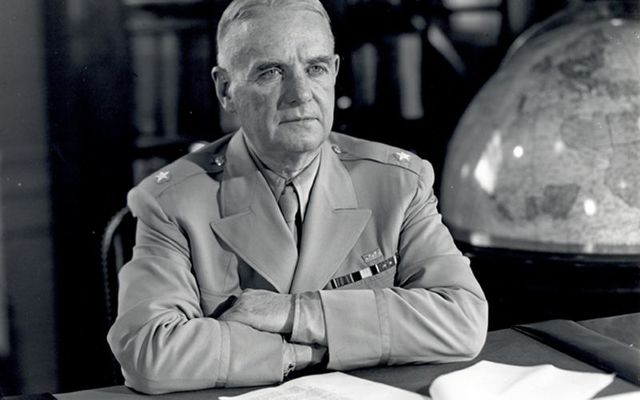 His story is being told in "Medal of Honor: Wild Bill Donovan," the latest issue of the Association of the United States Army's graphic novel series, reports Military.com.

Donovan is best known for serving as the head of the Office of Strategic Services (OSS), the precursor to the CIA, during World War II. He was also a combat veteran of World War I.

Donovan was born in Buffalo, New York, on January 1, 1883 to Anna Letitia "Tish" Donovan (née Lennon) and Timothy P. Donovan. His Irish roots run deep --  his grandparents on both sides were Irish immigrants.

The Lennons were from Ulster, while the Donovans were from County Cork. Donovan's grandfather, Timothy O'Donovan, Sr., was from the town of Skibbereen. He dropped the "O" from his name when he migrated to the United States.

Although he initially wanted to become a Catholic priest, William Donovan graduated Columbia Law School, where he was a classmate of Franklin D. Roosevelt. He practiced corporate law before helping to form and become the leader of the New York National Guard in 1912. As captain, he served on the Mexican border during the campaign against Pancho Villa in 1916.

During World War I, Army major Donovan led the 1st battalion, 165th Infantry of the 42d Division in France during World War I. His courage under fire earned him the nickname “Wild Bill."

(When he joined the unit, it was still known as the 69th Regiment and was known as the “Fighting Irish Regiment."  Donovan's exploits were chronicled in the 1940 movie “The Fighting 69th,” which starred James Cagney as a fictional soldier who must overcome his fear in battle. In the film, Donovan is portrayed by actor George Brent.)

Donovan was wounded several times and for his service at Landres-et-St.Georges he was awarded the Congressional Medal of Honor. By the end of the war, he had been promoted to the rank of colonel and awarded several medals by the United States and its European allies, becoming one of the most decorated soldiers of WWI.

He began his intelligence career while serving with the American Expeditionary Force during the Russian Civil War and continued his intelligence gathering in the 1920s and 1930s through fact-finding trips in Europe, according to NPS.gov.

President Franklin Roosevelt recruited Donovan to head the new Office of the Coordinator of Information (COI), which was formed to  get the intelligence branches of the Army, Navy, FBI, and State Department to work together.

The Office of Strategic Services (OSS) was formed out of the COI as America entered the Second World War, and Donovan was once again selected to lead the intelligence operation. Taking a hands-on approach, Donovan personally landed at Normandy on D-Day to participate in spy missions as the Allies invaded Europe.

The OSS was dissolved in September 1945. The CIA would later take its place in 1947.  After the war, Donovan became a lawyer once again, and he successfully lobbied for the war crimes trials at Nuremberg.

President Eisenhower appointed him Ambassador to Thailand from 1953- 1954.

Donovan died on February 8, 1959 in Washington DC and is buried at Arlington National Cemetery. A statue of him stands in the lobby of the CIA headquarters building in Langley, Virginia.

You can view or download a free copy of "Medal of Honor: Wild Bill Donovan,"  at www.ausa.org/donovan.