What happened to the USS Scorpion?

IrishCentral Contributor CJ Clancy looks at the disappearance of the USS Scorpion, which was commanded by Irish American Francis Slattery. 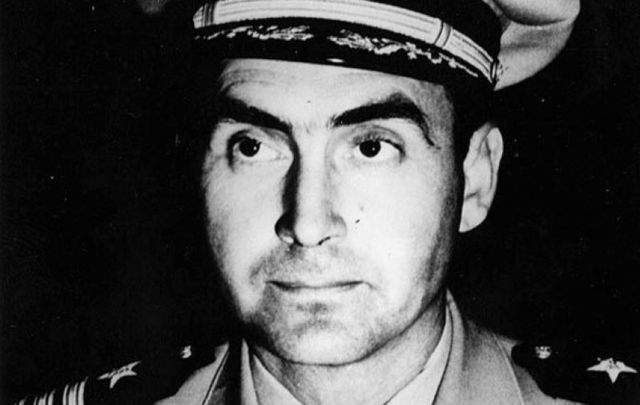 Commander Francis A. Slattery, USN, Commanding Officer of the nuclear-powered attack submarine USS Scorpion (SSN-589) when it was reported missing in May 1968. Cdr. Slattery took command of USS Scorpion in October 1967. Public Domain / US Navy

Slattery graduated from the US Naval Academy in 1954 and attended the Nuclear Power School in 1959. He was posted to nuclear submarines thereafter.

The USS Scorpion was commissioned in July 1960. A new class of nuclear-powered submarines was developed to monitor Soviet submarines during the Cold War. They were smaller, quicker and because they were nuclear powered, they were capable of going further and on longer patrols. The Scorpion was seventy-six metres in length and capable of launching 90 torpedos from six launch tubes.

On the 15th February 1968, the Scorpion departed from its naval base in Norfolk, Virginia for its Mediterranean deployment.

On the 16th of May 1968, the Scorpion dropped two crew off at a naval station in Spain due to health concerns and a family emergency.

Scorpion subsequently set off for the Atlantic to monitor Soviet naval activity in the vicinity of Azores (Portuguese territory, 870 miles west of Lisbon).

At midnight May 20, 1968, the Scorpion spent an unusual amount of time attempting to send radio messages to naval station rota. The communication only reached a naval base in Greece before being forwarded back to COMSUBLANT, the message centre for the submarine force. The message was from commander Slattery stating that Scorpion was closing in on the Soviet submarine.

On the 27th of May, the Scorpion failed to return to base at Norfolk Virginia. John Craven, chief scientist of the Navy's Special Projects Division was tasked with locating the submarine in the vast Atlantic. Ten days after the search commenced, the submarine and ninety-nine crew were declared lost and presumed dead. The incident was made classified.

On the 30th of October, 1968, the Navy announced the Scorpion had been located 10,000 feet at the bottom of the Atlantic, four hundred miles southwest of Azores.

In 1993, the Navy began to declassify the incident. 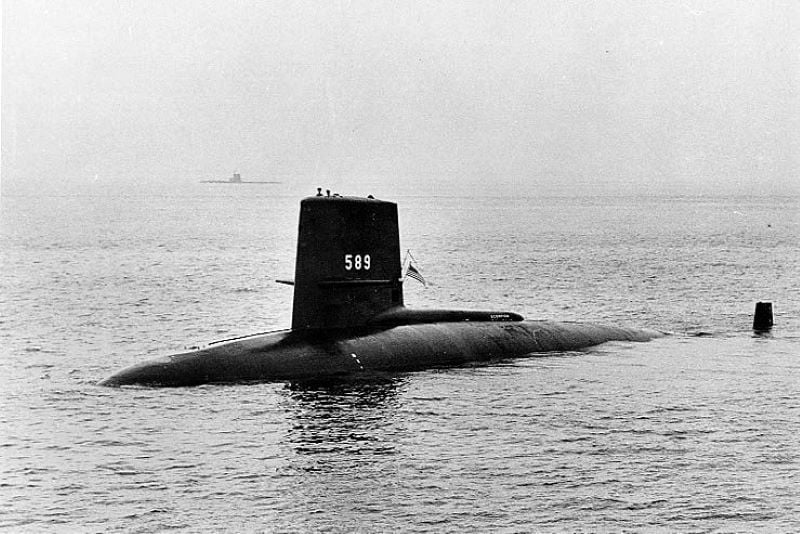 In the 1960s, the US military began creating a massive network of underwater microphones across the world's oceans in order to monitor Soviet naval fleet activity at the cost of seventeen billion dollars.

Technicians were trained to distinguish between ships, whales, underwater volcanos, and submarines. These technicians were able to locate the Scorpion's location by triangulating two signals off Newfoundland and a third from Europe.

The Navy report concluded the most probable scenario was stray electrical current activated an onboard torpedo. Commander Slattery more than likely ordered the Scorpion to turn 180 degrees which would have engaged a safety mechanism that would disarm the torpedo. The crew then ejected the torpedo but it failed to disarm.

The torpedo began to search for a target and invariably the Scorpion, being the only vessel in the vicinity, became the target. The Scorpion then attempted to outrun the torpedo but failed. What's most terrifying is the crew would have been able to hear the torpedo whizzing through the water bringing certain death 400-500 metres below the sea.

Navy lieutenant Rob Saxon, who investigated the Scorpion wreckage in 1969, carried nine dives in total. Saxon found no evidence the Scorpion was struck by a torpedo. No torpedo damage was found on the hull. The torpedo doors were shuttered closed indicating no torpedo was fired.

In 1970, a different Naval panel disavowed the torpedo theory. They concluded the Scorpion likely sank because of mechanical failure which caused an irreparable leak that lead to flooding and eventual sinking.

In the mid-1990s, Stephen Johnson, an investigative journalist from the Houston Chronicle, obtained several thousand pages of documents through the Freedom of Information Act, relating to the Scorpion's maintenance history.

Johnson discovered that the Scorpion had been selected in a secret program that drastically reduced the maintenance it would have ordinarily received.

After the incident was made declassified, more people began to come forward. An engineer at a torpedo testing lab contacted lead investigator John Craven about safety concerns regarding the Mark 37 torpedo prior to its introduction.

Naval ordinance had previously assured John Craven that there were no prior issues with torpedos, that it was impossible for a torpedo to explode onboard.

Investigative journalists Sherry Sontag and Christopher Drew uncovered that tests on the battery that powered the Mark 37 torpedo showed it was prone to overheating and occasionally caught fire.

Engineers at a torpedo testing facility in Washington had warned naval ordinance about the possible onboard explosion big enough to sink a submarine. Allegedly, naval ordinance completely ignored these concerns.

Former Radiomen 2nd class Mike Hannon, who was a communications specialist at submarine force HQ at the time of the incident, claimed the USS Scorpion was sunk after a skirmish with a Russian submarine.

Military reporter Ed Offley released a book supporting the theory of a Soviet submarine attack called "Scorpion Down" in 2007. That the incident was covered up by both American and Soviet officials to avoid conflict escalation.

The official cause of the sinking of the USS Scorpion is unknown. The only people that know what happened for certain are 10,000 feet under the sea. Slattery was survived by his wife Dorothy and two daughters and a son. His parents William and Dorris passed away in 2001.

The Navy subsequently scrapped the cost-cutting maintenance program after the loss of the Scorpion and its crew. The Mark 37 was re-engineered and the Navy hasn't lost a nuclear-powered submarine since.

During his career, Slattery was awarded the Navy Occupation Service Medal (Europe) and the National Defense Service Medal with one bronze star.