The Tyrone man who almost made it to Timbuktu in 1793 but was never seen again. 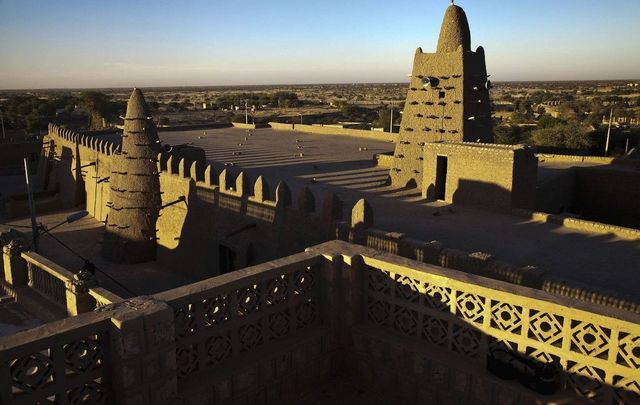 From a cash-strapped ex-British army captain exploring to Gambia River to his mysterious disappearance en route to the Mali city of Timbuktu.

Daniel Houghton was born in County Tyrone, in 1740, into a military family. His father was William Houghton. Daniel enlisted in October 1758, commissioned as an ensign to (Welsh) 69th South LincolnshireRegiment of Foot, which his father had served with.

Houghton served in Gibraltar from 1770 to 75. As a lieutenant, he was sent to Morocco on a diplomatic mission by general Edward Cornwallis. In 1773, Houghton was promoted to captain.

In 1778, Houghton retired from the army. He soon found himself in financial problems and accepted an engineering job in India.

In 1779, Houghton set sail for India. During the journey, the fleet abandoned its voyage to India ending up off the coast of Senegal and capturing the island of Goree from the French. Goree was initially used as a stopover by Portuguese sailors in the 15th century before the Dutch acquired it and it was subsequently seized by the French in 1677.

Houghton remained on the island of Goree for four years holding various town positions including town mayor and administration roles. He eventually fell out with officials and was sent packing. Soon after Goree was recaptured by the French.

In 1790, financially strapped Daniel Houghton approached the African association of London proposing a mission to find the source of the Gambia River.

The association was impressed with Houghton's previous experience in Africa and his knowledge of African languages. They accepted his proposal and tasked Houghton with finding the fabled city of gold "Timbuktu" as well as finding the source of the Niger River.

On Oct 16, 1790, Houghton set sail reaching the Gambia on Nov 10. He was well received by the King of Barra who Houghton had met previously while exploring the mainland, during his time at Goree.

Houghton set about using his previous contacts to secure guides and horses to carry his baggage before setting off on his expedition.

On the journey, Houghton's slight knowledge of Mandingo (language) was enough to decipher a plot by the traders to murder him. The traders were worried Houghton's presence would disrupt their business. He diverted his route to avoid the traders and made it to Medina safety.

In March 1791, Medina burned down in one day resulting in Houghton losing some of his equipment &and weapons. Shortly after his interpreter abandoned him, taking off with some of his goods and one of his horses.

In May 1791, Houghton traveled past the Faleme River ( a tributary of the Senegalese River) at Barra Kunda, passing the former limits of European exploration. While traveling through the Bondou territory, Houghton had the misfortune to meet the hostile son of a local king who made off with possessions.

Soon after Houghton caught a virus falling severely ill. Desperate for respite, Houghton reached the town of Ferbanna in the kingdom of Bambuk during the rainy season.

While in Ferbanna, Houghton was approached by a friendly local trader who kindly offered to escort him to Timbuktu for free.

In July 1791, Houghton and his new friend set out for Timbuktu. Houghton sent his last report from the village of Simbing (Moorish territory) in September 1791. Daniel Houghton was never heard of again.

In 1793, Authorities received confirmation of Houghton's death. It's believed Houghton was attempting to reach Timbuktu through the Sahara desert to Tisheet in the north. It's believed they took this route fearful of the tribal wars going the direct route to Timbuktu. A few days in, Houghton turned back alone suspecting his new friend was planning on killing him.

By 1794, Houghton's wife and three kids were impoverished and sent to prison for debts. The London African Association successfully petitioned the crown for a widow's pension for his wife

On Aug 18, 1826, Scottish explorer Gordon Lang became the first European to reach Timbuktu. Lang never made out of Timbuktu alive.