Mary Dohey was an air hostess and hero on the 1971 Air Canada hijacking by Paul Cini, who claimed to be a member of the IRA. 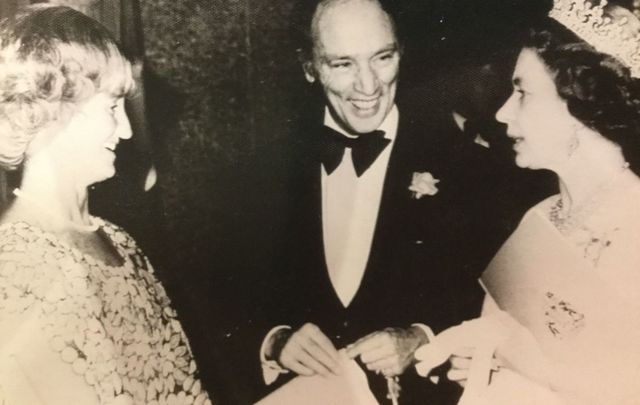 Mary Imelda Dohey was one of only 20 recipients of Canada's "Cross of Valor," awarded for the most conspicuous courage in circumstances of extreme peril.

When Mary was three years of age, her mother passed away, forcing her father to place the young child and family's second-youngest (Jack) into foster care. The following six years in foster care would prove to be extremely harsh. She spent some time in the Belvedere Orphanage, in St John's, before being adopted at 10 years of age by a very caring couple with a large family called Michael and Catherine Rice.

After school, Dohey went on to train as a psychiatric nurse. On completion of her training, she applied for a job as an air stewardess with Air Canada and was duly accepted.

On Nov 12, 1971, Mary was working on a routine flight from Vancouver to Toronto when Paul Joseph Cini boarded at a regular stopover in Calgary wearing a large overcoat and carrying a large bag.

Cini downed a number of shots before pulling out a sawn-off shotgun and announcing that he was a member of the Irish Republican Army, willing to blow up the plane unless he receives $1.5 million and safe passage to Ireland.

He approached Mary Dohey wearing a black mask covering his face, with a shotgun in hand and placed the muzzle of the shotgun under her chin. Nervously, he ordered Dohey to raise her hand holding detonator wires attached to two bundles of 60 sticks in total of dynamite between her thumb and forefinger.

Prior to Cini boarding the flight, he saw a news report regarding a failed airplane ransom attempt. After watching this news piece, he has a "eureka moment". He planned on jumping from the plane during the flight instead of trying to escape after the plane landed, like the fools on the news. Cini had recently experienced a breakup and it proved to be the straw that broke the camel's back for his mental health.

At one stage, his shotgun accidentally went off during the flight, narrowly missing Dohey's head. At no stage did Dohey panic.

She responded to the shotgun discharge with, "You didn't mean to do that, did you dear?"

She then asked if she could hold his hand, which he accepted. She began to placate Cini and became a sort of confidant to him, all the while holding the wires of the bomb precariously between her fingers. Cini kept repeating that everyone on board was going to die.

She began mentioning "she hears kids on board" and that she's one of 14 siblings. She notices the effect it's having on Cini and continues to placate him.

The plane eventually lands at Great Falls, Montana, for Cini to collect the ransom money. A suitcase was squeezed through a hatch on the plane. All the while, Dohey was being held at gunpoint by Cini. The suitcase only contained $50k but it appeared to suffice. Cini offers Dohey the opportunity to walk off the plane to safety but incredibly she refused.

Dohey later explained, "I knew if I got off... if I got up from his side, he would go berserk and shoot everyone else. I was like his security blanket, like a mother is."

After the plane took off to return to Calgary, Cini ordered the plane to be flown at 1,000 feet. Next, he ordered the crew to open the emergency door in preparation for his jump.

It's then Cini gets into bother. He was unable to untie the rope around his parachute. He requested a sharp object from one of the pilots to cut it free altogether. The pilot offered him an ax resulting in Cini, unbelievably, placing his shotgun down on the deck in order to grab the ax.

The sight of the shotgun on the deck prompts the pilot and the crew to set upon Cini. The pilot lunged at his throat and a crew member struck him on the head using the ax with devastating force.

The entire duration of the hijacking was eight hours.

Cini was charged and sentenced to life in prison and paroled ten years later.

For Mary Dohey's courageous actions, she was awarded Canada's highest honor for bravery, the Cross of Valour, in December 1976.

Only the third individual and the first living person at the time to receive the award, Dohey was credited for saving the lives of 200 passengers and crew by remaining calm and under control with an unstable psychotic, Paul Cini.

In 1977, Dohey had a meeting with Queen Elizabeth II and Pierre Trudeau to commemorate her actions.

Dohey also took an absence from her career to volunteer for the Dr. Tom Dooley foundation spending six months in Kathmandu, to both nurse and train nurses.