What you should know about the real Murphy’s Law 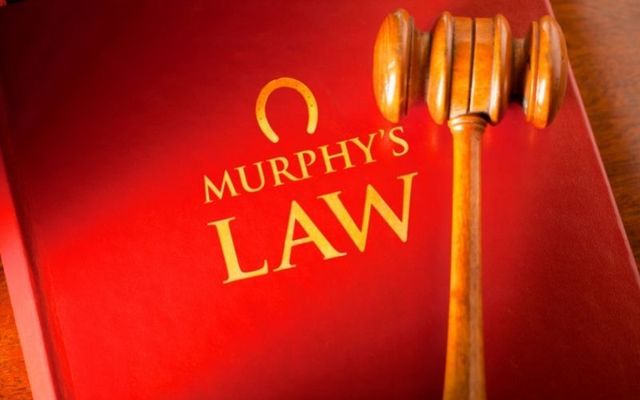 Murphy’s Law is a relatively recent invention, with its first reference being in a 1951 scientific journal.

It comes from an unlikely source. In 1948 and 1949, tests to see how humans could tolerate G forces on impact and while flying at high speeds were being carried out at Edwards Air Force base in the Mojave Desert in California.

Dr. John Stapp, a US Air Force colonel and Flight Surgeon in the 1950s, was in charge. Research and Development chief Edward Aloysius Murphy, a New Jersey native and decorated World War II pilot, was also involved in the highly complex testing phase.

A key sensor was installed completely backward, allegedly by Murphy, who never checked it before it was made operational. As a result, the test went utterly haywire much to the embarrassment of everyone concerned.

Stapp used the term “Murphy’s Law” in a subsequent press conference saying the incident had taught them to assume whatever could go wrong would and to plan for it.

The next major mention is in the May/June 1955 issue of Aviation Mechanics Bulletin which included the line "Murphy's law: If an aircraft part can be installed incorrectly, someone will install it that way.”

It really took off (pardon the pun) in 1962 when the Mercury astronauts cited Murphy's Law in explaining why everything was checked and rechecked before spaceflight.

Murphy died in 1990. In the 1960s, he worked on the Apollo moon mission on safety and life protection issues. He always claimed his law was a positive development, by teaching people to expect the worst and safeguarding against it.

1. Everything that can go wrong will.

2. If there is a possibility of several things going wrong, the one that will cause the most damage will be the first one to go wrong.

3. The things that go wrong are the hardest to get right.

4. Murphy was an optimist.

5. If you perceive that there are four possible ways in which something can go wrong, and circumvent these, then a fifth way, unprepared for, will promptly develop.

6. If everything seems to be going well, you have obviously overlooked something.

7. Everything takes longer than you think.

8. You never find a lost article until you replace it.

10. You get the most of what you need the least.

12. Enjoy today, tomorrow will be worse.