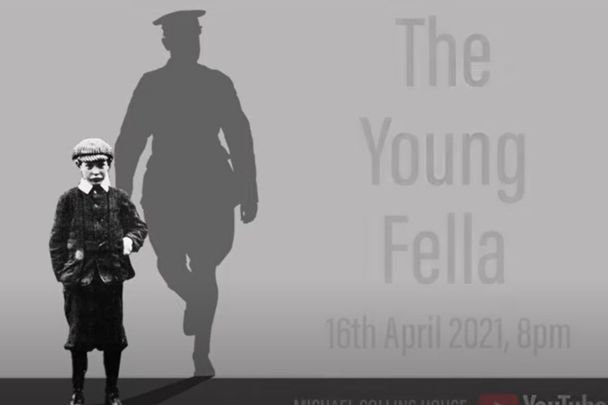 The new Irish documentary 'The Young Fella' will focus on the younger years of Michael Collins through the eyes of students.

The documentary, funded by Cork County Council’s Commemoration Committee and Michael Collins House and produced in Collins' home county of Cork, will explore the key events and influences of his formative years and uncovers the deeper story of one of Ireland's great historical figure.

According to Cork County Council, 'The Young Fella' centers around a group of six secondary school students who go on a journey to discover the local history of Michael Collins.

History is brought to life and Collins' story is told through the students as they visit local sites, meet with local historians, and even sit the 1906 Civil Service Exam that Collins passed. They learn about his day-to-day life, his school life, his friends and family, and what influenced his early political beliefs.

Collins' teenage years are put into perspective as they unveil the story of a normal, rural West Cork boy as he develops into a young man with an extraordinary life ahead of him. Michael Collins was just sixteen when he left Clonakilty for London, the same age as these students who reflect on life now and life then, helping to get a sense of what life was like for ‘The Young Fella’.

'The Young Fella' will premiere on the Michael Collins House Youtube channel at 8 pm on Friday, April 16, and will coincide with the 100 year anniversary of the burning of Michael Collins' childhood home by members of the British Army in 1921.