On August 22, 1922, Michael Collins was shot in an ambush. A remarkable photo of "The Big Fella" taken just hours before his death was uncovered in an attic. 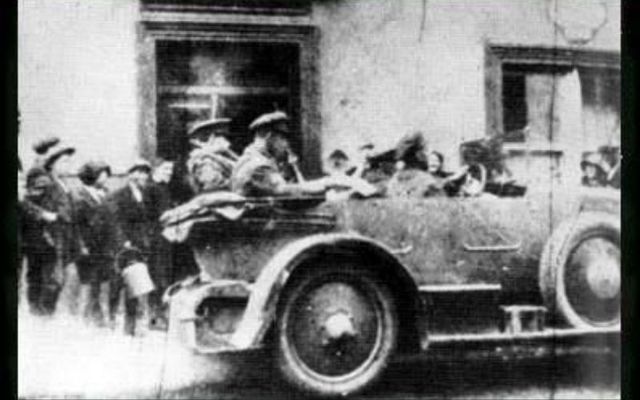 On August 22, 1922, Michael Collins was shot in an ambush. A remarkable photo of "The Big Fella" taken just hours before his death was uncovered in an attic.

After being hidden away for 90 some years, a remarkable photo of Michael Collins taken just hours before his death was uncovered in a Dublin attic, in 2012.

The images, captured using an old Brownie camera, were taken on August 22, 1922, by 18-year-old Agnes Hurley from Bandon. One shot features Collins in the back of the military vehicle in which he was driven to his death just hours later.

The Hurley collection spans 20 years from 1921. It was lost and found again in 2012 in a Dublin attic by her niece Mim O’Donovan.

O'Donovan brought the photographs to the "Revolutionary Decade Roadshow" in Clonakilty, organized by University College Cork.

Another picture shows the scene at Béal na Bláth (where Collins was killed) on August 23, 1922, the day after the ambush.

No photograph of the site where Collins died was known to exist previously.

"Aggie went to Béal na Bláth to see what had happened because they'd heard gunshots the previous day.

"She took hundreds of photographs over the years and dated the back of every single one," O'Donovan told the Irish Independent.