The Irish suffragette who followed Churchill around ringing a bell

Mary Maloney, a member of the Women's Freedom League, drowned out a young Churchill's speech in Dundee by ringing a handbell. 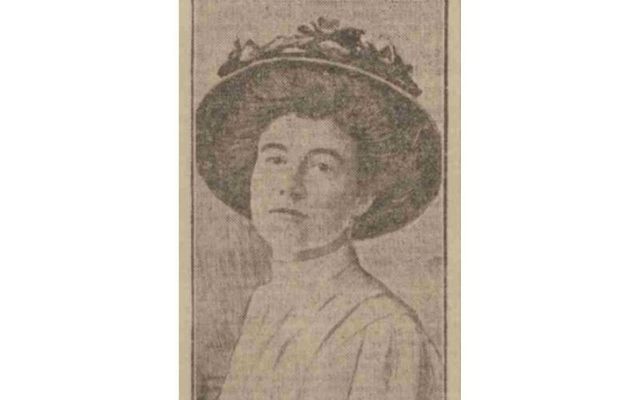 The rebellious protest tactics of Irish suffragette Mary Maloney still garner attention and applause on social media to this day.

Who was Mary Maloney and what did she do?

Maloney was a member of the Women's Freedom League, who staged peaceful protest campaigns for women's suffrage and sexual equality in the UK throughout the early 1900s.

Maloney was most famous for her acts of protest during the 1908 by-elections of Dundee, Scotland, in which a 34-year-old Winston Churchill was running to regain a seat in Parliament.

Namely, she would appear at Churchill's speaking engagements, demand that he apologize for insulting remarks he had made about the women's suffrage movement, and proceed to drown him out by ringing a large bell when he refused and attempted to carry on with his planned remarks.

TIL that an Irish suffragette named Mary Maloney followed Winston Churchill around in his every move for a week ringing a very large bell every time he tried to speak. Her most famous “interruption” was on May 6th 1908 while Churchill was campaigning in Dundee. from r/todayilearned

According to a segment from the archives of the London Evening News, it was quite effective. The heading to a photo featured on May 9, 1908, reads "A Speech Spoiled: Miss Molony's Successful Interruption of the Liberal Candidate," and continues:

On Monday, when Mr. Churchill was addressing a meeting of workmen during dinner-time at a large factory, Miss Molony, an Irish Suffragist, appeared on the scene in a carriage, and began to drown the speaker's voice with a hand-bell. She declared that the Liberal candidate should not address an open-air meeting in Dundee until he had apologised for some recent remarks about women politicians. For some time Mr. Churchill struggled good-humouredly against the bell, but at last he gave up the effort in despair, saying, "If she thinks that is a reasonable argument she may use it. I don't care. I bid you good afternoon."

The most thorough account of Mary Maloney's life available is on the website Indie Tours, which offers many fascinating stories from Irish suffrage. If you're looking to learn more, check out this post for research on her real name, a delightful account of her being given the nickname "La Belle Maloney," and stories of her later protests, including climbing the Parliament's Richard the Lionheart statue and refusing to come down until finishing her speech on voting rights for women.