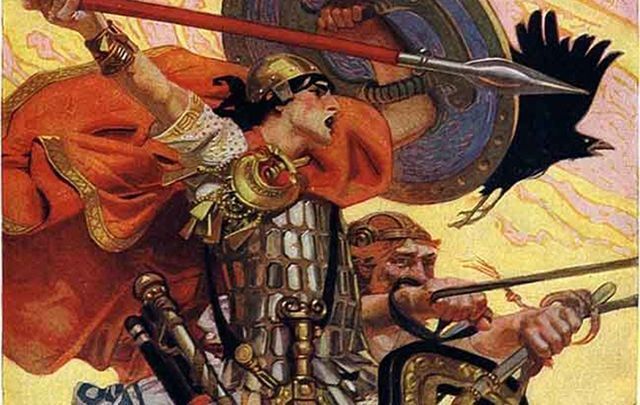 A professor of Celtic studies at a Welsh university has written a scathing review of a new book claiming that there was no such thing as Celts.

Professor Patrick Sims-Williams, a professor of Welsh and Celtic Studies at Aberystwyth University, has hit out at Guardian columnist Simon Jenkins' new book "The Celts: A Sceptical History", which claims that there was never a distinct Celtic people or tribe.

Instead, Jenkins argues that Celts were just "sociable sailors" and notions of a Celtic identity developed in Ireland, Scotland, and Wales as a political tool against English oppression.

However, Sims-Williams wrote in the Times Literary Supplement that the book was "ahistorical", describing Jenkins' grasp of Celtic scholarship as "shaky".

Addressing Jenkins' claims that there was no such thing as a Celtic language, Sims-Williams pointed out that even Jenkins had used the phrase "Celtic-speaking people".

He also addressed Jenkins' claims that there is "no evidence" that people in Austria and Switzerland spoke "anything like Celtic".

On the contrary, Sims-Williams pointed out that hundreds of inscriptions dating back to the Roman period prove that Swiss and Austrian people spoke Celtic.

"'Netromarus' on a second-century AD inscription from Carnuntum in Austria is obviously the same as medieval Irish nertmar (great strength) and Welsh nerthfawr," Sims-Williams wrote.

"Julius Caesar met Gauls who “called themselves Celtae”, and the Latin poet Martial described himself as a Celtiberian. In Caesar’s Gaul and in Martial’s part of Iberia, there are ancient inscriptions and place names in languages cognate with Irish and Welsh," he added.

However, Jenkins argues that the "Celtic languages moved up the Atlantic shore from the Iberian Peninsula".

"Several variations of Celtic language were then adopted by existing people in the British Isles, probably in the late Bronze Age [2100-800 BC] when they encountered a variety of languages spreading across Europe that accompanied the growth of trade in metals," Jenkins said.

"These people were not invading, they were moving and trading — so there were no Celts, just sociable sailors."

He said links between language and a unified Celtic culture began to appear in the 17th century.

"This theory suggested that if you speak a language, you must be a tribe, and therefore you must have invaded that country for the language to thrive there. But there is simply no evidence for this."

Jenkins pointed to people who speak a Romance language such as French or Spanish and said they don't refer to themselves ethnically as members of a Romance people. Therefore, the same must be true for "Celts", he wrote.

In his new book, Jenkins claimed that Ireland, Scotland, and Wales never "cohered as one entity", claiming that it is "distortive and dismissive" to lump them together.

"By the eleventh century, under Anglo-Saxons, Danes, and then Normans, England was among the earliest ‘nationalized’ states in Europe. It was an early ‘union'", he wrote.

"Unlike those of England, few of the clans or ‘kingdoms’ of Wales, Scotland, and Ireland behaved as if they were members of a collective whole. Their efforts at self-government came constantly to grief, with rulers no sooner succeeding in briefly uniting their peoples than they died in feuds and civil wars."