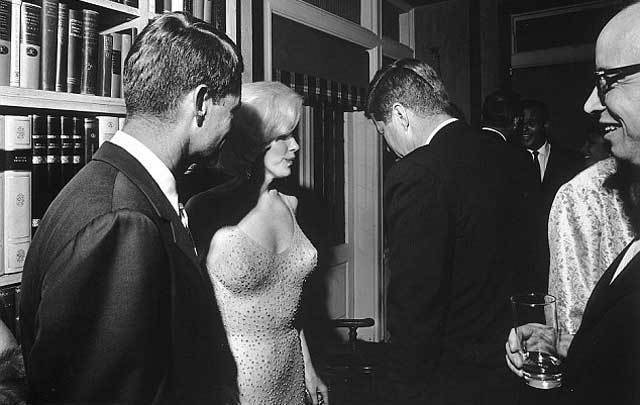 A 2013 biography, "In These Few Precious Days: The Final Year of Jack with Jackie", claims that Hollywood superstar Marilyn Monroe once called Jackie Kennedy to tell her that President John F. Kennedy had promised to marry her.

"In These Few Precious Days: The Final Year of Jack with Jackie" by Christopher Andersen examines the relationship between the former President and his wife in the years before his assassination, scrutinizing the alleged affair between Kennedy and Monroe.

Kennedy allegedly cheated on his wife with several women, but his affair with Monroe stood out from the rest.

Andersen's biography not only claims that the affair happened but that Monroe rang Jackie Kennedy to inform her that JFK had promised to marry her.

Jackie, however, had the perfect response.

"Marilyn, you’ll marry Jack, that’s great," Jackie replied, according to Andersen. "And you’ll move into the White House, and you’ll assume the responsibilities of the first lady. And I’ll move out, and you’ll have all the problems."

Andersen said that Marilyn Monroe bothered Jackie more than any other woman because of the potential that the affair would go public and cause a scandal.

"Marilyn was a loose cannon who could go public at any time, causing a scandal that would obliterate her husband’s reputation, destroy her marriage and hold her up to public ridicule," Andersen said in the biography.

Jackie was reportedly aware of her husband's affairs but was willing to tolerate them so long as they didn't become public knowledge, Andersen writes. His claims are backed up by Jackie's personal letters from just before her marriage.

She wrote that she knew her husband-to-be would have extra-marital affairs once they were married, claiming that he was similar to her father.

"He’s like my father in a way," she wrote in the letters. "Loves the chase and is bored with the conquest. And once married needs proof he’s still attractive, so flirts with other women and resents you.

"I think he was as much in love with me as he could be with anyone," she continued. "And now maybe he will want to get married because a Senator needs a wife. But if he ever does ask me to marry him, it will be for rather practical reasons – because his career is this driving thing with him."