The event will analyze the contribution of some of the most influential leaders in Irish and American history, including Collins, Charles Stuart Parnell, JFK, and Robert F. Kennedy. 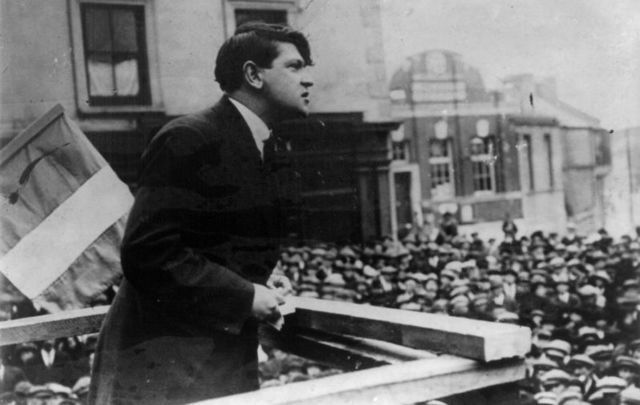 The Kennedy Summer School in County Wexford has assembled a team of renowned historians to mark the centenary of the death of Irish revolutionary Michael Collins.

The event will analyze the contribution of some of the most influential leaders in Irish and American history, including Collins, Charles Stuart Parnell, JFK, and Robert F. Kennedy.

Dr. Martin O'Donoghue, a teacher of Irish and British history at the University of Sheffield, and journalist and Kennedy expert Neal Thompson are set to speak at the event along with a long list of leading global academics scheduled to speak on Saturday, September 10.

Dr. William Murphy, an associate professor of modern Irish history at Trinity College, and Kathleen O'Donnell, a professor emerita of Irish Studies at the University of Notre Dame, will also be speaking at the event.

Kennedy Summer School director Dr. Brian Murphy said the event would focus specifically on Collins, Parnell, and the Kennedy brothers, who all made a prominent impact on their countries before dying at a young age.

"Collins, the Kennedy brothers, and Parnell were all men of substantial achievement cut down in their prime," Murphy said in a statement.

"Our panel will discuss their successful but truncated careers, speculate on what they may have achieved had they lived and also assess the impact of public and private grief on the national consciousness in the United States and Ireland.

The Kennedy Summer School is an annual festival of Irish and American politics, history, and culture. It is held in the Wexford town of New Ross where former US president John F Kennedy visited in 1963.

The 2022 Kennedy Summer School, which will take place between September 8 and 10, will focus on a range of topical issues in Irish and US politics, with Russia's invasion of Ukraine featuring prominently.

The event will take place in St. Michael's Theatre in New Ross. For more information or to book tickets, click here.