Are you called Michael Collins? Cork festival marking centenary of his death needs you

The Newcestown Festival, which takes place in Newcestown Village between August 14 and August 21, is calling on people named Michael Collins to come to the village on the final day of the festival on Sunday, August 21. 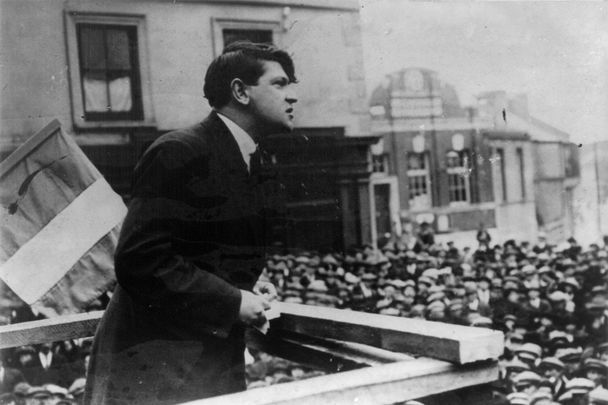 A Cork festival is aiming to break the world record for the largest gathering of people named Michael Collins in one place.

The Newcestown Festival, which takes place in Newcestown Village between August 14 and August 21, is calling on people named Michael Collins to come to the village on the final day of the festival on Sunday, August 21.

Festival organizers hope that the effort will make it into the Guinness Book of World Records.

They are also hoping to honor Irish revolutionary hero Michael Collins on the centenary of his death, which occurred in nearby Béal na Bláth, County Cork, on August 22, 1922.

Collins was advised against traveling to his native Cork, which was considered an IRA stronghold during the Irish Civil War.

However, Collins, who frequently traveled around the country to inspect Free State garrisons during the Civil War, reportedly insisted that he would not be shot by in his own county.

Collins and his convoy set out on a tour of West Cork on August 22, passing through the isolated crossroads of Béal na Bláth.

They stopped at a local pub to ask for directions and a local anti-treaty IRA member recognized Collins.

Anti-treaty forces laid an ambush on the chance that the convoy would return through Béal na Bláth.

The convoy returned at about 7:30 p.m. that evening just as the anti-treaty forces were dismantling the ambush.

A small gunfight ensued and Collins was the only fatality.

Half a million people attended his funeral in Dublin ten days later.