Irish treasures that were discovered by chance

Some treasures are discovered by archeologists but some of these discoveries were unexpected. 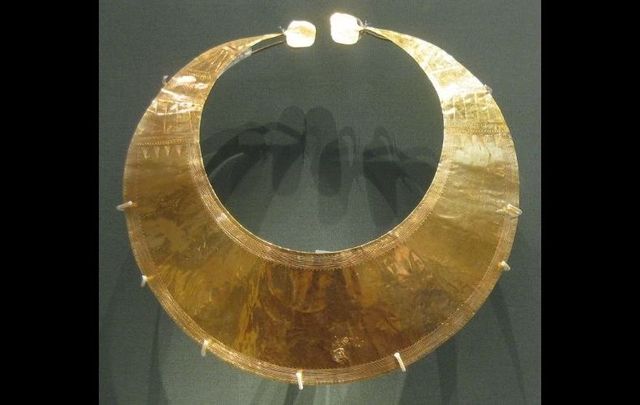 A gold lunula that was discovered in Blessington, Co. Wicklow. Public Domain

We are always amazed when we hear the discovery of a treasure.

Some of them were found by professional archeologists. They spent years looking for clues and planning their expeditions.

But some of these discoveries were unexpected. In this article, I will tell you about five treasures that were discovered in Ireland by chance.

This hoard consists of a gold lunula and two coin-sized gold disks. A Lunula is a type of jewelry that was common during the Early Bronze Age. It is flat and looks like a crescent moon.

This treasure was discovered by a man named Hubert Lannon who was cutting turf at Coggalbeg, Ireland. In March 1945, Hubert spotted a weird object buried in the ground. He kept it to himself for two years.

Then, for some reason, he decided to hand it over to a pharmacist who placed it in a safe. This treasure was forgotten for nearly 50 years until robbers broke into the pharmacy and stole the safe. The Irish police arrested them and found out that the robbers dumbed the treasure in a rubbish skip in Dublin!

The lunula was too thin and it was wrapped in a piece of paper. The criminals thought that it was a worthless document and they dumbed it! This treasure is now displayed at the National Museum of Ireland.

This hoard is also a lucky find. It was discovered by construction workers under a pub in Carrick-on-Suir. The first worker who found the coins thought they’re worthless. So he threw them away!

His coworker picked the coins and cleaned them. He did some research and they turned out to be precious historical coins. They were minted during the 17th century. They depict three kings Charles II, James II, and William III.

The find was reported to the authorities who promised that they will reward the finder. The 81 coins are displayed at the National Museum of Ireland. Historians don’t know exactly how the coins ended up buried in this location. One of the theories says that they were the savings of a Catholic merchant.

This treasure was discovered in 1845 in Mooghaun, County Clare, Ireland. A group of workers who were building the West Clare Railway wanted to realign a dike. They moved some stones under which they found a large hoard of gold jewelry.

Most of the artifacts were sold to local dealers who melted them down. Only 29 items remained. Some of them are displayed at the National Museum of Ireland. The rest is in the British Museum in London.

Historians estimated that the hoard consisted of 150 relics. And it weighs 11 pounds (5 kg) in total. It is considered the largest hoard from the bronze age era that was discovered in Northern or Western Europe. 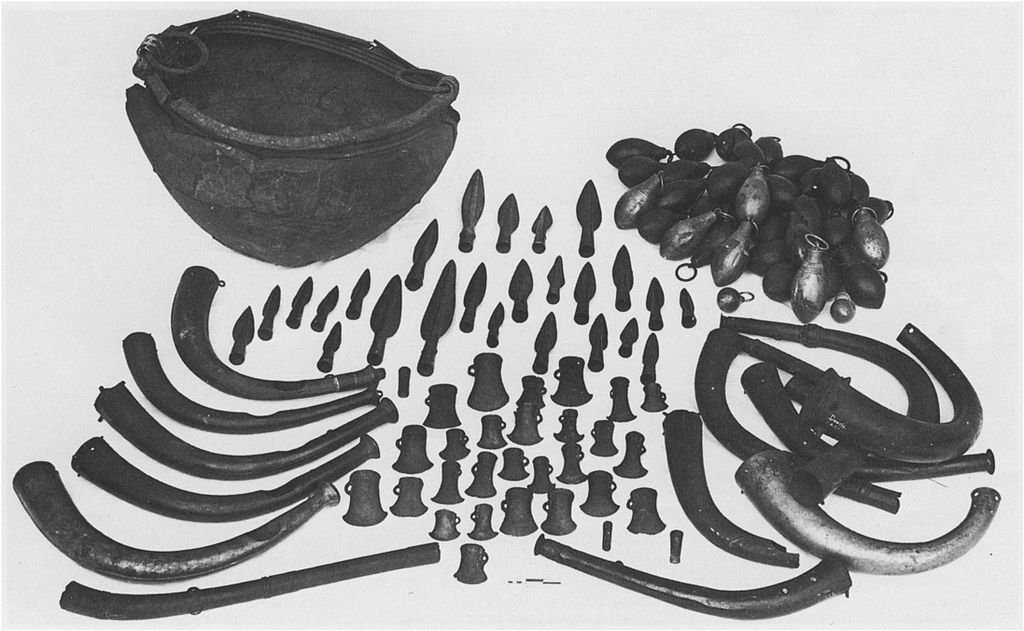 This hoard was discovered in Dowris, County Offaly, Ireland. In the 1820s, two farmers were digging trenches to plant potatoes. They found 200 historical objects; most of them are made from bronze.

Some of the relics (111) are in Dublin, the rest (79) is in London. The collection includes spearheads, axes, swords, horns and trumpets and crotales, Which are some sort of musical instrument that looks like rattles.

This discovery is very important. It helped historians learn more about the final phase of the bronze age. This era was named after the Dowris hoard.

Paul Raynard and his friend Michael Gywynne discovered a hoard that consists of 84 coins in Ballycastle, Northern Ireland.

These coins are precious and hold great historical importance. They were minted 500 years ago and some of them are very rare.

The value of Henry VIII coin on itself can reach up to $ 5000. The entire hoard can be sold for more than $ 100,000. The money will be split between the finder and the landowner.

Paul is an expert metal detectorist. He is passionate about treasure hunting since his childhood. His first encounter with this hobby was when his parents gave him the Treasure Island book. He took his passion to the next level only in the last few years when he decided to buy a metal detector. If you want to get into this hobby too, you can read this guide.

Before going to hunt metals, Paul and Michael study aerial photos in order to find historical settlements. Coins are usually buried around these areas. This time was different. They didn’t plan their trip, they were only looking for a lost ring. After a few hours scanning the field, they found this hoard.