Irish president Eamon de Valera revealed he had a premonition of the assassination of Kennedy and an extraordinary assessment of the late young president. 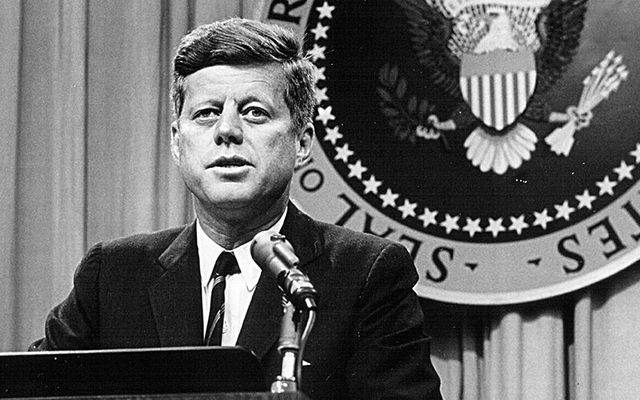 US President John F Kennedy: Did Eamon De Valera have a vision of his death? Getty

Ireland’s president Eamon de Valera had a premonition of the death of John F. Kennedy when he met him in Ireland, in June 1963, five months before he was assassinated.

DeValera was speaking in a 1966 Kennedy Library interview, with interviewer Joseph O’Connor, at Aras an Uachtarain, the Irish president’s residence, in Dublin. De Valera was 83 at the time and almost blind but still mentally very sharp. 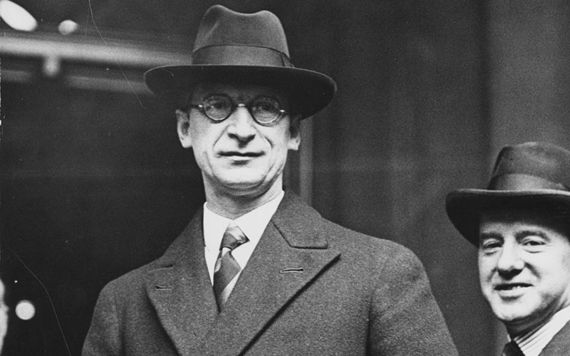 Three months after his premonition Kennedy was dead. De Valera stated he was devastated by it. Asked where he was, he responded:

“I was in here, in the next room. There's a television set. I can't see very well, but if I looked close up at the side, it I put my face fairly close at the side, I've a little peripheral vision, and I can see roughly what’s on the screen. So, I was happening to be listening to--I forget whether it was news or what it was--when the news came that he had been shot. And then there was a delay. And later on, we were told that he was dead. So that was the position in which I received it. Of course, I was dumbfounded.”

JFK and Jackie driving in the motorcade in Dallas on Nov 22 1963.

De Valera also mentioned that a famous poem uttered by Kennedy on his departure from Shannon got garbled by Kennedy.

“ My wife and he got on very well together because he was interested in poetry, and she has a great deal of poetry in her head. She has a very good memory. When she read a poem two or three times, she remembered it.

“So, she found a very willing listener, apparently, and he was interested in the poetry, and they got on very well together. Of course, it was only at a lunch or so, they didn't have much opportunity ---what happened was I couldn't go, and my wife traveled down to Wexford with the ... and she quoted a poem about the Shannon.

“The funny part of it was, you see, he took it down, and he wasn’t able to read his own writing afterward when he was going down in the helicopter, from here down, and they all put their heads together, with the result they turned out something which wasn't the real poem at all. So that the words of the author that had done it, they were different words from what's in the poem!”

Asked about Kennedy’s performance as president de Valera praised him for his coolness and character. Kennedy showed his bravery in the Cuban missile crisis de Valera said, also in the cause of civil rights in the south for African Americans. 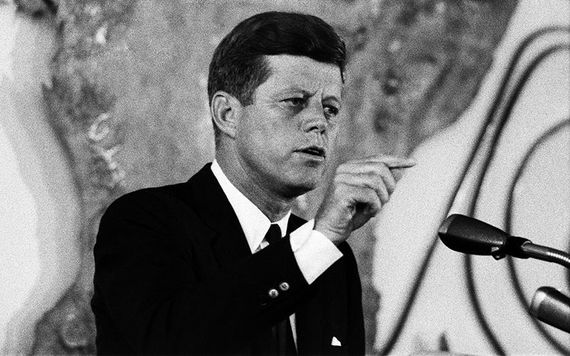 “In all the things we watched him then, we were also pleased with his attitude on the race question in the United States. We know it's a very, very big problem and a difficult one, one which we were very pleased we didn't have any of the same kind to deal with here. But we recognized that the line which he was taking was the correct one, at least looking at it from the outside. I had been in the United States I had traveled through the Southern states; I knew what the conditions were as well as the Northern ones. I knew what the situation was over there, and I knew how difficult it would be to give effect to his program.

“But it was one of these things that had to be tackled sometime, and he was tackling it in what we considered the only way that it could be tackled. So that all we knew of him, before he came here, fitted in with the vision of a great man, great in simplicity, a great man who was in a very powerful position.”

De Valera spoke of the moment of Kennedy’s arrival as president to Ireland as the culmination of the Irish dream. 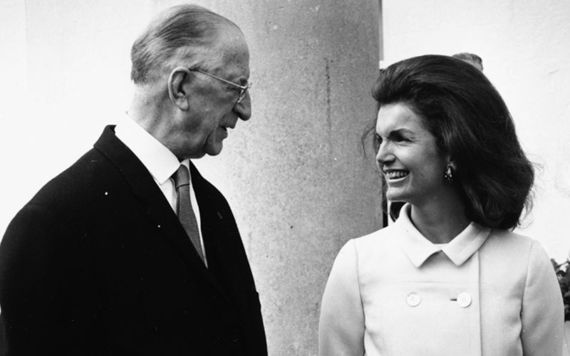 “Our people here know that one-half of Washington's [George Washington] army was of Irish extraction, and they knew that in the latter half of the nineteenth century nearly all the hard work of the development of America had been done by the Irish.

“They left here from a famine-stricken country they had no capital, and the only thing they had was their brains and the strength of their arms. So, they played a very big part in the building up of the United States. And then, in the second generation, they took naturally to politics. Politics is one of the highest of the professions. People seem to think they can look down on it. It's one of the highest of the professions. It was said to be so, I think, by some of the greatest of philosophers because it is the welfare of the community as a whole.

“So, it seemed very unfair that there should be prejudice against them because they were Irish, and we sort of resented it at this point. The fact is, of course, that the Americans of Irish blood in every period in history wore strongest in defense of the United States. There are no citizens that love the United States better. But they have affection for the land of their origin, of their people, their ancestors.

“I was once in the United States, and I remember being questioned about this. How was it possible that a person could love two countries? I said, "Now look here, a man can love his wife and love her best in the world, but that doesn't prevent him from having a very deep love for his mother. And for us, as for a lot of our people, this was the mother country." 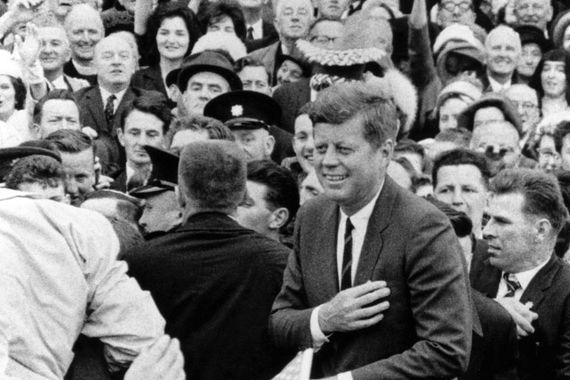 De Valera noted that there was a tremendous amount of pressure on Kennedy as the first Irish Catholic president.

“He was the first Irishman, you see, of what you might call the Gaelic stock who had got into office in the United States, and he was coming in it at a very critical time, and they were wondering whether the result that the task was so terrible that if an Irishman failed in it, it would be held that it was an Irishman who failed. I don't know, I've only just heard something like that. But we were surprised that there were Irish people, of Irish blood, who didn't vote for him. But of course, in America, you have quite a number of Irishmen in the Republican Party as well as the Democratic Party.”

Asked what most impressed him most about the young president De Valera stated:

“And I am sure that as President of the United States the last word lies with him. If he was wise at all, he would listen very carefully to the opinions of his counselors. He may not accept their opinions.... Was it Lincoln who said, "Ten nay (or something) and one aye. The ayes have it.” [Laughter] He was the one, you see. He didn't agree with them.

“They all took a certain view, but he didn't agree with them, and he had the last word. And it's very nice to be in a position in which you can listen. If you're wise and listen to counsel, listen to the arguments that they have for a particular course, weigh it up yourself, and then decide. You're very happy if your own view is that of the majority, or if it's unanimous, but you must be prepared, if you strongly feel that they’re wrong and that you are right, you must be prepared to act on your own judgment.

“It's a very heavy responsibility, of course. But the wise man will listen, certainly, to the counsel that is given to him even though he may finally reject the advice. And I think he had that gift.”

Why do you think JFK continues to hold a very special place in the Irish people's hearts? Do you have a John F Kennedy memory to share? Let us know your thoughts in the comments section below.