Caroline Kennedy searches for seamstresses who made moon landing possible

Caroline Kennedy is looking for the former textile workers who wove code for NASA's computer for the 1969 Apollo 11 mission, ahead of the 50th anniversary of the moon landing. 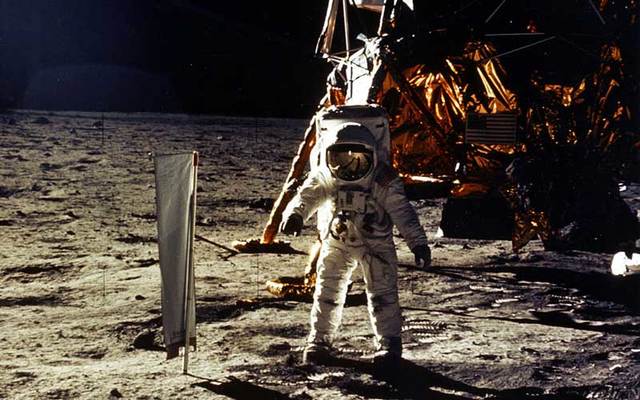 Caroline Kennedy is looking for the seamstresses who wove code for NASA's computer for the 1969 Apollo 11 mission, ahead of the 50th anniversary of the moon landing.

The former U.S. Ambassador and daughter of President John F. Kennedy is looking for five women and/or their descendants to hear their stories and recognize them at the Kennedy Library for their contribution to the NASA mission that landed Neil Armstrong and Buzz Aldrin on the moon.

Former textile workers, referred to at the time as “little old ladies,” were employed by the defense firm Raytheon to “weave” software into the Apollo Guidance Computer (AGC), designed by Eldon Hall.

A BBC article written in 2009 for the 40th anniversary of the moon landing explains the ladies' job:

In order to make sure that the software was robust it was "woven" into so-called "rope core memories.”

These used copper wires threaded through or around tiny magnetic cores to produce the ones and zeroes of binary code at the heart of the software.

Pass the copper wire through the core and the computer read it as a one. Pass it around and it was read as a zero.

"Once you get it wired it's not going to change without breaking those wires," said Mr Hall.

The rope core memories would become know as "LOL memory" after the "little old ladies" who knitted together the software at a factory just outside Boston.

These ladies would sit in pairs with a memory unit between them, threading meters and meters of slender copper wires through and around the cores.

It took the women eight weeks to weave the software into the core rope memory of the computer.

President John F Kennedy announced his goal of landing a man on the Moon before the end of the decade before a joint session of Congress on May 25, 1961. On July 20, 1969, Apollo 11 astronauts Neil Armstrong, Michael Collins, and Edwin “Buzz” Aldrin Jr. realized the president’s dream.

In an interview with WCVB Channel 5 Boston, Caroline Kennedy said she is looking for these five women or their children/grandchildren: Vernell Norman, Caroline Butler, Helen Lennon, Edna Walcott, and Mary Julien.

Anyone with information on these women are being asked to contact WCVB.

Here is the 1969 British Pathe newsreel on the moon landing:

Do you remember the moon landing? Where did you watch? Let us know your memories in the comments section below.