The Irish woman who was the last witch hanged in Boston

An Irish Catholic laundress, known as Goodwife “Goody” Ann Glover, was the last woman to be hanged in Boston in 1688, over claims she was a witch. 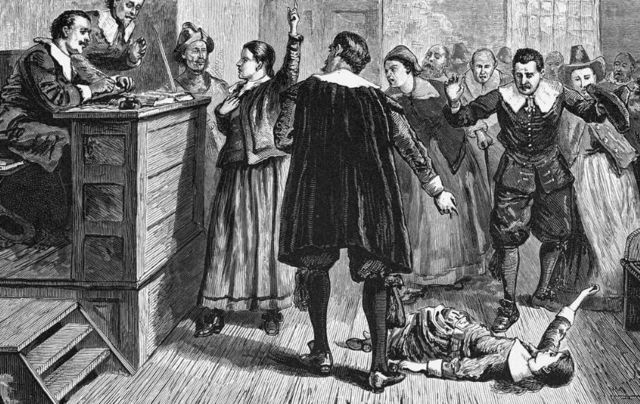 On November 16, 1688, an Irish Catholic laundress named Goodwife “Goody” Ann Glover was the last woman to be hanged in Boston over claims she was a witch.

It is reported that Goodwife “Goody” Ann Glover was deported to Barbados with her husband during Oliver Cromwell’s occupation of Ireland in the 1650s. Her husband died there as a result of his loyalty to the Catholic faith.

A widow, Glover then moved to Boston with her daughter, where they settled in the North End in the 1680s. There the Irish immigrant got a job as a housekeeper in the home of John Goodwin, where she helped to look after his five children.

During the summer of 1688, some of the children fell ill. Their doctor concluded that "nothing but a hellish Witchcraft could be the origin of these maladies." Martha, the eldest daughter of Goodwin, confirmed the diagnosis, claiming she became ill right after an argument with Glover.

Anne Glover a Story of Irish Slavery, of Anti Catholicism, the Irish Language and the Salem Witch Trials Goody... http://t.co/Smialnuztm

Cotton Mather, a Harvard graduate and influential New England Puritan minister, was convinced that the Irish woman was a witch. He later became known for his role in the Salem witch trials.

As a result, Glover was arrested and tried as a witch. During the trial, there was confusion over her testimony as she only spoke in Gaelic, even though she knew English.

According to Mather, "the court could have no answers from her, but in the Irish, which was her native language." The court convicted Glover of witchcraft and sentenced her to be hanged.

During the trial, Cotton Mather called Glover "a scandalous old Irishwoman, very poor, a Roman Catholic and obstinate in idolatry."

Robert Calef, a Boston merchant who knew her, said, "Goody Glover was a despised, crazy, poor, old woman, an Irish Catholic who was tried for afflicting the Goodwin children. Her behavior at her trial was like that of one distracted. They did her cruel. The proof against her was wholly deficient. The jury brought her guilty. She was hung. She died a Catholic."

In 1689, Mather later published "Memorable Providences, Relating to Witchcrafts and Possession," which was based on Glover's trial.

Over three centuries later, the Boston City Council decided the conviction had been unjust and declared November 16th “Goody Glover Day” in honor of the Irish emigrant.