Ireland is the only country in the world to have a musical instrument as its's national symbol but how much do you know about the Irish harp? 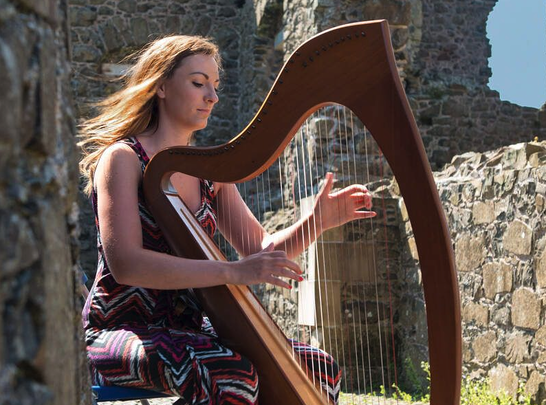 Anyone who knows that St. Patrick's Day is on March 17 knows of Ireland's tricolor flag but what about Ireland's national symbol of the harp? Here's everything you need to know.

Ireland's national symbol is the harp, which has a rich history and cultural significance in the country. The harp has been associated with Ireland for centuries and is prominently featured on the coat of arms, the national flag, and various government seals.

The harp has been a symbol of Ireland since the Middle Ages, when Irish kings and chieftains were depicted in manuscripts and artwork playing the instrument. The harp also played a prominent role in Irish folklore and mythology, with legendary figures such as the blind harpist, Turlough O'Carolan, composing beautiful melodies that are still remembered today.

In the 18th and 19th centuries, the harp was adopted as a symbol of Irish nationalist movements and was used as a symbol of resistance against British rule. The harp was also a symbol of the Irish literary revival, with poets and writers such as W.B. Yeats and James Joyce referencing the instrument in their works.

Today, the harp continues to be a symbol of Ireland and is often featured in traditional Irish music. Many Irish musicians have made a name for themselves playing the harp, including Mairéad Ní Mhaonaigh and Laoise Kelly. The harp is also featured in Irish dance and theater performances and is often played at national events and celebrations.

In conclusion, the harp is a national symbol of Ireland, with a rich history and cultural significance. It has been associated with Ireland for centuries and continues to be an important part of Irish culture today.

Below enjoy an IrishCentral Spotify playlist of some of Ireland's most popular Irish harp songs: