These Irish ghost towns have laid abandoned for years, some for centuries. 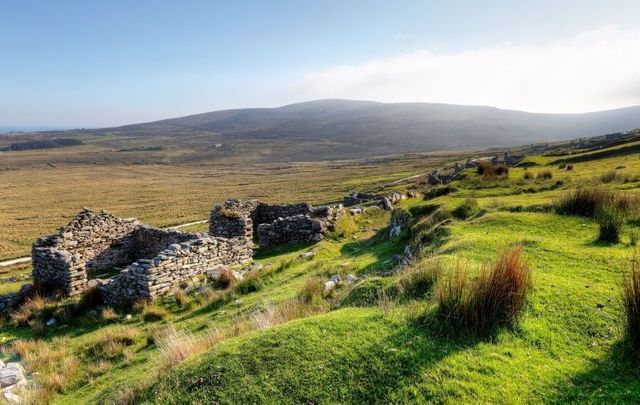 The deserted village of Slievemore, on Achill Island, is one of Ireland's historic ghost villages. Getty

These Irish ghost towns have laid abandoned for years, some for centuries.

In the years following Ireland’s Celtic Tiger building boom, the country became notorious for its ghost estates – housing developments that were built (or were in the process of being built) with boom-time money, then abandoned and left uninhabited once the recession hit.

But Ireland, as a country with thousands of years of history, has ghost villages dating much farther back. The following is a glimpse of some of Ireland’s best-known ghost towns. 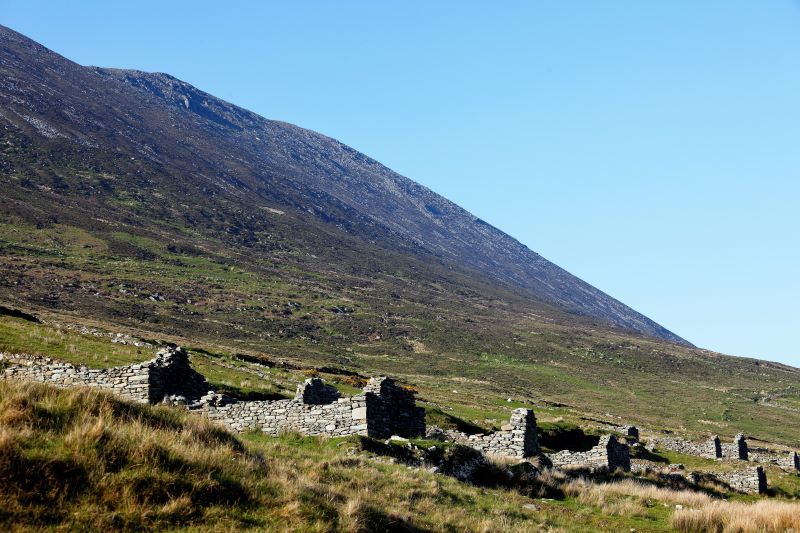 Along the southern slope of Slievemore Mountain, which is on Achill Island in Co. Mayo, the ruins of nearly 100 stone cottages remain.

It is believed that the cottages were at least semi-inhabited as recently as the mid-1900s as “booley” homes, where farmers would live during the summer months with their herds grazing nearby. However, archaeological finds indicate that the area was inhabited as far back as medieval times.

The Achill Tourism website boasts that “An hour spent meandering from cottage to neighboring cottage along the ancient track and through adjacent fields with their lazy bed ridges and furrows is a journey back in time. Sheltered under the slopes of Slievemore and hidden from the 21st century, this tranquil corner of a remote island is a perfect place for quiet reflection and remembrance.” 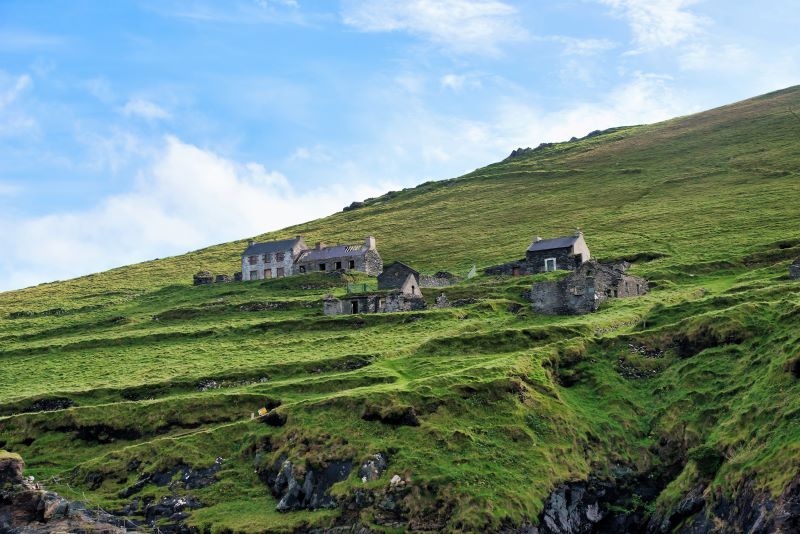 They were inhabited for centuries by a small but close-knit Irish-speaking population who followed a traditional way of life – farming, fishing, weaving – and who eventually became the subjects of important linguistic studies for their use of a largely unchanged version of the Irish language.

Sixty-two years ago, in 1953, the last remaining inhabitants of the Blasket Islands were permanently evacuated to the mainland.

The 1953 evacuation, ordered by then-Taoiseach Eamon de Valera, was largely accepted as a necessity. The Blasket Islanders – by then a population of only 22 – were cut off from communication or any emergency assistance from the mainland and facing increasingly extreme weather patterns.

Much of the infrastructure of Great Blasket remains, though many of the buildings have become dilapidated. For those interested in the Blasket Islands, the Great Blasket Centre in Dunquin offers a rich account of the islands’ history and culture. Weather permitting, ferries also take visitors around the islands during the summer months.

Less than 10 miles from Glencolmcille, Co. Donegal, on a side road that leads to Ardara, the ghost village of Port can be found. The abandoned settlement is believed to have been the first thriving maritime community in the county. The now crumbling cottages that dot the landscape were built from local stone.

So, what happened? As the We Love Donegal website explains, “It is thought that the people who lived there had to leave during The Famine (1845-52) after which the houses were just left to fall into ruin. Of course, many people left Donegal and the rest of Ireland during and after The Famine, but Port is unusual in that a whole village or hamlet seem to have left. Normally there would have been people left behind who survived The Famine and houses would have been inhabited on into later years. Perhaps, in this case, those left behind were just too weak to survive and died there.”

The site also offers detailed instructions for curious travelers on how to get to Port.

Clonmines may be one of the finest examples of a deserted medieval settlement in all of Ireland. It was aptly described in a 2010 article in the Journal of the Bannow Historical Society as “a place that has much more history than it has present.”

The small town began to grow and thrive following the arrival of Norman adventurer William Marshal in the 1200s.

It grew to have a river port, castles, a church, and a monastery. The main road connected the town to Wexford proper. However, once the river dried up in the 1600s, the town went into steep decline.

Now all that remains are ruins, most of which are on private property. 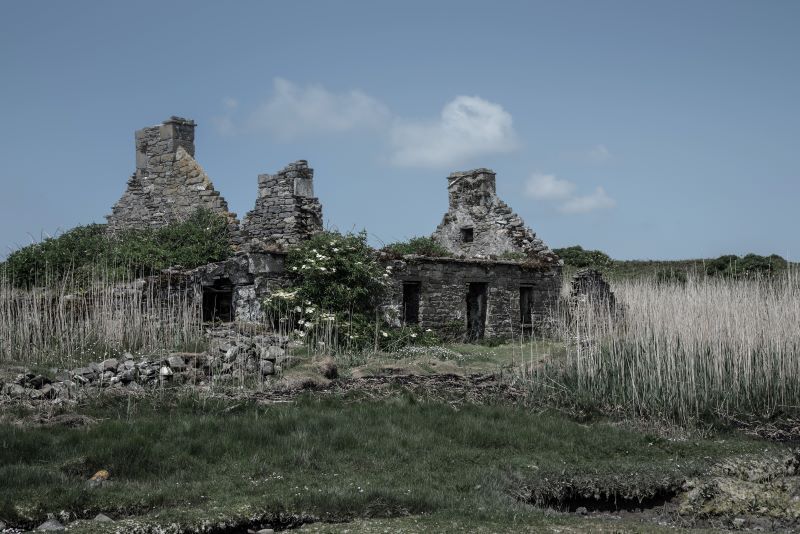 Inis Cathaig, or Scattery Island, is an uninhabited island in the Shannon Estuary, just a mile away from Kilrush. Scattery’s now abandoned monastic settlement was founded in the early 6th century by St. Senan, who was born locally. It holds the ruins of six churches and one of the highest Round Towers in Ireland, at 120 feet high.

According to the Clare County Library, “The island once housed over 141 people during 1841 and 1881. However, due to social and economic decline, the population of the island began to decrease rapidly from 1926 and has been uninhabited since 1978.

“This past life on the island is echoed in the abandoned remains of the community on Scattery. A lighthouse, a street, old cottages, and the church 'Teampall na Marbh' which hosts the graves of the people of Scattery, encapsulate the isolated life that was once led on Scattery.”

Ferry trips and guided tours of Scattery are available seasonally from Kilrush. Visit the Heritage Ireland website for more info.

Have you ever visited these Irish ghost towns? Let us know in the comments.