Ireland’s very own Valentine, who was a 17th-century healer

Valentine Greatrakes, born in Waterford in 1629, was an Irish faith healer defended by the King of England. 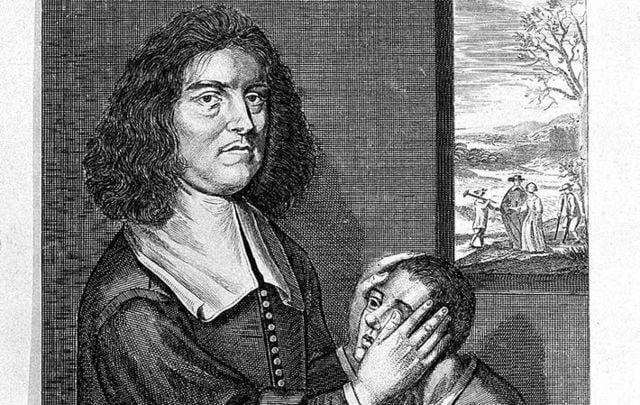 Valentine Greatrakes, also known as "Greatorex" or "The Stroker," was an Irish faith healer born in 1629 who claimed his hands could heal.

On February 14 the world, or at least a large part of it, celebrates love and the martyred early Christian saints named Valentinus, or Valentine, but did you know that Ireland has its very own Valentine who was blessed with the gift of healing?

In fact, the magic of this man from Waterford was so great, he was summoned by King Charles II to court.

Born on February 14, 1629, in Affane, County Waterford, Valentine Greatrakes, also known as Greatorex or The Stroker, was an Irish faith healer who claimed to be able to cure diseases and pain by “stroking” the victim.

This gifted man was born to Protestant settlers, William Greatrakes and his wife Mary (née Harris). He was sent to Dublin to attend university, however, the Irish Rebellion of 1641 changed their plans, and Valentine and his mother fled to England to stay with his great-uncle Edmund Harris. He also spent time with German Minister John Daniel Getsius, in Devon, where he studied “Humanity and Divinity.”

After years away Valentine returned to Ireland and found the country in chaos where he spent a year in Castle of Cappoquin, in Waterford.

He enlisted in the English Parliamentary Army in 1649 and served as a lieutenant in the regiment of Lord Broghill, campaigning in Munster against the Irish Royalists.

After the Parliamentary victory he was named Justice of the Peace and Clerk of the Peace for County Cork but he lost this position with the Restoration of the monarchy, in 1660.

According to Valentine, the same year he went on tour to England, he began to feel a strange impulse to lay his hands on sick people and heal them. This started in 1662, around the same time he married his first wife, Ruth Godolphin.

In his pamphlet, published in 1666, Valentine said he experimented on several willing subjects, including his wife, with positive results. He claimed the ability to cure King’s Evil (scrofula, similar to TB), wounds, ulcers, among other afflictions.

On April 6, 1665, Robert Phayre, a former Commonwealth Governor of County Cork, was living at Cahermore, was visited by Valentine. They had served together in 1649. Valentine cured Phayre in just a few minutes of an acute ague (similar to malaria).

In August of the same year John Flamsteed, the famous astronomer, (then aged 19) traveled to Ireland to be touched by Valentine in an effort to cure his weakness of constitution, but sadly this did not work.

News of his skills soon spread all over Ireland. In 1665 he was summoned to Bishop’s Court, in Lismore, where he was ordered to desist healing as he did not have a license.

Valentine was invited to England by his former commander Lord Broghill, to help his wife who had been suffering migraines. In 1666, he defied the Bishop’s ordered and traveled to England, and although he was unable to help Broghill’s wife he decided to tour England offering to cure. As he traveled through towns and villages the sick were brought out to be cured by this faith healer from Waterford.

By the time he arrived in London word had spread and he was summoned to Whitehall to present himself at the court of King Charles II. He was brought in front of the King and attempted to heal those sick people in attending. Despite the fact that he failed the King determined that he was not being deceptive and allowed him to continue practicing.

Valentine remained in London for some time. In late 1666 he sent a letter to the philosopher, Robert Boyle, also a native of County Waterford, who was at the time President of the Royal Society of London. Boyle traveled to meet Valentine and observed him over several days recording the healing he saw in action, in his diary.

Sadly by the end of the year, 1666, Valentine’s healing talents had abandoned him.

He returned to Ireland and lived a quiet life as a farmer. Although he no longer healed he was never branded as a fake.

He married a second time to Alice Tilson and had three children. Valentine died on November 28, 1682, and is believed to have been buried in Lismore Church or the Affane Church, next to his father.

Although not many people remember this Irish Valentine, his antics in Ireland and England caused quite a public commotion at the time and gave rise to novels, plays, and discussions on his character.

However when he lived, according to The Gentleman's Magazine, and Historical Chronicle of 1779, no one ever attempted to blacken his name. Despite all the religious leaders, royalty, scientists, and people in high society he came into contact with, they never accused him of being a fake.

Perhaps he was simply an honest Irish faith healer.