Hear the best of Irish Halloween superstition and tradition straight from the mouths of people who lived it. 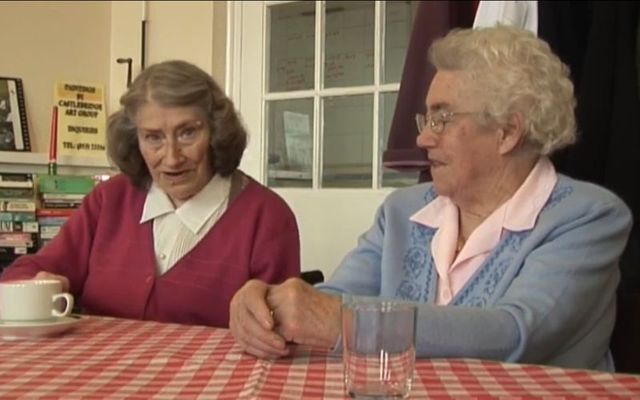 Forget the costumes, parties, and candy, the best thing about Halloween is the chance to sit up telling ghost stories or talking about spooky demons and spirits that have haunted us for centuries.

Ireland has a wealth of folklore, especially relating to Halloween or Samhain, the start of the Celtic new year from which the modern-day holiday was spawned, and you’d be hard pressed to find an Irish person without at least one such tale up their sleeve.

Wexford man Michael Fortune has worked for years in collecting such tales, not only for archival purposes but to promote the tradition of storytelling and folklore in the environment where it truly belongs - sitting in your kitchen or living room with a cup of tea in front of you.

In the lead up to his Halloween folklore event held in Dublin last Friday, Fortune published a selection of the best Halloween traditions, customs, and nightmarish stories from his various folklore collections, many of which are from his native county of Wexford, where the traditions are still going strong.

Recorded in Castlebridge, Co. Wexford, in 2006, this first video hears from a Wexford woman telling us about Halloween games, the majority of which were always hoping to predict your fate in life.

A favorite of his own, the game was still much played in Wexford until the 1970s, Fortune writes.

“Very simple game where a child would be blindfolded and a series of saucer/plates were placed on a table in front of them with different objects on each plate/saucer. Whatever saucer/plate they’d dip their finger/hand into, this would predict their fate for the coming year.

“The objects ranged from area to area, however, a ring, clay, and water seem to be the standard three things. Although a fun thing to do there was an underlying dark tone to the game.

“It is interesting to note that ‘emigration’ was a generally accept fate in the game,” he continues.

The food was also an important part of Halloween night, with colcannon made to be eaten just before you headed out for the evening, as well as a huge pot kept warm for the “vizzards” (traditional trick or treaters) who would call around to visit whoever was left behind in the house. On a blustery Halloween night in Ireland, we’d definitely take a serving of colcannon over candy.

As with the games, colcannon was also used to try and predict your fate, taking from the barmbrack tradition in that tokens to tell your future would be placed in your food.

“As regards the adding of money - for those who think it’s just a trick to get the kids to eat their food (which it is too…) it certainly goes deeper than that,” Fortune writes.

The video below, once again recorded in Castlebridge and Screen in Wexford in 2006, tells of the tradition.

Although Jack O’ Lantern is now only associated with the Halloween period, he, or Willie the Wisp as he was otherwise known, could be spotted at any time of the year traditionally.

Fortune’s own grandmother can be seen here speaking in 2002 about seeing Willie the Wisp when she was a child walking down by the river in the Boira Bog which is between Ballygarrett and Ballyedmund in Wexford.

Jack the Lantern, Willie the Wisp, or simply a ball of light would appear before you, attempting to lead you astray or simply trap you for the night, as told by these pairings in Wexford and Offaly.

The last man speaking tells his shocking tale of following a ball of light but keeping the sighting from his wife for fear he wouldn’t be able to go for his quick drink if she felt nervous!

Although the banshee, too, is not directly associated with Halloween in Ireland, it’s at this time of year that stories about the spirit make an appearance, as people look back on the visitations of “The Bow”, as she’s known in north Wexford.

This clip was taken from the collection Spoken Treasure which Fortune produced in late 2006 and which was supported by the Wexford Library Service and Castlebridge Historical Society.

The Banshee was always a favorite topic for stories and more can be seen in this clip from a larger collection entitled 'That's what we were told anyway...' which was recorded in 2006 in Raheen, Co. Wexford and supported by the County Wexford Arts Department.

Did your family pass down any scary stories or Halloween tales?