On This Day: Republic of Ireland decriminalizes homosexuality in 1993

Independent Senator David Norris was at the forefront of the long-fought battle to decriminalize homosexuality in the Republic of Ireland. 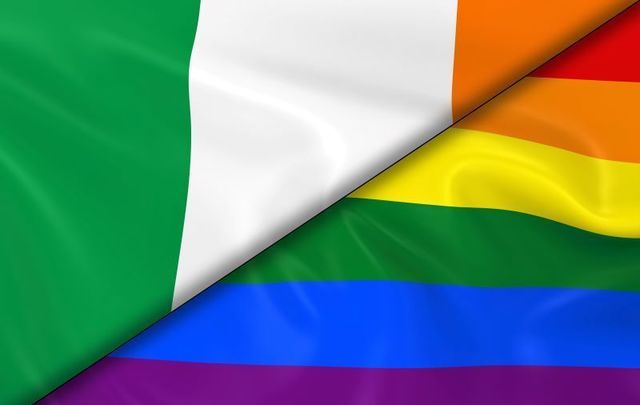 The Criminal Law (Sexual Offences) Act 1993 was passed in the Dáil Éireann on June 24, 1993, which effectively decriminalized homosexuality in the Republic of Ireland.

David Norris spearheaded the historic change. In the 1970s, he founded the Campaign for Homosexual Law Reform, which featured Mary Robinson and Mary McAleese, both future Presidents of Ireland, as advisors.

His efforts were further spurred by the savage killing of gay man Declan Flynn in Dublin in 1982 - his killers, a group of teens, were all given suspended sentences.

In 1983, Norris went to the Irish Supreme Court to challenge the constitutionality of the 1861 Offences Against the Person Act and the 1885 Criminal Law (Amendment) Act, laws which made homosexuality an offense that had been passed before Irish independence and had been since repealed in England, Wales, Scotland, and Northern Ireland. Norris was unsuccessful.

In 1987, Norris was elected to the Seanad as an Independent; he has been re-elected at each election since.

The following year, Norris took a case to the European Court of Human Rights to argue that Irish law was incompatible with the European Convention on Human Rights. This time he was successful in his efforts, and the ECHR ruled that the criminalization of male homosexuality in the Republic of Ireland violated the right to privacy in personal affairs.

Mary Robinson, who had represented Norris in his Supreme Court and European Court of Human Rights case, was President of Ireland and ultimately signed the act into law when it passed the Dáil in 1993.

Two days after the bill passed the Dáil, Norris, who was now an Independent Senator, wrote in the Irish Times: “When, next week, this Bill is passed by Seanad Éireann and sent to the President for signature I will, for the first time in my life, feel that I am at last a full and equal citizen in my own country.” 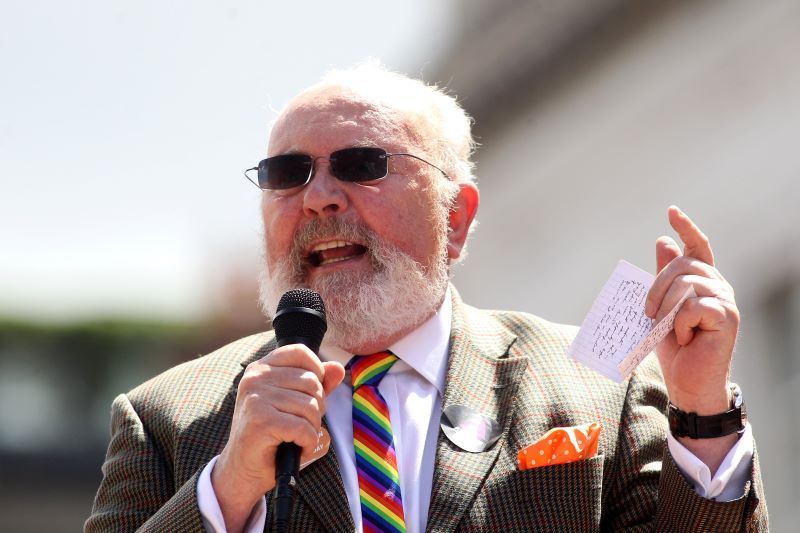 Independent Senator David Norris at a gay pride event in Ireland in 2017. (RollingNews.ie)

Just over 20 years later, in May 2015, the Republic of Ireland became the first country in the world to legalize same-sex marriage through a public vote.

In 2018, Ireland’s Minister for Justice and Equality, Charlie Flanagan, expressing his support for an All-Party motion which acknowledged the harm done by the criminalization of consensual same-sex relationships, said: “It is doubtless incomprehensible to many, especially to many young people in Ireland today, that there are members of our society who still feels the effects of such discrimination in their daily lives and yet, that is the case.

“There are people who still feel the isolation, the hurt and the stigma created by those laws, which denied the LGBTI community the ability to live openly or without fear, which denied them the ability to engage actively in civil and public life, and which suggested that society did not value or even tolerate them, simply because of their sexual orientation.

“As Minister for Justice and Equality, I extend a sincere apology to all of those people, to their family, and to their friends. To any person who felt the hurt and isolation created by those laws, and particularly to those who were criminally convicted by the existence of such laws."

Flanagan added: "The enactment of the Sexual Offences (Amendment) Act 1993 sought to repeal Victorian-era laws which criminalized members of our society, forcing them to conduct their personal and private lives in secret. Homosexual men in Ireland were ostracised, and criminalized, simply because of their sexual orientation.

"These laws caused immeasurable harm. Nothing that can be said here today can undo the unjust suffering and discrimination that the homosexual community experienced in the years prior to decriminalization. As a government, we must acknowledge those wrongs, and seek to improve lives for all members of our society so that they can live freely and without fear of discrimination.

"I am delighted to support the motion in this House today, which at its heart, offers an apology to all those affected by the criminalization of consensual same-sex acts in Ireland prior to 1993. This motion is reflective of the government’s commitment to ensuring that Ireland is a society for all people, an equal society, and a fair society."

Norris said: “I am delighted that the National Archives has decided to display papers relating to my case in the European Court of Human Rights during Pride month. It was an historic moment and I was served by a very good legal team led by Mary Robinson”.