Boat owners are invited to sail past the sign on Saturday, while the Irish Air Corps will also host a fly-over in conjunction with the ceremony. 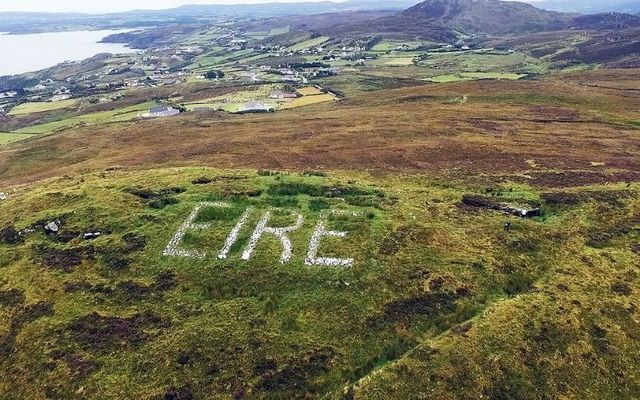 President of Ireland Michael D. Higgins will officially launch the restored "Éire 6" sign in Howth on Saturday, almost 80 years after the sign was constructed to warn pilots in the Second World War that they were flying over neutral Ireland.

Boat owners are invited to sail past the sign on Saturday, while the Irish Air Corps will also host a fly-over in conjunction with the ceremony.

The sign was one of 83 constructed in Ireland during the Second World War. The Irish Government later added numbers to each sign at the request of the American Army to help their pilots navigate their way around the island of Ireland.

Fewer than 30 of the signs remain intact today, while just a handful are in a restored or visible condition.

Last year, the Howth Éire 6 Restoration Group secured permission from the National Parks and Wildlife Service to restore the Éire 6 sign in Howth.

The restoration work began last year and was expected to be completed by August, but a number of gorse fires in the Howth area delayed the project.

The signs are made up of stones painted in limewash and measure 12 by six meters.

The signs were constructed along the Irish coast shortly after US troops were deployed to Europe in January 1942.

Howth-based historian Philip O'Connor told the Irish Times last year that the US Army asked for the Irish coastline to be delineated because they were "losing a lot of planes in crashes".

"The Americans were coming into Britain and bringing their planes in for the bombing of Germany, and they had a lot of planes coming this way," O'Connor told the Irish Times.