Do you know the difference between the Guinness harp and the Irish government's harp symbol?

Guinness’ trademark forced the Irish government to use a reverse harp as their symbol. Tourism Ireland

We just love finding facts that most people don't know, just like this one! Did you know that in April 1862 Guinness formally registered the harp as its official symbol, long before Ireland had its own government?

In April 1862, the harp symbol was formally registered as the Guinness trademark!

The first labels featuring the now-iconic harp were printed in August of that year according to 'Guinness's Brewery in the Irish Economy 1759 - 1876' by Patrick Lynch and John Vaizey.

The harp, which serves as the emblem of Guinness, is based on a famous 14th-century Irish harp known as the "O'Neill" or "Brian Boru" harp, which is now preserved in the Library of Trinity College Dublin.

The harp is also the official national emblem of the Republic of Ireland and can be found on the Republic's coinage that was phased out when the Euro currency was introduced.

In the 1916 Easter Rising, the harp symbol featured on Irish flags, one of which is on display at the Inniskillings Museum:

It is because of the harp trademark that the Guinness company named its first lager Harp in 1960. 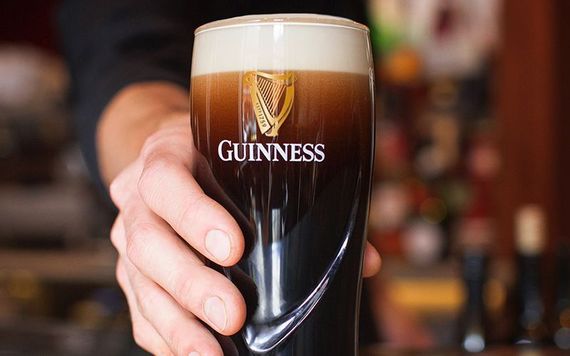 Guinness! Synonymous with the harp symbol.

The harp is one of three elements that make up the Guinness brand livery. The other two elements are “Guinness” (the word) and Arthur Guinness’s famous signature.

There have been a number of changes to the design of the harp device over the years including a reduction in the number of strings shown. The current harp was introduced in 2005 when a new brand livery was launched.

The famous Downhill Harp, dating back to 1702, was purchased by Guinness in 1963 to ensure its continued preservation and is on display in the advertising gallery in Guinness Storehouse.

The Downhill Harp was made by Cormac O’Kelly of Ballinascreen and played by the blind harpist, Hempson (or O’Hampsey) in the 18th century. Hempson played in the traditional style, plucking the strings with his long fingernails. At 97, he was the oldest harpist at the Belfast Harp Festival of 1792, although he is perhaps most famous for his concert for Prince Charles Edward Stuart, or ‘Bonnie Prince Charlie’, in 1745.

The harp bears the inscription:

“In the time of Noah I was green,

Since his flood I had not been seen,

Until Seventeen hundred and two I was found By Cormac O Kelly underground:

He raised me up to that degree

That Queen of Musick you may call me.”