History and genealogy treasures at the Guinness Storehouse

Guinness Archive has preserved records and artifacts, dating from 1759, including photos, and 20,000 individual personnel records of past employees giving a glimpse into the history of St. James's Gate and Guinness' staff. 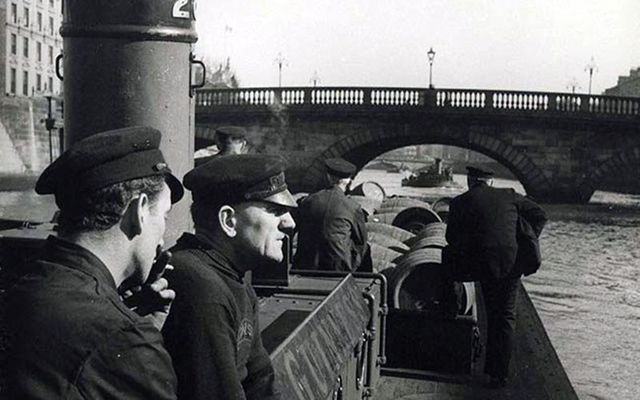 Guinness Archive has preserved records and artifacts, dating from 1759, including photos, and 20,000 individual personnel records of past employees giving a glimpse into the history of St. James's Gate and Guinness' staff.

The Guinness Archive, housed by the Guinness Storehouse in Dublin, collects, preserves and makes accessible records and artifacts from the formation of the company in 1759 to the present day, including 20,000 individual personnel records of past employees.

The foundation document of the Guinness Archive is the 99,000-year lease signed by Arthur Guinness on the St. James’s Gate Brewery in 1759.

The Archive, a treasure chest of Guinness history, is the source for information on all aspects of the history of Guinness, focusing especially on the work and life of the St. James’s Gate Brewery in Dublin. Secure conditions and correct environmental controls ensure the continued preservation of a range of material, including the advertising, brewing, engineering, social and personnel records of the company.

Part of the Guinness Archive collection includes over 20,000 individual personnel records of past employees who worked at the Brewery from c. 1880s – early 2000s. Guinness first introduced pensions to all employees in the 1880s and as a result of this initiative, the company began maintaining detailed records on employees which now make up an amazing genealogy resource, unique to corporate archives.

The archive is the direct point of contact for all historical inquiries on the history of Guinness and the archive answers in excess of 5,000 inquiries from all around the world, most notably from consumers in the United States. By far the most requested topic relates to genealogy and such was the demand for genealogy inquiries that a few years ago the archives team undertook an exciting project to digitize a summary of each employee's work record on the line. This was an exciting innovation and as a result, of this project family, historians can now search the records of their loved ones and ancestors in the genealogy section of www.Guinness-Storehouse.com.

Researchers from all over the world simply type in the name of their relative and can instantly retrieve information such as the employee’s date of birth, date of death, the age at which they joined the brewery and their occupation. The records also provide information on each department within St. James’s Gate, offering a behind-the-scenes look at what it was like to work in the brewery whether in the brewhouse as an engineer or in the catering department.

Due to the financial, medical and often sensitive information in the personnel files, access to personnel files is granted to direct relatives only. The Guinness Archive defines direct relatives as son/daughter, grandson/granddaughter. Information that may be found in the files are dates of birth, copies of baptismal records, previous employment, character references, the occupation of father, addresses, marital status, children, employment record, family circumstances, medical and financial history.

Very often the records contain a substantial amount of information on an employee as traditionally many employees began their working life at the brewery at the age of 14 and remained in employment until retirement at the age of 65. Guinness earned an excellent reputation through the various welfare initiatives enjoyed by all its staff. As a result, there were few resignations and dismissals were rare.

Employees enjoyed many ‘perks’ at the brewery including free meals, a free pint of Guinness on a daily basis at the ‘Tap’ to employees over the age of 21, free medical care, holiday days, bonuses and even burial allowances. If an employee died before retirement, his spouse or next of kin received his pension. Depending on the family circumstances the spouse of a deceased employee was often employed as a cleaner or waitress. As a result, the records are a rich genealogy source.

Anecdotally it is said, that older women living in the vicinity of the brewery, whispered to younger women ‘to get yourself a Guinness man as he is worth money alive or dead because of the Guinness pension!’

Eight-hundred Guinness employees also served in World War One and details of where an employee served can also be found in the files. Such was the ethos of the company that an employee received half of their salary while serving during the war and the company established a War Gifts Committee to provide parcels of food and clothing to Guinness employees in the trenches. Following the war, the company commissioned a booklet and memorial plaque entitled ‘The Great War 1914 – 1918, Commemorative Roll,’ which is preserved in the Guinness Archive and lists all the names of employees who fought in the War.

To find out further information on genealogy at the Guinness Archive please visit www.guinness-storehouse.com/en/GenealogySearch or email guinness.archives@diageo.com.