George Brent, who as George Brendan Nolan in Ireland was a doppelganger of Michael Collins, went on to enjoy a Hollywood career after Ireland's Easter Rising. 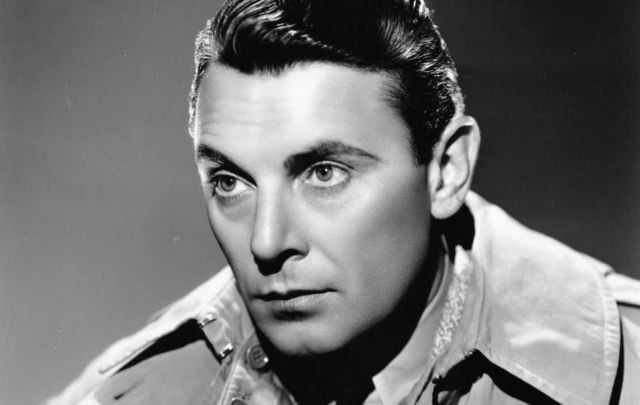 George Brent was just one Irish rebel who went on to a successful career in Hollywood. Getty Images

George Brent, one of the several Irishmen who fought in the Easter Rising 1916 that went on to enjoy a Hollywood career, was once known as Michael Collins' doppelganger.

In 2016, on the centenary of the 1916 Easter Rising, Dermot McEvoy looked back at Brent's life, as well as that of the other surprising players in the cause of Irish independence who are more well known for other reasons. On the anniversary of Brent's birth we look back on these extraordinary people:

One of the odd coincidences of Ireland’s fight for freedom is that several key players went from the middle of a revolution to become prominent players in Hollywood.

Arthur Shields, the younger brother of Academy Award-winner Barry Fitzgerald ("Going My Way"), was a member of the Irish Volunteers. On Easter Monday, he retrieved his rifle from under the stage at the Abbey Theatre and went to fight in the GPO. He was active during Easter Week in O’Connell and Westmoreland Streets and eventually surrendered with the rest of the GPO rebels in Moore Street.

As an actor, he is best remembered as the kindly Protestant minister, the Reverend Mister Playfair, in "The Quiet Man."

And not everyone who went to Hollywood was on the side of the rebels. In that famous picture of Patrick Pearse surrendering to General Lowe in Parnell Street on Easter Saturday, standing to the right of the general is his son, John Muir Lowe.

Ten years after the Rising, Lowe, now known as John Loder, was plying his new trade in Hollywood. Perhaps his greatest Hollywood achievement would be his marriage to screen siren Hedy Lamarr. 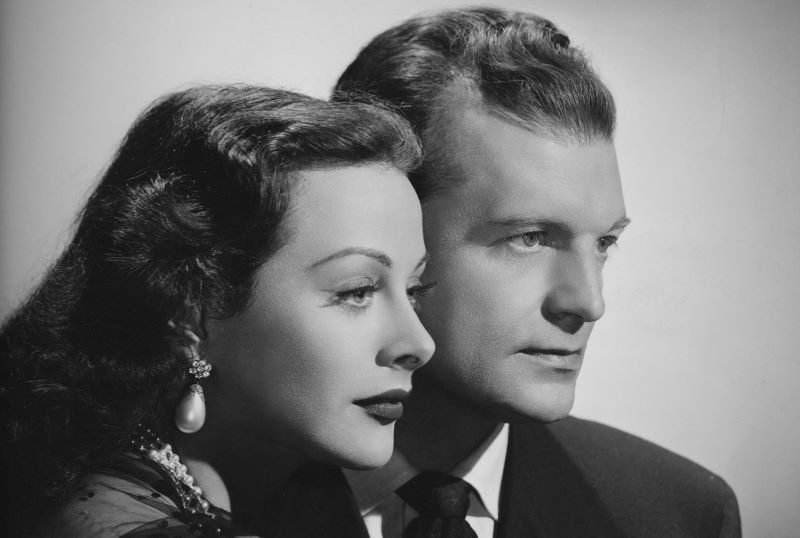 Ironically, both Shields and Loder, paces apart on Moore Street on that historic Easter Saturday, would appear together in John Ford’s "How Green Was My Valley" twenty-five years later.

Although he never spoke about it, one Irish rebel had a remarkable career both as a revolutionary and as a Hollywood matinee idol. As George Brendan Nolan, he worked as a courier and doppelganger to the legendary Michael Collins. In Hollywood, renamed as George Brent, he was to star in numerous motion pictures, teaming up with Bette Davis an extraordinary eleven times, including in such classics as "Dark Victory" and "Jezebel," which earned Davis the Best Actress Oscar. 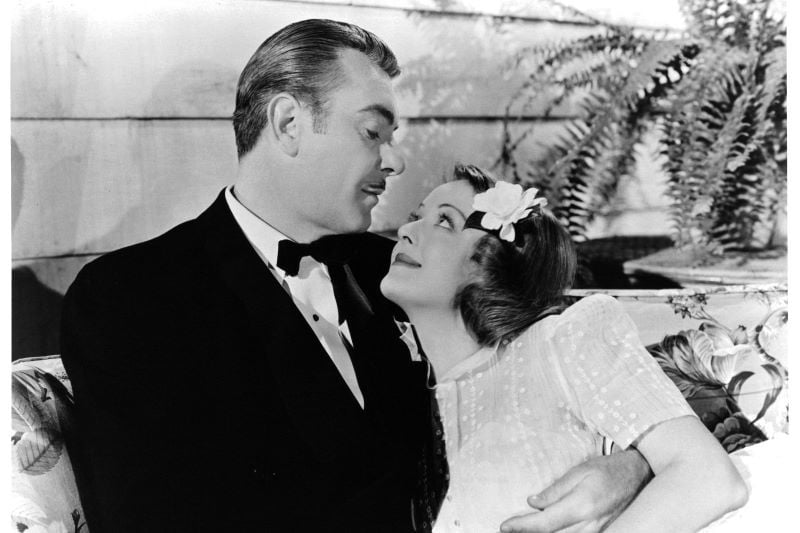 He also had a steamy off-screen affair with Davis which lasted over two years. And one could say Brent definitely “went Hollywood,” matching the stereotype by marrying five times, including a short union with Ann Sheridan, the legendary “Oomph Girl” of Warner Brothers fame in the 1930s and 40s.

Brent is probably most famous for his portrayal of Professor Warren, the affable, albeit cold-blooded killer, in the cinema classic "The Spiral Staircase," opposite Dorothy McGuire as the terrified mute.

Several of Brent’s biographies mention that he belonged to one of the IRA’s Active Service Units (ASU). ASUs were squads put together by IRA leaders for a particular purpose. They were full-time jobs for which the members received a salary. For example, Michael Collins' famed Squad “The Twelve Apostles” was an ASU unit charged with carrying out assassinations against the British Secret Service. Most ASUs were charged with harassing the British or doing such things as stealing munitions or automobiles.

I checked through the Irish Army’s pension and witness statements and did find a Gerald Nolan who was a member of an ASU. But it is not the same Nolan, as he was older than Brent and a veteran of the Rising. Brent was born in 1904, making him only 16 when he worked for Collins. He would have been too young to participate in 1916.

But I did come across an interesting piece written by Helena Mulkerns, granddaughter of Jimmy Mulkerns, the legendary “Rajah of Frongoch.” Published in the Irish Echo in 1997 “So, what did you do in the war, Grampa?” Helena recalls the colorful life of her grandfather and his connection to both Collins and Brent.

Mulkerns fought in the Church Street/North King Street area—one of the bloodiest locations—during Easter Week and like a lot of the rebels eventually ended up in the Frongoch prison camp in Wales along with such prominent future rebel leaders as Richard Mulcahy, Dick McKee, and Collins. Mulkerns became the Frongoch “Rajah” because of all the entertaining he did in the camp to keep up the spirits of the imprisoned rebels.

Mulkerns’ work is recalled by Lyn Ebenezer in "Fron-goch: And the Birth of the IRA": “On the 8th of August, another concert was held…That night the chairman was Jimmy Mulkerns, who, in the words of Sean O’Mahony, appeared ‘in the flowing robes of an Oriental,’ and was introduced by Peadar O’Brien as ‘The Rajah of Fron-goch,’ a nickname that stuck. Before his arrest and internment, Mulkerns had led a troupe of traveling entertainers named Palmer and Rimlock. He was also a singer-comedian and wrote songs and poems.” (One of the songs which he copyrighted under the pseudonym “The Rajah of Frongoch” is “Come Along and Join the British Army,” a satirical ditty calling out Irish MPs John Redmond and John Dillon for supporting the British Great War effort.)

According to Jimmy Mulkerns’ application for a pension from the Irish Army in 1935, after getting out of Frongoch in December 1916, he “received direct orders from M. Collins to work for National Aid.” [The National Aid and Volunteers Dependants Fund was the charity that Collins was running for indigent families who had taken part in the Rising.] He also kept his day job at the General Electric Company at #13 Trinity Street, just off Dame Street. Here he kept several bikes for Collins, plus changes of clothes. This was a favorite neighborhood for Collins, a short walk away from several of his offices and the Wicklow Hotel where he was known to hang out. Soon Mulkerns, the entertainer, would become a mentor to the aspiring Hollywood actor, Brent.

Helena Mulkerns wrote about Brent as a courier for Collins, but also about his second job as Collins’ doppelganger. “In Dublin,” she wrote, “his most convincing double was a young actor George Brendan Nolan. A tall, well-built young man that fit Collins’s official description, Nolan was interested in the stage but was also a full member of the Fianna Éireann. For many months he played the dangerous but successful role of stand-in for Ireland’s most wanted man. He would conspicuously attend a public meeting or event as a ‘Big Fella’ in expensive suits, and since the authorities were never quite sure what Collins looked like, they would follow him, thereby leaving the real leader free to go about his business.”

Then, suddenly, in 1920, Brent disappeared. “…Dublin Castle issued a warrant for Nolan’s arrest,” wrote Helena, “that charged him with treason against the state, a crime punishable by execution, Collins’s spies immediately informed the leader who thus arranged Nolan’s urgent, secret escape out of Cobh harbor in County Cork. As the Black and Tans thundered through the quiet village of Watergrasshill, just 12 miles away, bent on arresting Nolan, he was already bound for New York and a new life. They had missed their quarry by only a few hours.”

Jimmy Mulkerns was arrested right after Bloody Sunday in November 1920 and spent the rest of the War of Independence in prison. He went on to lead a full life and is the father of Val Mulkerns, a celebrated writer and RTE commentator, and the late Jim Mulkerns, a noted Irish filmmaker. According to his granddaughter, Helena, the next time Jimmy Mulkerns saw George Brendan Nolan it was in the cinema, although now he wasn’t a 16-year-old kid running errands for Michael Collins. Now he was George Brent, Hollywood star.

* Dermot McEvoy is the author of "The 13th Apostle: A Novel of a Dublin Family, Michael Collins, and the Irish Uprising and Irish Miscellany" (Skyhorse Publishing). He may be reached at dermotmcevoy50@gmail.com. Follow him at www.dermotmcevoy.com. Follow The 13th Apostle on Facebook here.