Who were the top Irish American Oscar winners of all time?

IrishCentral pays tribute to the Americans of Irish blood who joined the ranks of the acting elite by winning what many consider the ultimate award in the field – the Oscar. 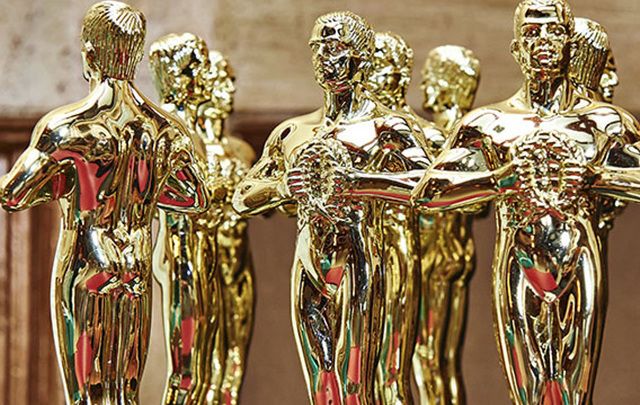 Ahead of the 90th Academy Awards, we take a step back in the history of the movies and look at past Irish American Oscar winners. iStock

IrishCentral pays tribute to the Americans of Irish blood who joined the ranks of the acting elite by winning what many consider the ultimate award in the field – the Oscar.

The Oscars 2020 is finally here! On Monday (Jan 13) the official 2020 Academy Award nominations will be announced ahead of the Oscar Awards in February.

As the world hold's its breath in anticipation, we take a look at all the Irish American great that have come before them as winners of the coveted gold statuette, an Oscar.

Read more: Saoirse Ronan misses out on Golden Globes, Once Upon a Time in Hollywood, 1917 win big

The Irish-American screen legend’s Oscar win was controversial; many believed Kelly didn’t deserve it and thought the Oscar should have gone to Judy Garland for "A Star is Born."

The Princess of Monaco may be a bit over-dramatic as Georgie Elgin, singer Frank Elgin’s (Bing Crosby) long-suffering wife, but we feel the need to pay homage to the unforgettable film star, whose Irish roots are traced to Louisburgh, County Mayo.

Read More: Grace Kelly's granddaughter Camille looks so much like her

This great American character actor and first-generation Irish American can be seen in classics such as "Gone with the Wind" (he plays Scarlett O’Hara’s father) and "It’s a Wonderful Life" (he’s Uncle Billy). His Oscar win finally came for his role in John Ford’s classic western, "Stagecoach," in which Mitchell plays the drunken Doc Boone.

Connelly gave a stellar performance as Alicia Nash in Ron Howard’s Academy Award-winning film. Her portrayal of the wife of schizophrenic and mathematical genius John Nash earned Connelly not only earned the actress an Oscar, but also a Golden Globe, BAFTA, and AFI.

Connelly traces her Irish roots to Co. Cork and told Irish America magazine in 2002 that she considers Ireland “hauntingly beautiful,” and considers James Joyce’s "Ulysses" one of her all-time favorite works.

In 2000, Kline told Irish America magazine that “Otto” was his first full-on comedic role, let alone a comedic role that was written specifically for him (Cleese wrote the part for Kline).

This first-generation Irish American, is one of the elite Triple Crown of acting winners, earning an Oscar, Tony, and Emmy during her career.

Stapleton’s Oscar win came with her performance in 1981’s "Reds." The film, starring and directed by Warren Beatty, centers on the life of Communist, journalist, and writer John Reed. Stapleton plays Emma Goldman, the Russian-born anarchist, and supporter of the Bolshevik Revolution.

Peck, whose grandmother was a native of Dingle, Co. Kerry, helped his character earn the title of “Greatest Hero in 100 Years of Film History” by the American Film Institute.

George Bernard Shaw is the only person to ever win both an Oscar and the Nobel Prize. He won an Oscar for the Best Screenplay Adaptation for 'Pygmalion' in 1938.

What Irish/Irish American actors working today are Oscar-worthy, in your opinion? Share your thoughts in the comment section