On this day: First NYPD cop to die in the line of duty was an Irish immigrant

It was 170 years ago when the first New York Policeman died in the line of duty. 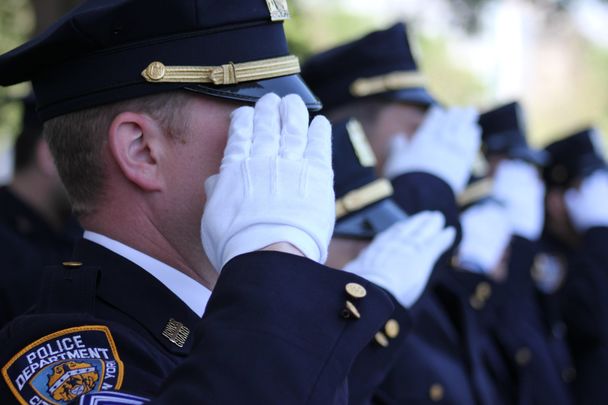 The first NYPD to die in the line of duty was patrolman Thomas Lynch, an Irish immigrant. Getty

Did you know the first NYPD cop to die in the line of duty was Thomas Lynch, an Irish immigrant?

It was 170 years ago on this day when the first New York Policeman died in the line of duty.

Patrolman Thomas Lynch entered his eternal rest on September 27, 1849, 14 months after he was assaulted during disruption on a New York City street.

The first NYPD to die in the line of duty, Thomas Lynch was an Irish immigrant who became one of the first recruits of the newly formed New York Municipal Police Force which was established in 1845. The forerunner of the NYPD started with some 1,200 policemen recruited mostly from the shiploads of immigrants arriving in New York from Ireland.

The Big Apple in those days was a city rife in riotous behavior. Rival gangs controlled certain areas and disturbances often broke out between nativists and immigrants. It was a disturbance like this which resulted in the demise of Patrolman Lynch.

A mini-riot broke out at a drug store at 16 Dover Street on Saturday night July 22, 1848. Patrolman Thomas Lynch was assigned to the 4th Patrol District (today is known as the 1st Precinct) and was the first lawman on the scene.

When he arrived at the scene of the disturbance on Dover Street he tried to mediate in the dispute but he was hit over the head with a heavy iron pipe. As Patrolman Lynch fell to the ground he was hit a further ten times before other policemen arrived and the perpetrators dispersed.

Read more: NYPD -- No Irish Need Apply seems to be the new reality

His badge is now on permanent display at the NYPD memorial in New York City.

Patrolman Lynch was to spend the next 14 months in hospital slipping in and out of a state of unconsciousness. He remained on salary but with no medical coverage. Patrolman Lynch eventually slipped into a coma and his end of watch came on September 27, 1849.  His widow Anne was awarded a bonus by the city, which she then used to pay off her husband's medical bills.

Thomas Lynch became one of the first recruits in the New York City Police force and three years later he was to become the first to die in the line of duty. His badge is now on permanent display at the NYPD memorial in New York City.