More first responders have died since 2001 than were killed on Sept 11 and sadly that number continues to rise. Their message? Never forget 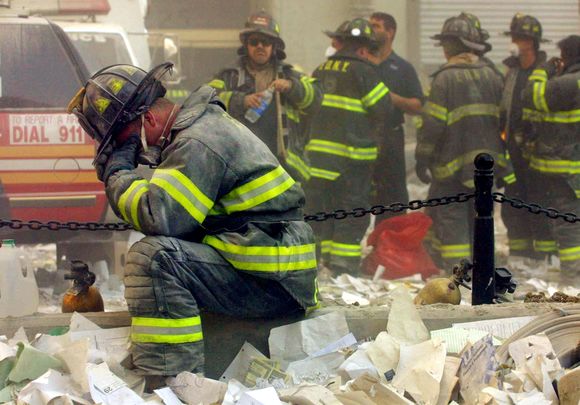 More first responders have died since 2001 than were killed on Sept 11 and sadly that number continues to rise. Their message? Never forget

Eighteen years after the largest terrorist attack on US soil, September 11, 2001, there are 33,000 first responders who suffer from illness and injuries while hundreds have paid the ultimate price and died from these illnesses brought on by their heroic service during that dark time. Tragically there have been, to date, 204 deaths within the FDNY and 241 in the NYPD due to 9/11 related illnesses.

These numbers mean that more first responders have died since 2001 than in the direct aftermath of the attacks. 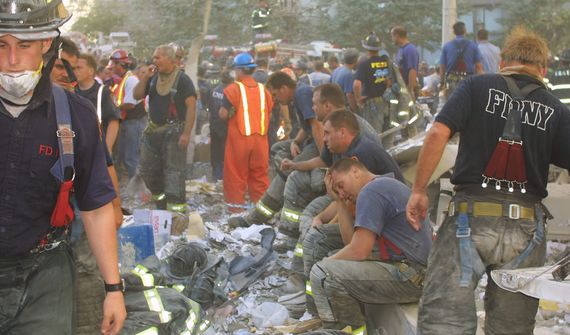 On September 11, 2001, Al Qaeda terrorists hi-jacked airplanes with three targets in the sights. Two planes crashed in the World Trade Towers, in New York City, killing 2,977 people. At the Pentagon, in Washington DC, 184 people were killed. A third terrorist attack on Washington D.C. was thwarted by the passengers and crew of the hijacked plane. The airliner crashed in Shanksville, Pennsylvania where 40 were killed.

Read more: Remembering Father Mychal Judge and our other heroes of 9/11

Hundreds and thousands of first-responders (firefighters, cops, soldiers, and others) spent months digging through the rubble of these attack sites searching for victims' remains. 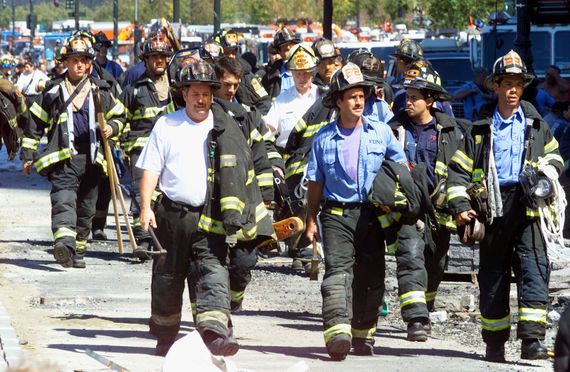 Armies of first responders manned the attack sites for months searching for the remains of victims.

Two-thirds of all World Trade Center responders have been effected with 9/11-related illnesses and injuries. Exposure to the dust at the World Trade Ground Zero and other toxins left many responders with a deadly strain of cancer.

ABC News also reports that FDNY members who showed up directly after the attack were 44% more likely to get sick than those who came a day later, according to the Journal of the American Medical Association by Albert Einstein College of Medicine at Yeshiva University. 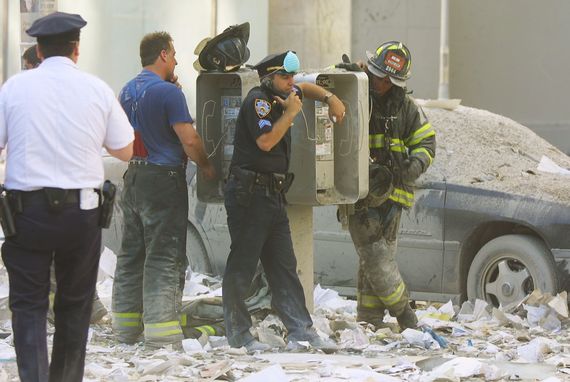 CBS spoke to Matthew Desjardin of the Uniformed Firefighters Association about how they’re helping each other cope.

“It never gets easier. Every time we have a new one. We have just a new firefighter now in Queens, he came down and got sick,” he said.

“I hope to God it slows down but from what we’re seeing it doesn’t look like it’s going to.”

Read more: The Irish pub that became home base for Ground Zero workers after 9/11

First responders have been lobbying the US government for aid and compensation for those suffering and families of those who lost their lives. 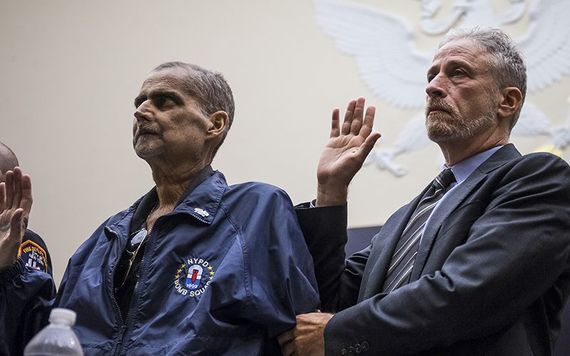 Former NYPD detective Lou Alvarez and Jon Stewart in the US Senate this June.

Speaking in the US Senate in June, just before he passed away from cancer Alvarez said "You all said you would never forget. Well, I’m here to make sure that you don’t."

In July of this year, the Victim’s Compensation Act passed with funding through 2092, essentially making it permanent.

Alvarez, a 53-year-old, who had battled through six rounds of chemotherapy left behind his wife and three sons aged 14, 19 and 29.

NYPD Deputy Commissioner Robert Ganley told ABC "The unfortunate part is that number continues to grow... It's heartbreaking. It's very sad. It's sad for the department. It's sad for the families left behind."

The message coming from 9/11 responders? "Do not forget".

Read more: Memories of a day that seared my soul

Here's a recent report from the CBS local TV news:

Should more have been done, earlier to compensate the first responder of 9/11? Let us know your thoughts in the comments section below.